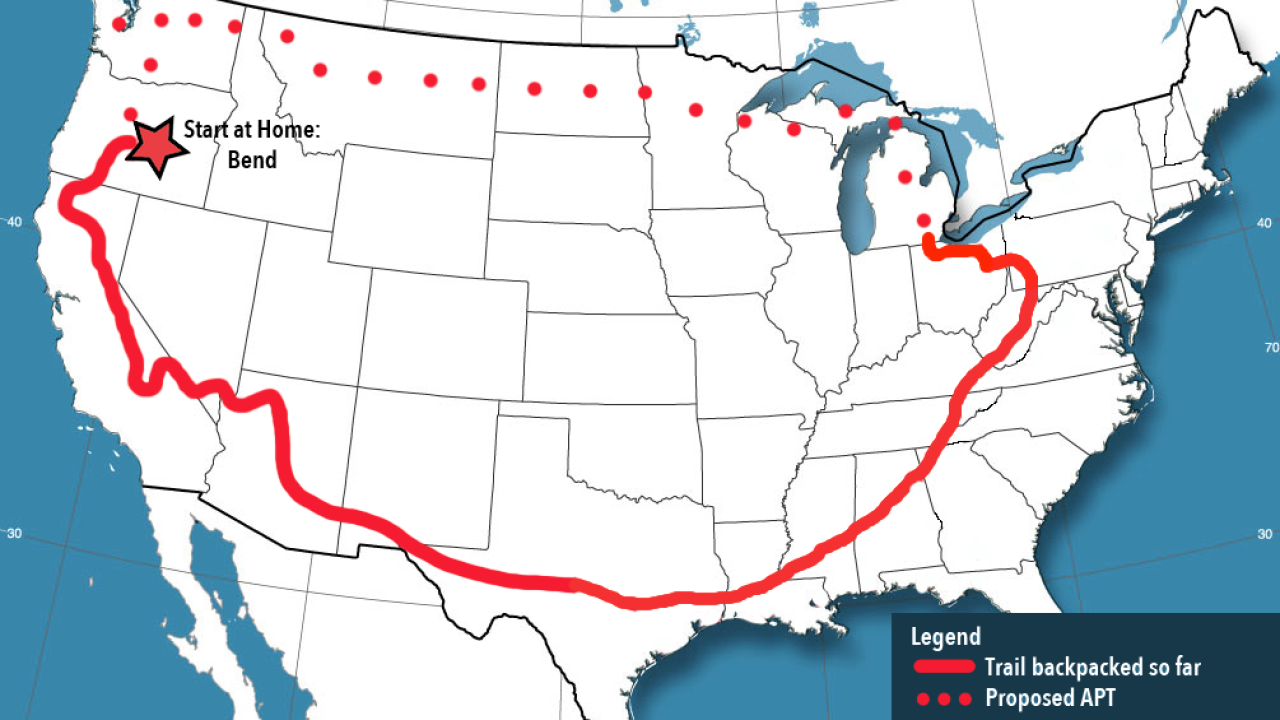 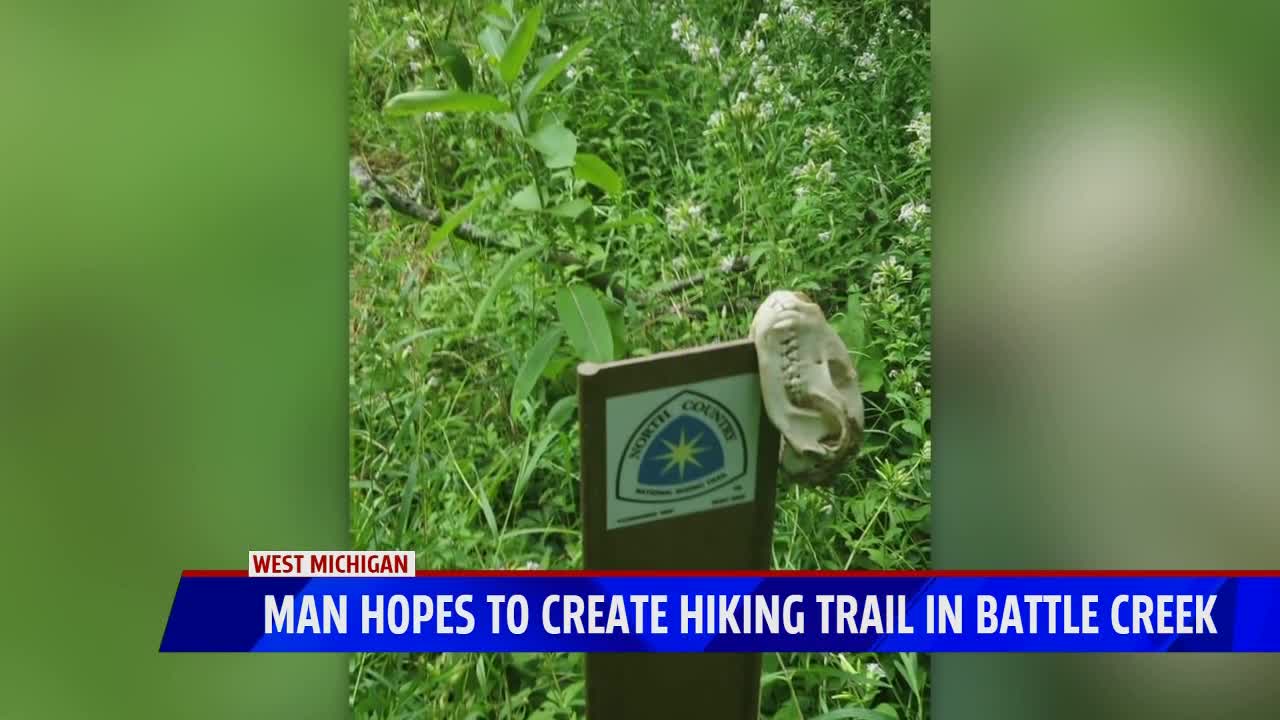 BATTLE CREEK, Mich. — A man from Oregon is in West Michigan this week creating a hiking trail and hopes it eventually becomes a National Scenic Trail.

Rue McKenrick is taking it one mile at a time.

“I wake up in the morning, and I pack up camp,” said McKenrick. “I figure out what my route's going to be for the day.”

Right now, he’s on a roughly 12,000-mile journey, hiking around the United States and mapping out what he calls the American Perimeter Trail Project, to “create not just a recreational trail that goes roughly around the perimeter of the contiguous United States, but to also create a conservation corridor within, that connects communities all over,” said McKenrick.

McKenrick says the idea started about 10 years ago, originally as a personal goal.

“I thought this is something we could get for everyone to enjoy, not just me ... but for people to enjoy for a weekend trip or a day trip,” he said.

McKenrick left his home in Bend, Oregon, last July. He headed south, then came east through the Appalachian Mountains before arriving in Michigan last week.

He’s walking existing trails while trying out new tracks, figuring out which ones will work the best in the project’s final design.

“It’s really important for me to get a buffet of everything around, not just something that has guidebooks written about it,” said McKenrick.

He’ll make he way along the U.S.-Canadian border, then head back home to Oregon. Once there, McKenrick says he’ll form a non-profit organization that will work to formalize the trail.

McKendrick estimates the project will take decades but hopes it eventually becomes the 12th National Scenic Trail, connecting people one mile at a time.

“A trail is not just a dirt path in the woods, and backpacking to me is not just a sport,” said McKenrick. “We find ourselves in a very divisive society right now. This is an interconnected part of between communities, some kind of thing that we can share in a positive way.”

McKenrick says he is a professional backpacker who gets sponsorships from businesses. He is also relying on “Trail Angels” during his journey to help house and feed himself.