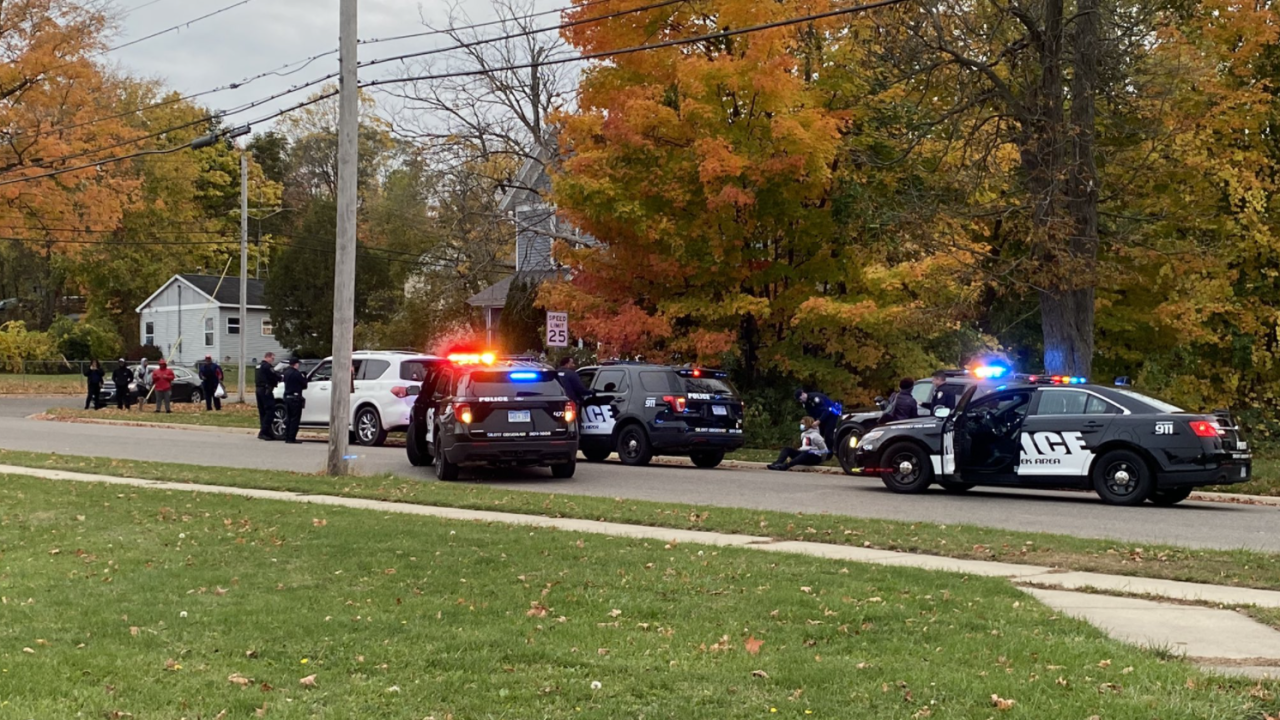 Lauren Kummer/FOX 17
Battle Creek Police conducted a felony traffic stop on a white Infiniti XC80 on Tuesday night. Police said the stop resulted in three arrests and the retrieval of a stolen handgun.

BATTLE CREEK, Mich. — The Battle Creek Police Department said a stolen handgun has been recovered after receiving a tip that a vehicle was transporting several illegal weapons on Tuesday night.

Police said shortly before 6 p.m., they received the tip that the vehicle would have several weapons, including a long gun and two handguns.

A corporal with BCPD's Gang Suppression Unit said shortly after 6 p.m., an officer conducted a felony traffic stop on a white Infiniti QX80 at Willow Street and Main Street.

Several officers were also dispatched to the location and waited for the subjects to get out of the vehicle to keep the situation as safe as possible.

Five people were in the vehicle, according to police. Out of the five, police arrested two 21-year-old males and one 22-year-old male for being in possession and out on bond for felony weapon offenses.

Police also said they have submitted a warrant request for a 17-year-old male who was in the vehicle.

Names are not being released until arraignments.

The BCPD's Gang Suppression Unit was able to locate and recover one stolen handgun out of Battle Creek.

The unit said there has been a recent increase in firearms taken off the street. The handgun was the fifth recovered from traffic stops in the last two weeks, according to BCPD.