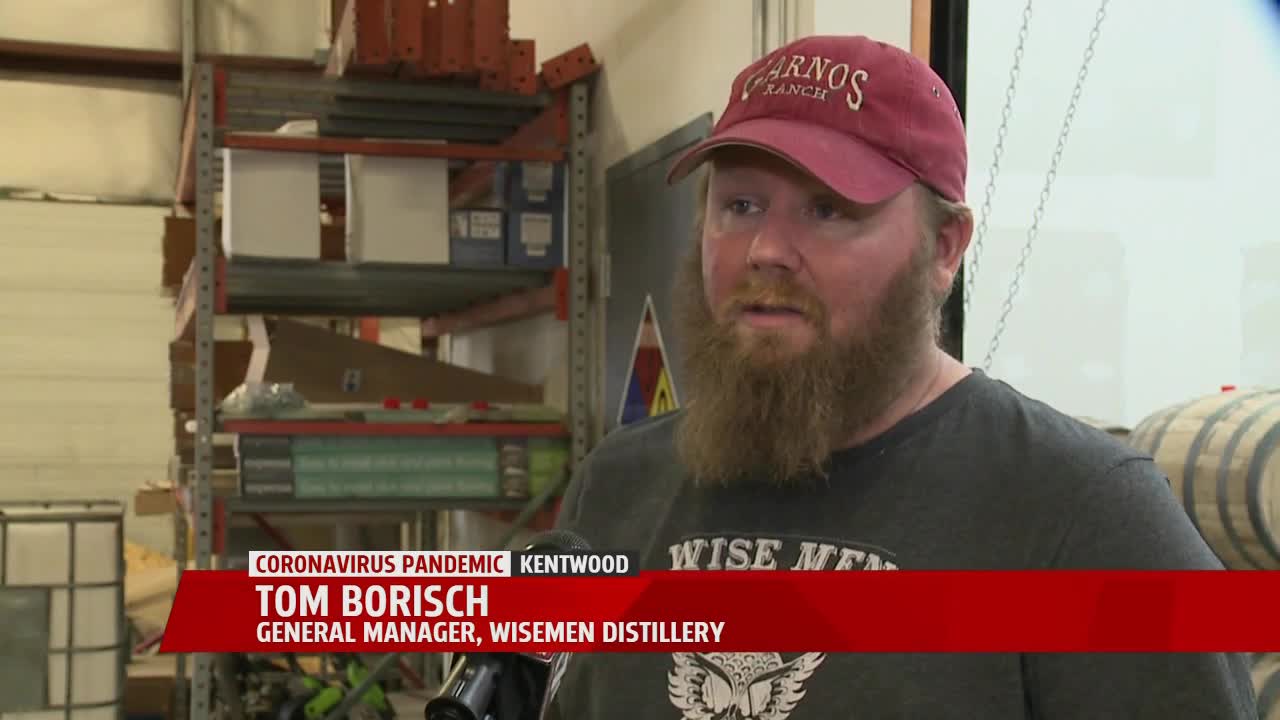 But when the global pandemic hit, they found themselves switching up their production to keep their doors open, and to help their community. Now, they're making hand sanitizer.

Borisch says they've already donated hundreds of gallons of their 80% alcohol hand sanitizer to Kent County, Eaton County, and first responders across the state. They're also donating to those working on the front lines.

“(We) had a lady call us yesterday, she is a wife of a ICU doctor and every day he comes home and she’s worried about him. And so she wanted to know if she could buy some and we said you could have it. Those people, they’re risking their lives every day and we’ll do anything to reward them for that.”

Borisch says along with donations, they've been distributing the sanitizer to lots of big companies to help keep their doors open.

They say they're producing about 1,200 gallons of hand hand sanitizer a day.

“We’re going gang busters trying to make as much as possible and trying to honestly sell it at a price where we can just stay open and keep doing it," Borisch said. "...we haven’t had to take any SBA loans or anything. We can leave that money for other people that really need it.”

Borisch says he's thankful for his team for coming together.

“You know it’s amazing to see what the world is doing, it’s just so cool. Everyone’s coming around each other. It’s good stuff.”