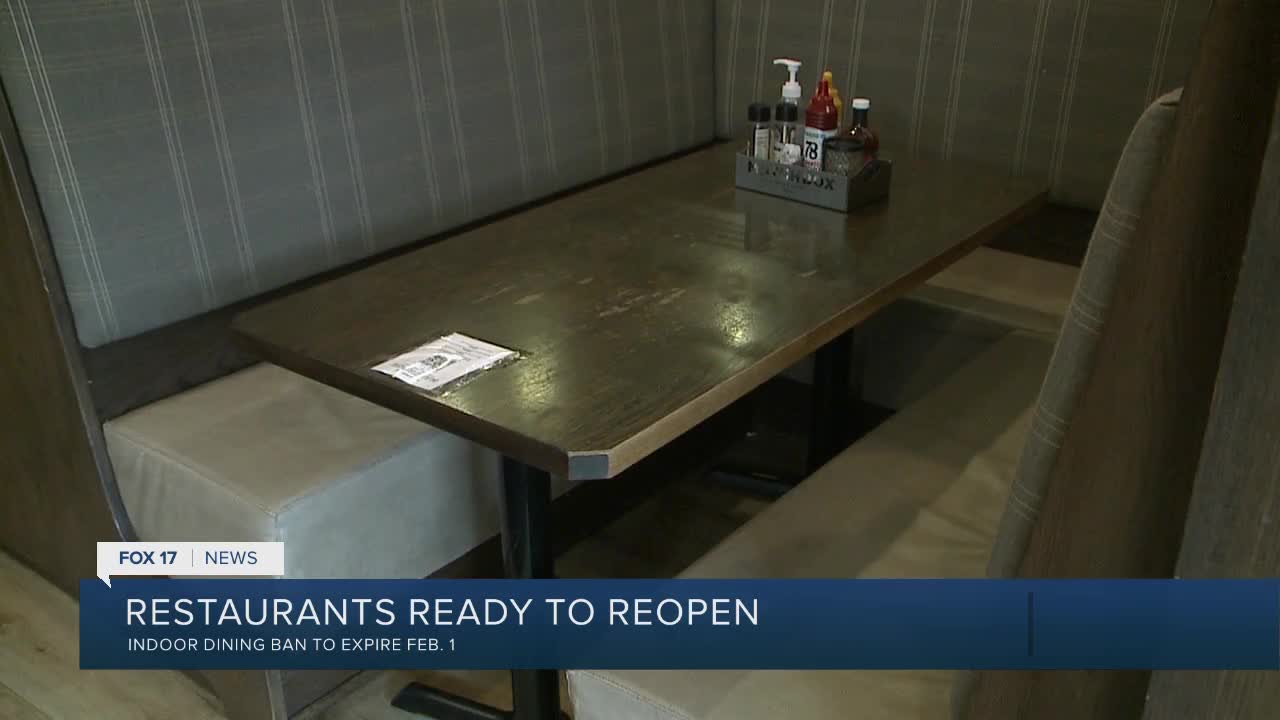 GRAND RAPIDS, Mich. — Governor Whitmer said in a press conference Wednesday the state is looking into reopening indoor dining, which has been closed since November, on Feb. 1.

The current MDHHS order suspending indoor dining was set to expire Friday. That Feb. 1 opening date might sound exciting to some, but the owner of a small restaurant group in West Michigan says they were hoping for much sooner.

“The second they say we can open back up, as long as it’s for indoor dining, we’re going to do it,” owner of Matchbox Diner Eric Chaitin said.

Eric Chaitin owns several small restaurants in Grand Rapids. He chose to close Matchbox Diner when indoor services were first suspended, saying to-go orders weren't enough to keep going. He was frustrated to hear restaurants won't be allowed to open up until potentially Feb. 1. That date, according to a press conference Wednesday, is also a tentative one...so long as COVID-19 numbers don't rise.

"I actually think the restaurants are some of the safer places to be open nowadays. I’m disappointed. I think it’s past time to get things going again," Chaitin said.

The Michigan Restaurant and Lodging Association echoed this disappointment saying Michigan restaurants have been closed for more days than any other state and that guidelines to reopen have been met, calling the extension "unacceptable."