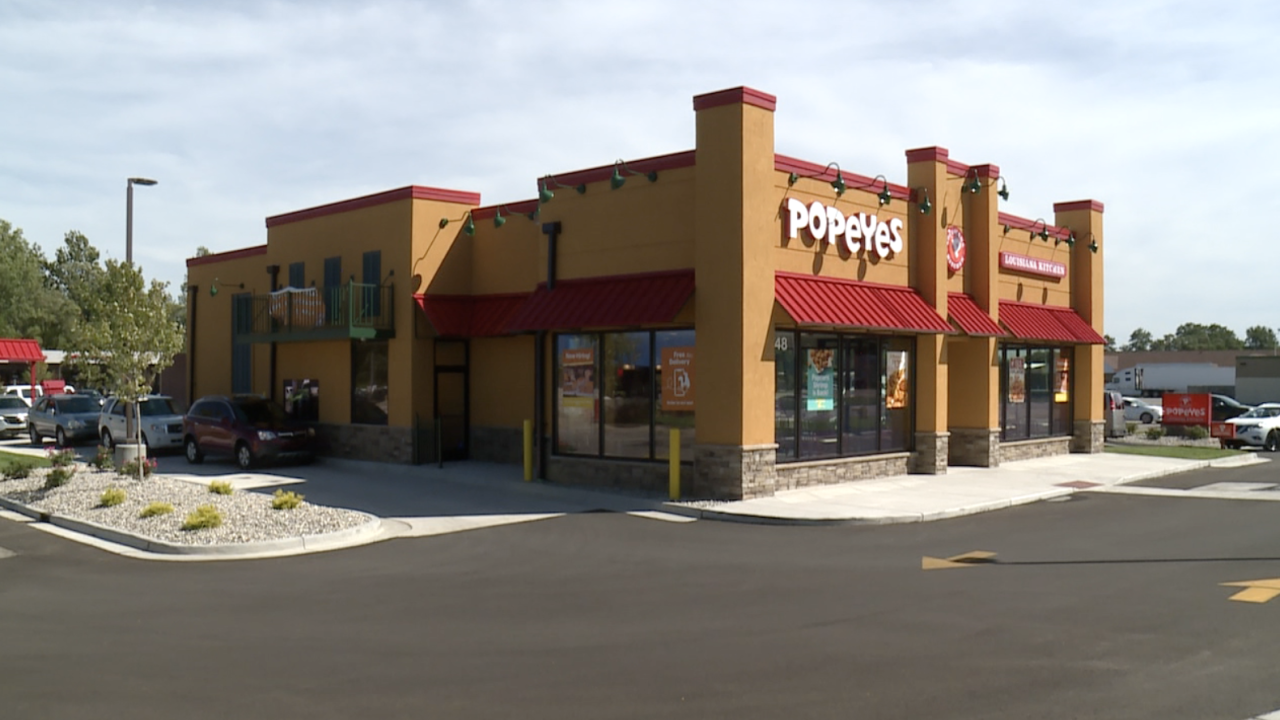 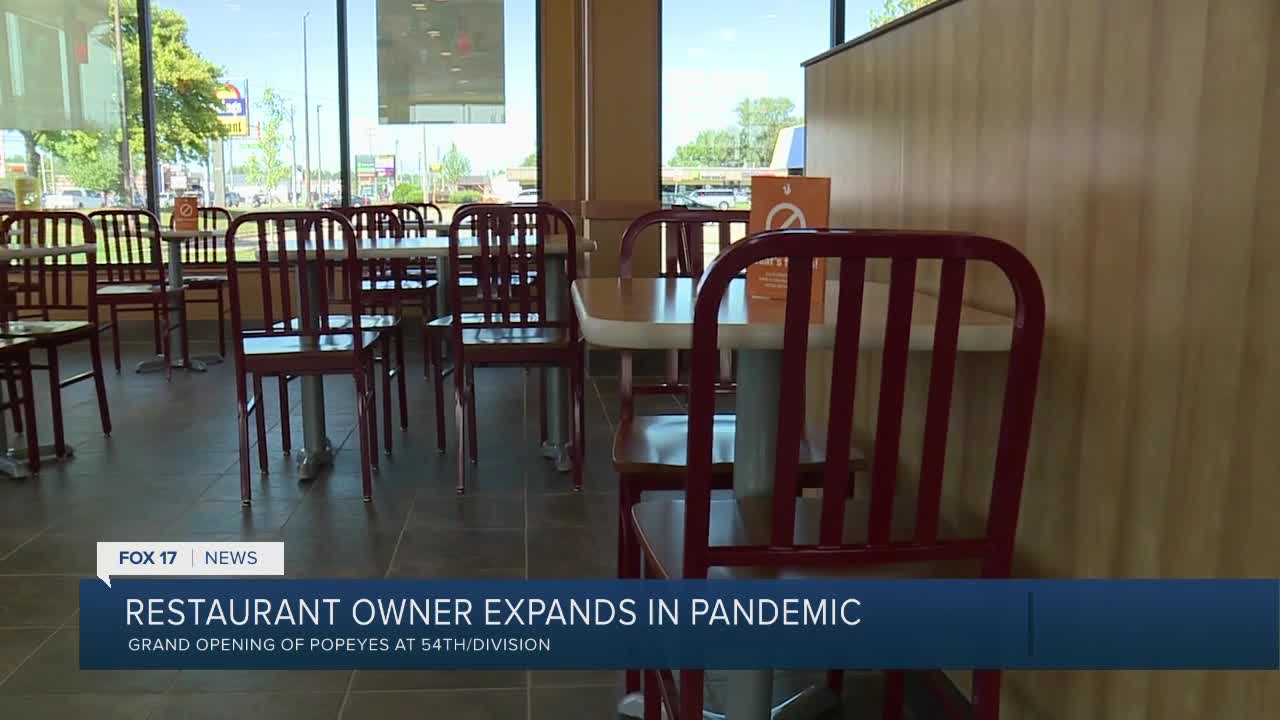 KENTWOOD, Mich. — Cars have been lining up in the drive-thru since a new Popeyes restaurant, located near 54th Street and Division Avenue in Kentwood, opened Monday.

It's the third Popeyes location for owner Anthony Basile. In 2018, he opened a location in Greenville, followed by one on Apple Avenue in Muskegon last year.

"It was quite a journey," Basile told FOX 17 News. "I've always wanted to own my own business. Ever since I got into high school, I definitely knew that was my path...I saw an opportunity when it came to developing the Popeyes brand."

Construction began on the Kentwood location last Fall, with plans for an April opening initially.

"Then covid hit and then obviously presented some struggles," he said. "It was tough."

Basile said there were many challenges presented by the pandemic, including finding sufficient staffing to open the restaurant.

"We didn't get as many adults as we wanted [to apply]," he explained. "It definitely added some time to our original opening date."

Since opening this week, customers have been happy to get some of their fried chicken favorites.

"This market is really heavy on the spicy chicken, they love the red beans and rice," said Basile.

And what about the chicken sandwich that launched a craze last year?

"It's still selling, still amazing and the customers still love it," he said. "We have people that will come up and they'll ask for 30 of them...it's still just a hot product and people still ask if we have it, so the hype has not died down."

Despite the uncertainty surrounding the economy during the pandemic, Basile is also pressing on with plans to open a fourth Popeyes location, at 28th Street and Breton Avenue, on the site of the old Tim Hortons.

"We'll open when the time is right and when we're ready. I'm pretty confident that's it's going to be the beginning of October, end of September, and that's our plan for now."

Right now, only the drive-thru is open at the new Kentwood location.

Basile said he plans to add takeout/online options soon, and hopes to open the lobby by October.