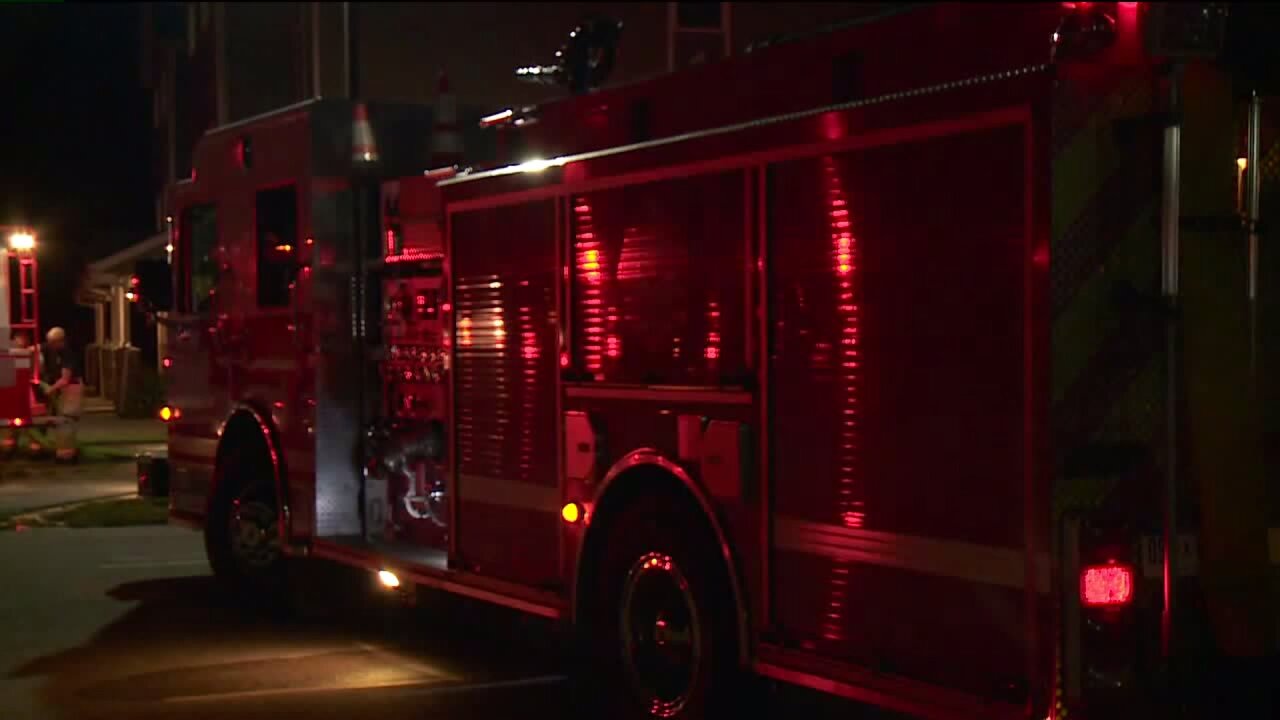 CALEDONIA, Mich. — A total of five fire departments are working through the night to try and put out a house fire in Caledonia.

The fire broke out around 11:40 p.m. Thursday night at a home surrounded by brush off 68th Street Southeast near Broadmoor Avenue SE in Caledonia.

We're told the home, which is about a quarter-mile from the road, was abandoned for the last two decades and firefighters say they had to break a gate to get into the property which had been overgrown with brush.

There were no fire hydrants immediately nearby so firefighters are forced to bring water with tankers to the scene.

Caledonia Township Fire Chief Kyle Fennell says when they arrived the flames were 30-40 feet tall. So far, firefighters say they have used 30,000 gallons of water.

As of 2 a.m. Friday there are still several fire departments working to put out the fire.

Photos sent into the FOX 17 newsroom by viewers show just how the large the fire was when it broke out. We're told flames were scene from I-96.

Firefighters on scene say no one was home at the time of the fire and no firefighters were injured.

Chief Fennell says the fire is under investigation and fire investigators will be out surveying the scene on Friday.

Stay with FOX 17 for the latest.