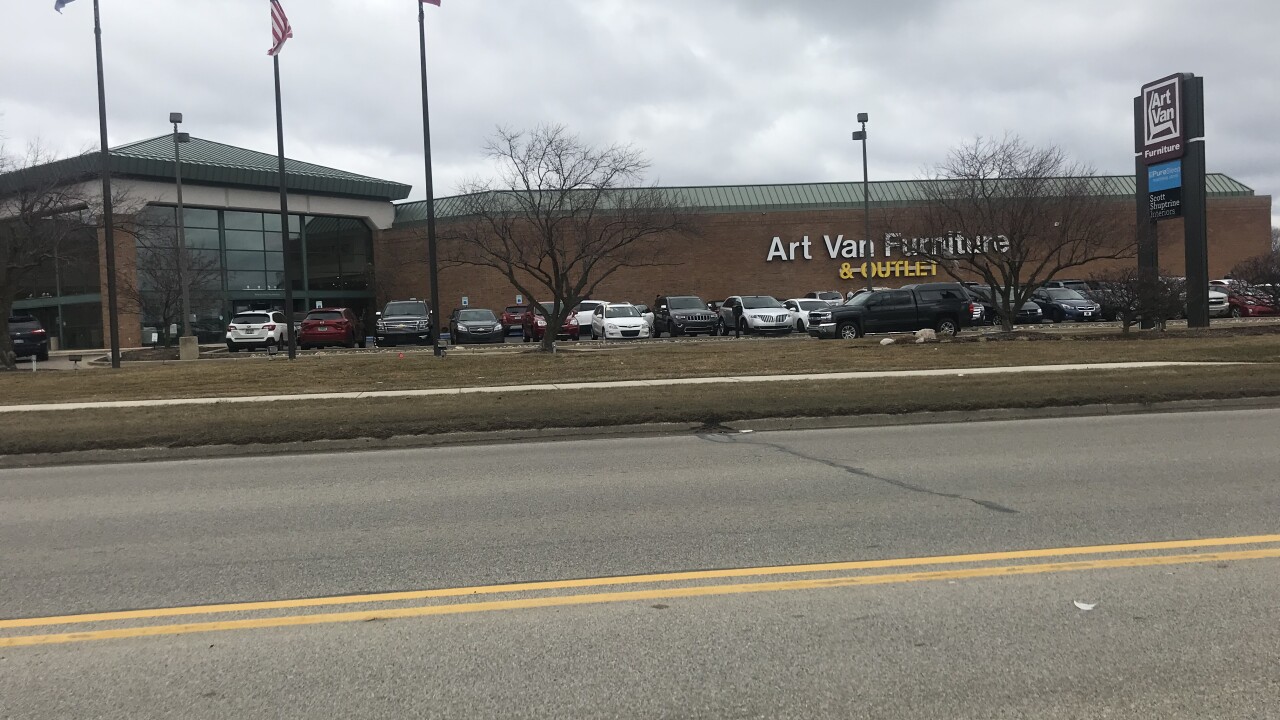 KENT COUNTY, Mich. — Liquidation started today for Art Van Furniture stores across the Midwest as nearly 200 stores prepare to close. Thursday, the company announced it was filing for bankruptcy. Friday, parking lots at West Michigan locations were packed. Some people looked for deals. Others tried to straighten out warranty issues.

"There's no sales in there at all," Lynn Hillard said.

He explained, "I'm automatically assumed the price is gone be better. So I come in here just now and the price is $49 more than when I was going to pay for it 3 months ago."

Hillard was disappointed in the sales, but he knows it could be worse. He says his son-in-law recently bought leather furniture from Art Van, along with a warranty.

"He bought an $800 package to maintain for a period of time and he just got it here less than a year, and they're not going to honor it," he said.

No warranty. No refund. That news brought a second group of customers to the store Friday -- those hoping to resolve warranty issues they say've been trying to fix for months with no success.

Ann Huff said, "Issues with furniture that had warped, and then trying to utilize the warranty that I had and such a hard time in getting it resolved."

She added, "I'm like 'ok, you guys took my money with no problem. But then when it comes time for something to get repaired, you know, it's just a hard thing to do for them.'"

Carlotta Bracken said, "I've been coming out here getting the runaround about the service."

She says she was told one thing on the phone and another thing in-person.

Even more devastating news is the fact 3,000 employees are on the verge losing their jobs. The majority of them are not in a position to help customers who are left holding the bag.

Bracken said, "I come out here today. They say they not honoring nothin'. You just lost everything."

"Most of my house is Art Van, and I had paid for all extended warranties on everything," she explained.

Huff said, "On the other side, I just feel bad for the people that's in there working that is losing their job. The lady that was taking people and asking questions, you could tell she had tears in her eyes. It was just a sad moment."

People who financed their furniture purchase are still expected to pay. That debt is an asset for the company and does not go away.

Their website is currently down, but the company is supposed to be updating it to provide information about warranties and returns.
FOX 17 reached out to Art Van corporate for more information. As of news time we've not heard back.