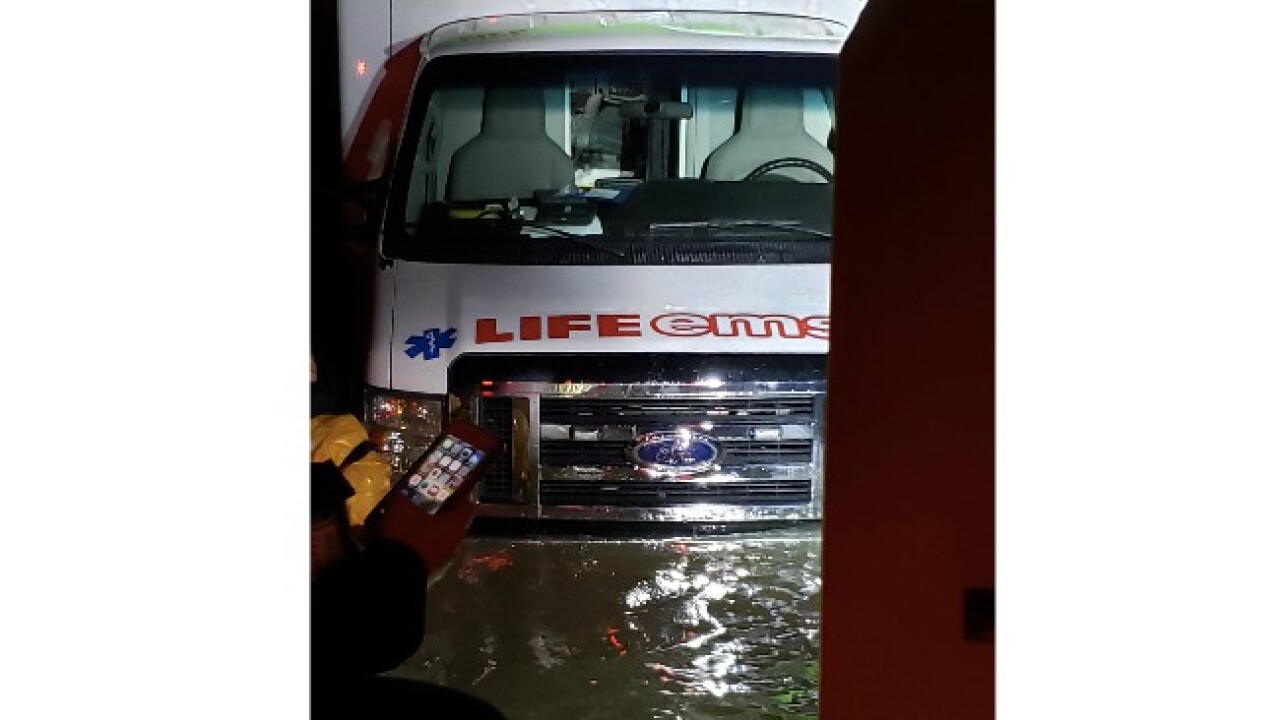 PLAINFIELD TOWNSHIP, Mich. — The Kent County Sheriff's Office had to use a tactical vehicle to help first responders get to someone suffered a medical emergency.

Dispatchers received a call around 11:41 p.m. Thursday night regarding a 74-year-old having a hard time breathing. An ambulance and firefighters were sent to the person's home on Willow Drive, but neither could make it due to flooding over the road from the Grand River.

The ambulance was stranded in about two feet of water on the road and the Plainfield Fire Department was also unable to get their vehicle through the flooding.

A member of the Kent County Sheriff's Office Tactical Apprehension and Confrontation Team was in the communications center at the time and jumped into action. The deputy took the department's mine-resistant ambush protected tactical vehicle to the scene and got first responders to the patient's home.

The patient and the medical personnel were able to get to a waiting ambulance around 12:42 a.m. and got to a hospital.

After dropping off the patient, the deputy went to the first ambulance that was still stuck in the road with some members of the fire department and used the tactical vehicle to pull the amublance to dry ground.

Authorities say that while they are thankful the patient was able to get the emergency medical care they needed, they want the incident to emphasize planning and safety while dealing with flooding.

People who live in flood-prone areas are advised to make plans to temporarily relocate before water gets too high to drive on the roads and isolates them.