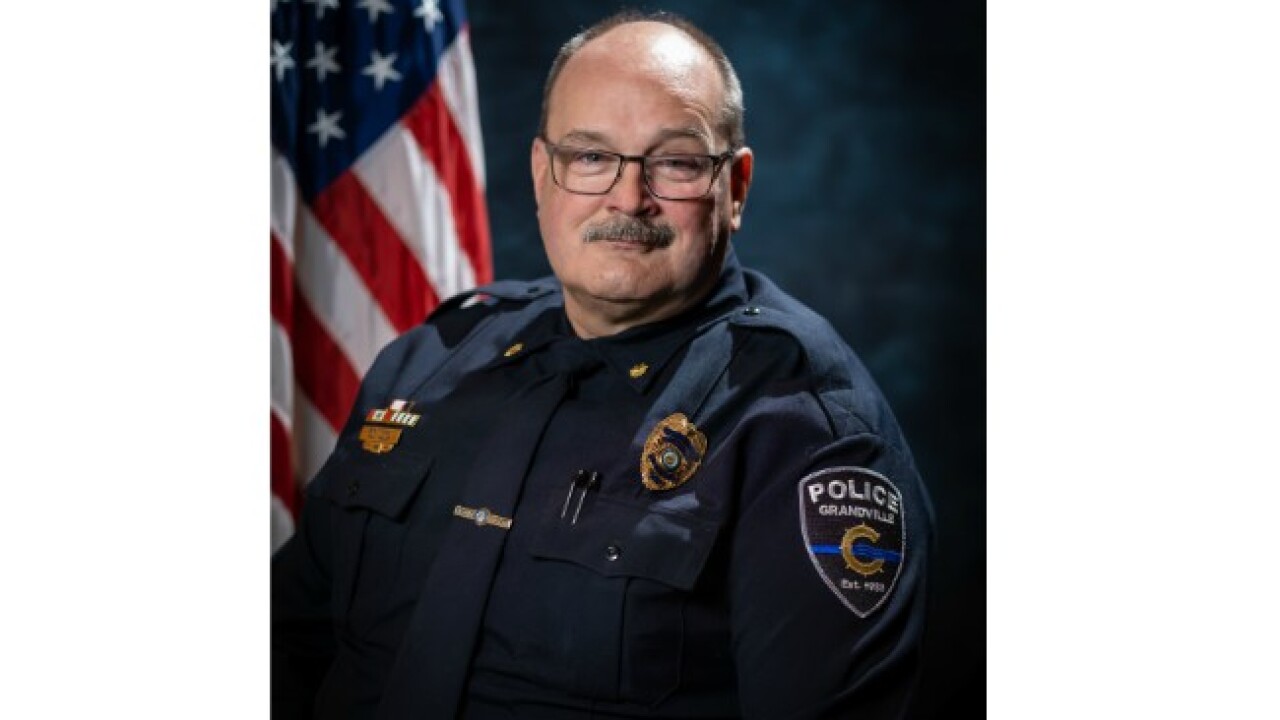 Copyright 2020 Scripps Media, Inc. All rights reserved. This material may not be published, broadcast, rewritten, or redistributed.
A photo of Grandville Police Chief Paul Anglim.

Paul Anglim was promoted to the position after serving as the deputy chief for Grandville’s police department since 2012. Anglim also served for the Wyoming Department of Public Safety for 27 years.

He has experience as an officer, sergeant, lieutenant and several other leadership assignments in training other officers, community policing and others.

“He has consistently demonstrated mastery of the elements critical to an executive post in police administration and has the right temperament to deal with all internal and external requirements of the position,” Krombeem said in a statement.