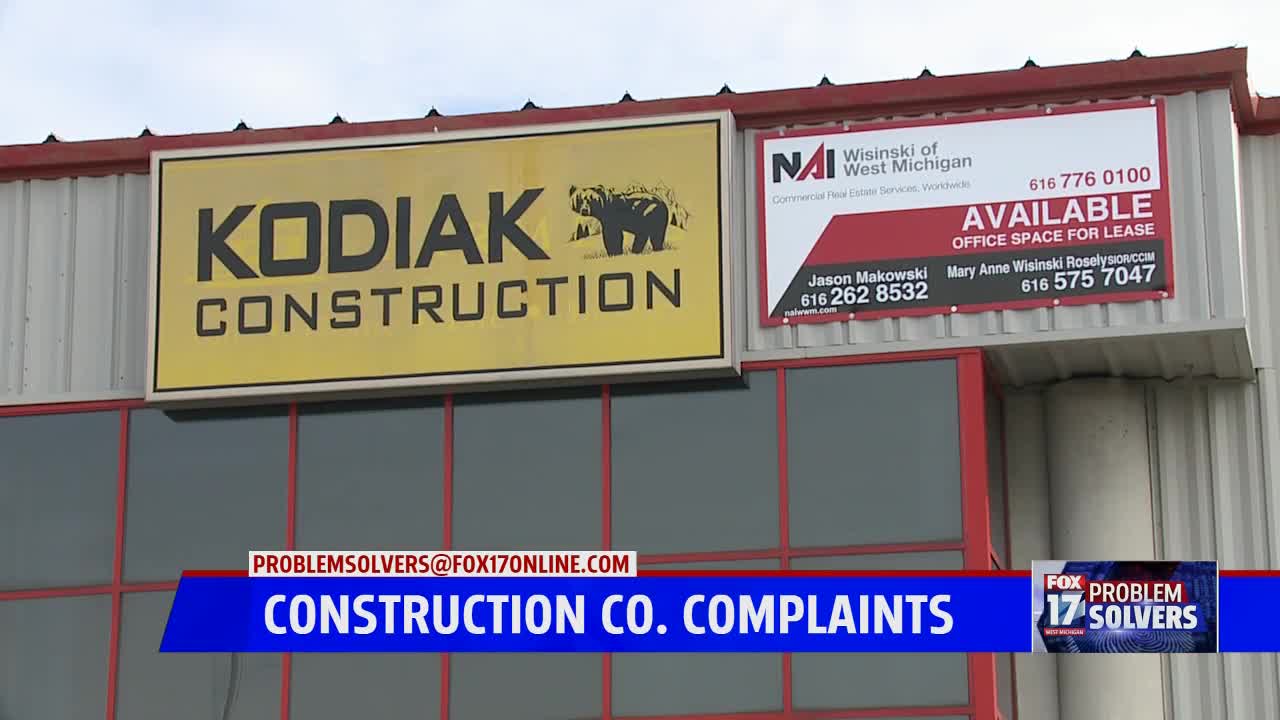 WYOMING, Mich. — Kodiak Construction is accused of taking off with thousands of dollars and not doing work paid for by customers .

Tom Poll in Coopersville says he paid to have laminate flooring installed on the first floor. He says he entrusted the owner of Kodiak Construction with the job.

Of that $6,295, Poll says Olson did mo work, "none." He says Olson gave excuses when asked why he failed to return. Now, Poll can't get hold of him.

"We're not really sure what's happening with Kodiak Construction," Troy Baker with the Better Business Bureau says. "We know that they've got more than a dozen complaints since December alone."

It's a pattern of complaints that Baker says is unusual for Kodiak, which has been doing renovation projects in West Michigan for nearly 20 years.

"The majority of those complaints are along those same lines ... (customers) put money down to start a project, and then that project never started," Baker explained.

The Problem Solvers stopped by Kodiak's business address in Wyoming last week. Kodiak is no longer there.

When we stopped by Gregory Olson's last known home address, he closed the garage door as we approached and decided not to come to the door. We also called and left a message for the company's vice president, Tim Hayes, who recently posted he's selling old filing cabinets.

Hayes never returned our call. No communication. It's the very thing the BBB says might be the first step towards a solution with its customers.

"I just hope that God touches his heart, and he does the right thing and gives people their money back," Poll says.

FOX 17 has not heard back from Olson Nor Hayes after reaching out to them last week. We'll keep looking into this one.