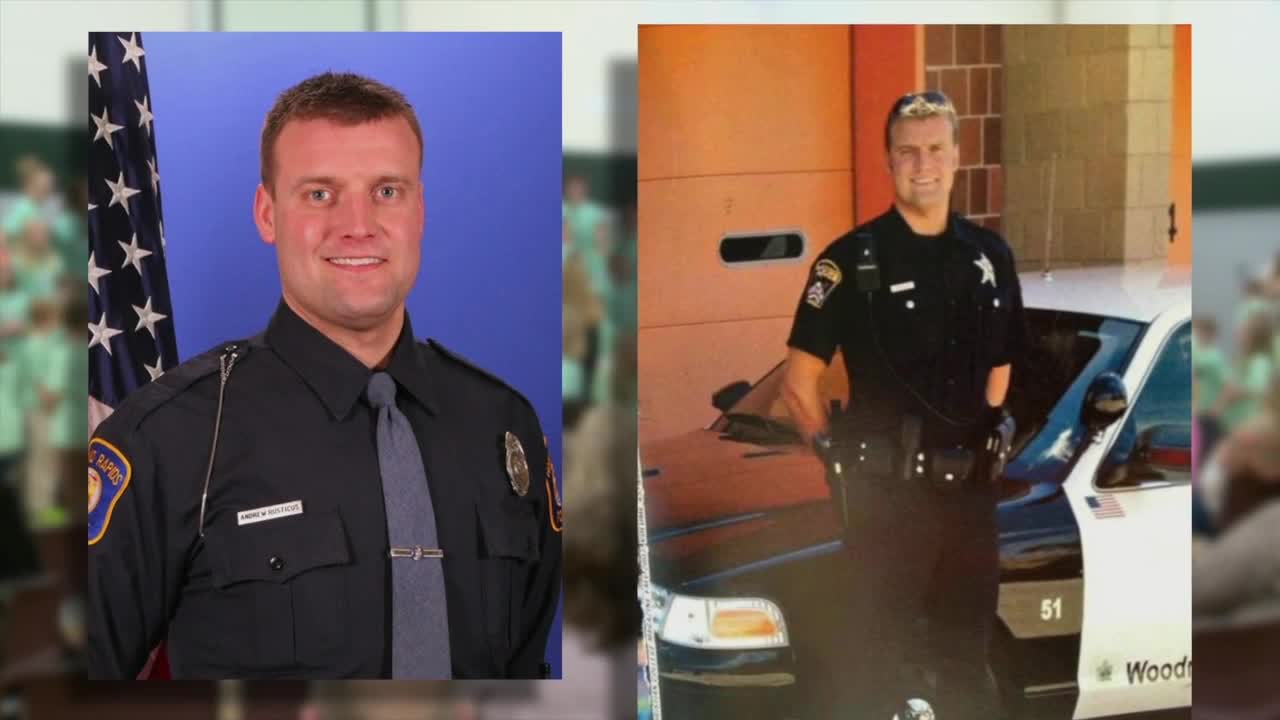 GRAND RAPIDS, Mich. — Students at a West Michigan school honored a fallen police officer by performing a musical rendition of a prayer he wrote before he died in 2012.

Andrew Rusticus died on Feb. 25, 2012 at the age of 29 after suffering a heart attack. Rusticus was training for an upcoming K-9 officer agility test at the time of his death.

Throughout the years since his passing, loved ones have worked to put on events that would carry the officer's legacy on. The popular K9K race that happens every year in Grand Rapids was started in his honor.

Speaking in front of students at Moline Christian Tuesday, retired Grand Rapids Police Chief Kevin Belk recalled how Officer Rusticus was known around the department. Saying, “his life dream was to be a police officer and he certainly had to rely on God to give him direction in that area.”

Rusticus often found strength in writing his own prayers.

On Tuesday, students at Moline Christian School took one of the poems he had written and performed a musical rendition of it.

Deputy Chief Scott Rifenberg used to work alongside Rusticus and said he was always open about his commitment to his religion.

“I think truly that law enforcement is a calling, a calling from a higher power. And I think Andy knew that," he said.

Rifenberg had a copy of the poem in his pocket when FOX 17 spoke to him Tuesday morning. He took it out, as he has done many times before, and read, “It says father thank you for your help and strength in the work you call us to do. Protect us by your spirit, tune us to your will and guide us to seek you first in all we do. In Christ, Amen."

With Tuesday's event, school administrators and loved ones of Rusticus hope to instill his life lessons on another generation of young people.

Belk finished out his speech by emphasizing the lasting impact his friend and colleague left on the world. “Certainly an extreme tragedy when he ended up passing away from a heart attack, but he has certainly left a legacy there, well known and we’re grateful.”