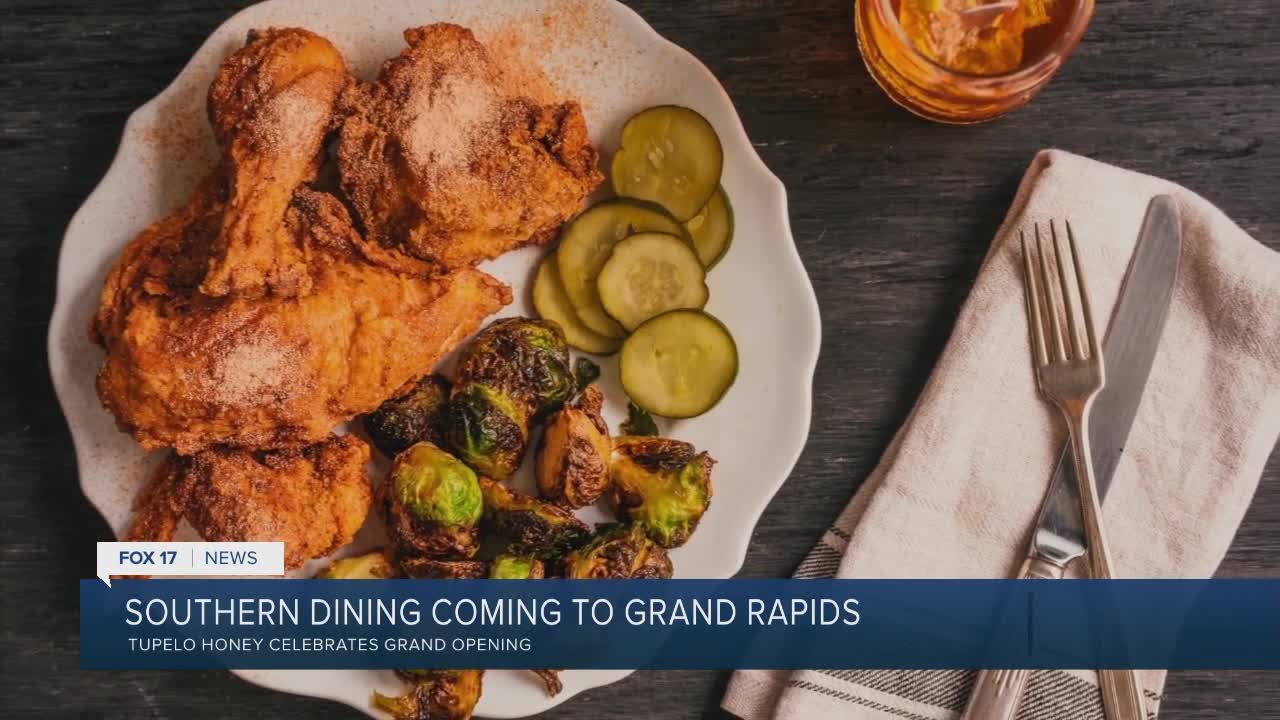 GRAND RAPIDS, Mich. — On September 29, Tupelo Honey will be celebrating the grand opening of their first southern kitchen and bar in the Great Lakes region, right in downtown Grand Rapids.

The general public is invited to enter for a chance to win a seat at a VIP menu tasting event ahead of the opening on September 19. The contest runs now through September 15 with the winner to be announced the following day. During this event, Tupelo Honey will be accepting donations for their charity partner, Feeding America West Michigan.