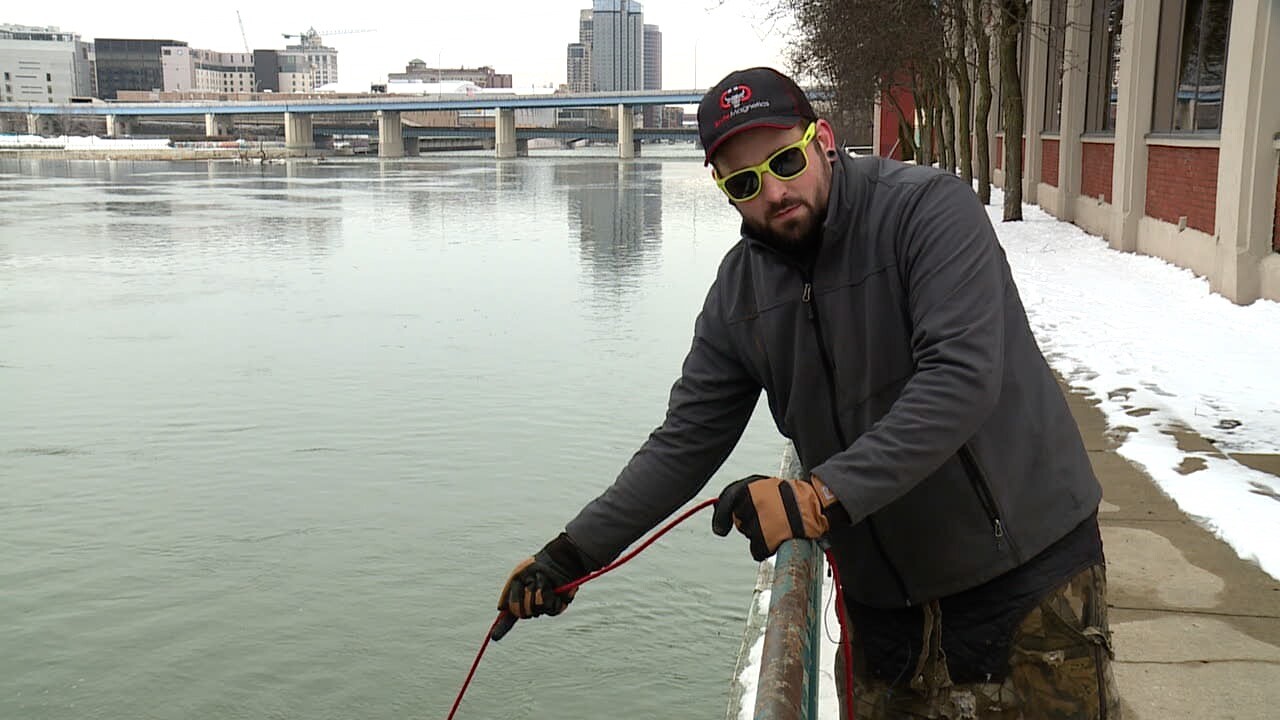 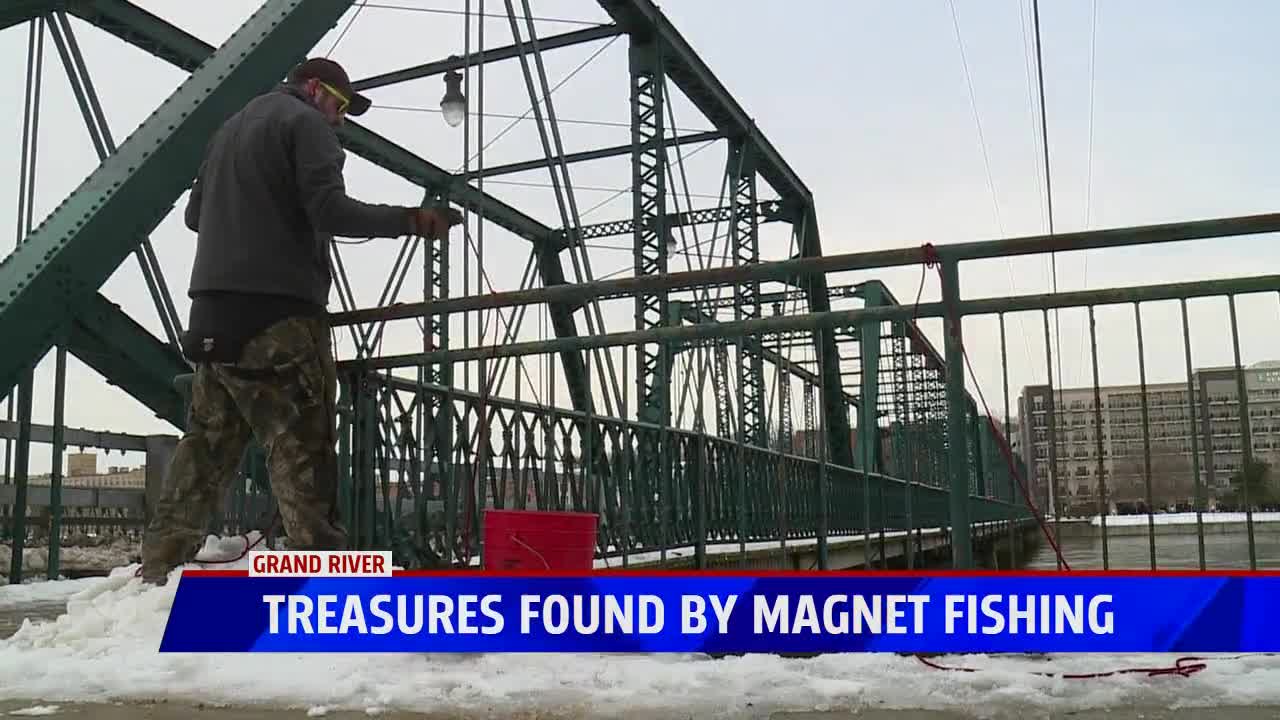 GRAND RAPIDS, Mich. — For the past few months, Joseph Alexander has been going to the Grand River near the Sixth Street bridge, where he has found passion for a unique hobby.

It’s called magnet fishing, but he’s not looking for fish.

“Everything that’s metal you’re going to pull it out,” Alexander said. "99 percent of the time it's scrap metal, but you do find some cool things sometimes."

Alexander has pulled out items like a live grenade that dates back to World War I. We first met him when he pulled the grenade out of the river last November.

“Ever since I found the grenade, it’s taken me to the next level,” he added, though weapons are not necessarily the “cool” things he wants to pull out of the river.

“The past three months, I’ve been doing this from Leonard to Michigan Street, and 15,000 pounds is what I got so far,” he explained. "And that’s just metal. Sometimes I’ll get a blanket hooked around my magnet; tarps, pieces of clothes, anything." That includes car parts, propane tanks and parts of railroad tracks, anything that doesn't belong in the river.

For Alexander, magnet fishing is more about environmentalism and making his hometown river cleaner than it was the day before. “It’s frustrating to me,” he said. "This is my city. I was born and raised here. I want (the river) to be clean, but I can only clean up so much with the magnet."

“This is about cleaning up the river. Yeah, occasionally I find something cool and I post it online, but that’s just a part of magnet fishing."

It’s a small part of magnet fishing, but it’s why he wants more people to get involved.

“The more people I get out here, the more stuff gets taken out of the river. Go get a magnet and get out here and help me out,’ he added.

If you want to keep up with what Joseph's pulling out, he documents it all on his facebook page.