'Like I raised my own wingman': Father, son from Grand Rapids deployed together while in Air National Guard 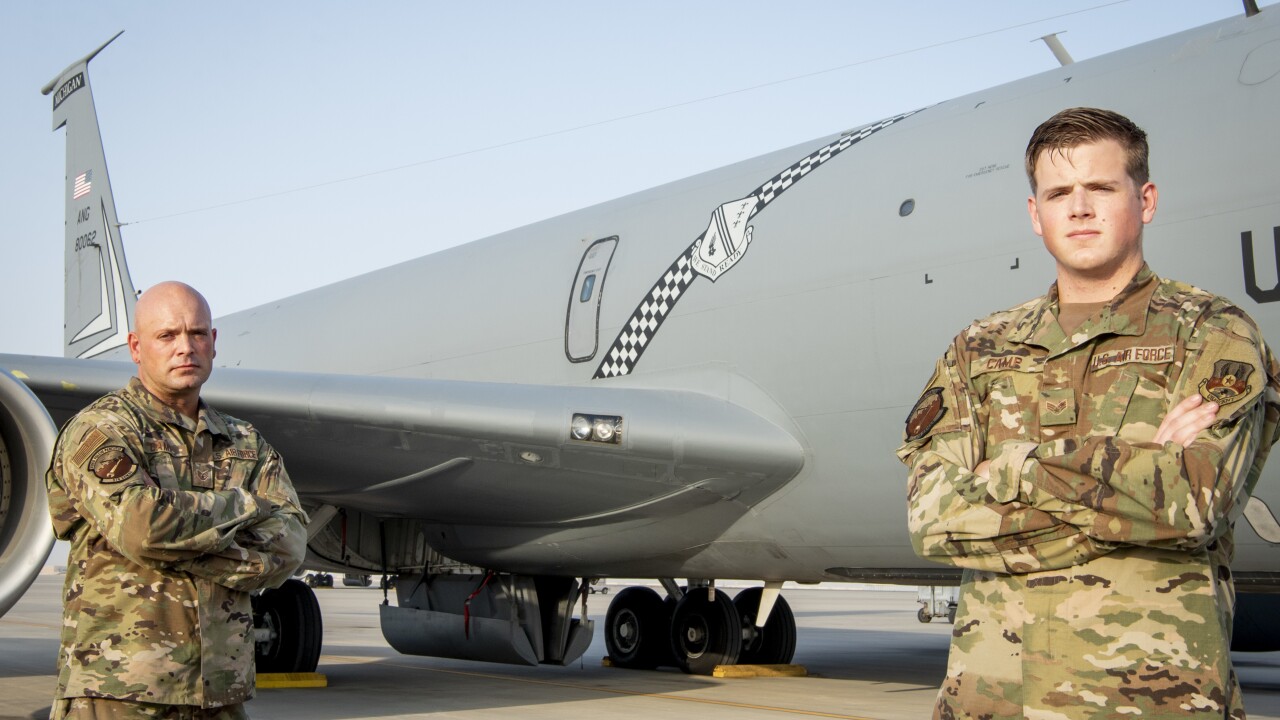 GRAND RAPIDS, Mich. — A father-son duo from Grand Rapids both joined the Air Force because of a shared love of aviation and are currently deployed to Al Udeid Air Base in Qatar.

“I fell in love with aviation at a young age, so following in my father’s footsteps seemed like a great way to fall deeper into the world of aviation,” Joshua said. “This also gives me a decent way to pay for college.”

Both are stationed at the 127th Wing of the Selfridge Air National Guard Base in Michigan, where they work as crew chiefs in their respective units. They’ve been deployed to Qatar since April.

Joshua’s role as a crew chief has him ensuring the aircraft he’s assigned to is ready to fly, which he usually does by recovering, inspecting and refueling its tank. Matthew is responsible for maintaining and repairing any flight control rigging, component removal and replacement and resolving any landing gear issues.

Even though the two work together, they don’t always get to see each other because of their different schedules and because they work in different shops, Matthew said.

But they do get plenty of time together on the flight line.

“It’s cool to have someone in the family to interact with easily while the world at home is in such a rough shape,” Joshua said.

Matthew says the experience has strengthened their bond.

“It’s like I raised my own wingman,” he said.