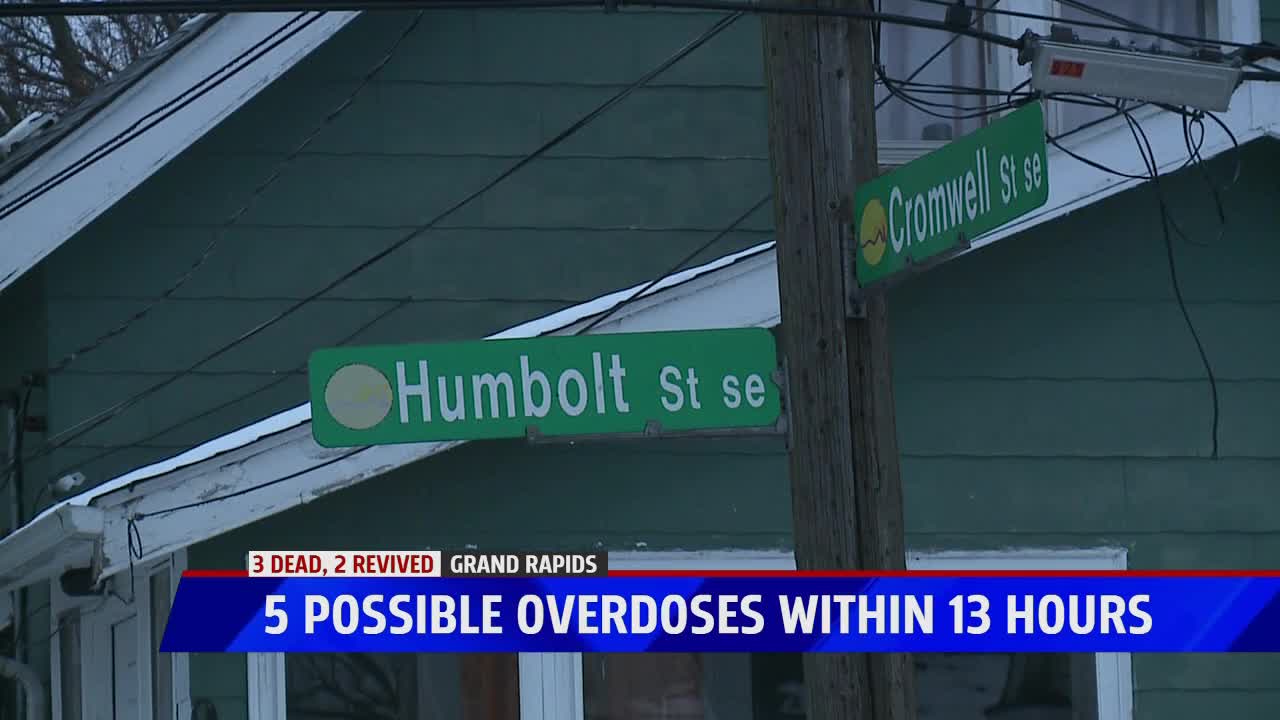 In less than 13 hours, emergency responders responded to three calls for medical emergencies. The calls started at 2 a.m. in the area of Cromwell Avenue and Humbolt Street on the city’s southeast side.

Two of those people survived, but one was pronounced dead later at a nearby hospital. Police say evidence of drug use was found at the scene.

"Any death is a cause for concern for the department, for the community. but when you do see them, in such a short time frame and surrounding such a topic, we're really concerned and this is going to take a systematic approach for us to address these,” Grand Rapids Police Dept. Sgt. Dan Adams said.

Between 2-3 p.m. Friday, two more calls regarding medical emergencies have been made. In both cases, the person was pronounced dead at the scene and there was evidence of drug use.

The cause of death for all three people is pending the outcome of autopsies and investigation.

Grand Rapids police are working with the Kent County Opioid Task Force in the deaths. The task force recommends people who are using drugs to exercise extreme caution at this time.

Many substances, including cocaine, are found to be mixed with fentanyl, a synthetic opioid that can be 80-100 times stronger than morphine.

"I think the big thing we want to make people aware of is that number one we're most focused on public safety, we're really here to help. Yes we'll go after the drug dealers and drug traffickers but the biggest message is that we're talking about a public safety issue, a public health issue,” Adams added.

People who use drugs are encouraged to learn how to use and obtain Narcan. It is available without a prescription and is normally fee or found at a low cost.

If you have more questions about opioid addiction or naloxone, you can call the Grand Rapids Red Project at (616) 456-9063.