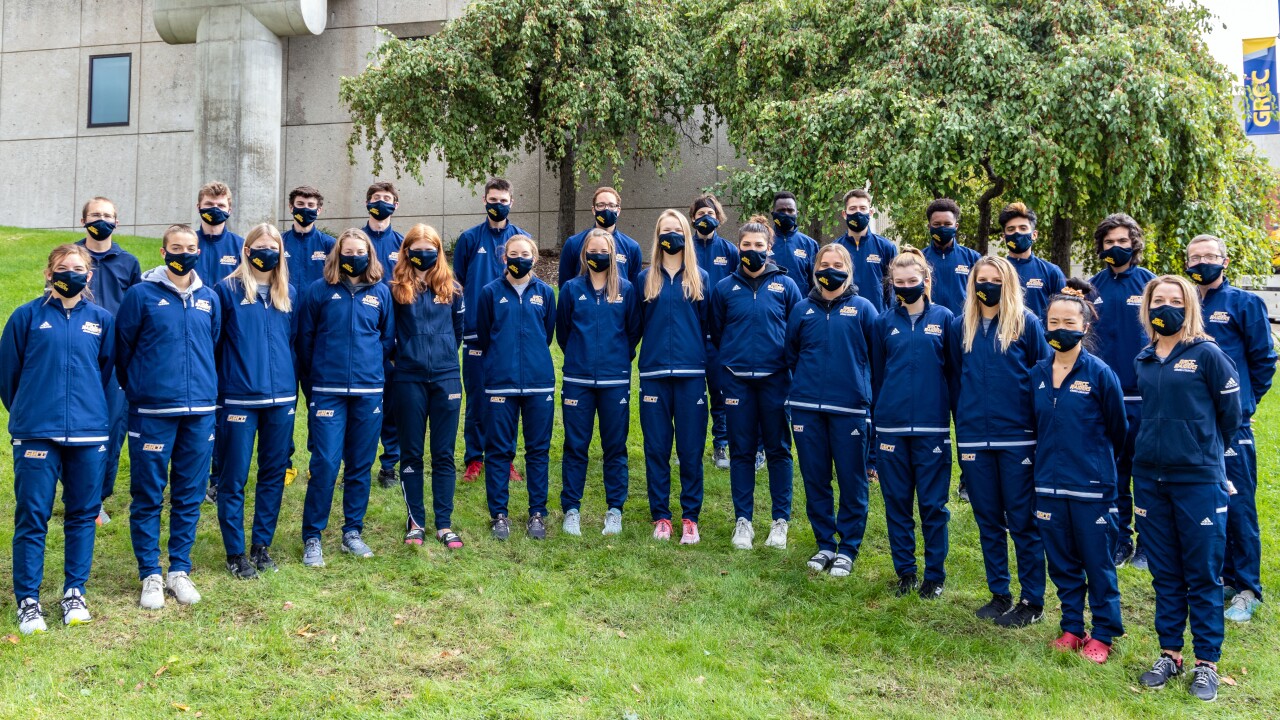 Interim Athletic Director David Selmon says this is the largest the team has ever been, calling the coaching staff enthusiastic and determined.

“This team worked hard, was prepared and very supportive of one another. We’re proud of how they performed, and also how they represented their community around the state and now across the nation.” Selmon said.

“I’m incredibly proud of our student-athletes and coaches, who showed they are among the very best in the nation,” GRCC President Bill Pink said. “Their success is inspiring, showing they can thrive even while facing the challenges of a pandemic. We have a proud history of athletics at GRCC, and the cross country team just wrote a new chapter!”

Kipkoech and Audrey Meyering earned All-MCCAA Runner of the Year and Freshman of the Year awards. Matt Sicilia was named Coach of the Year by both the MCCAA and the NJCAA Region 12.