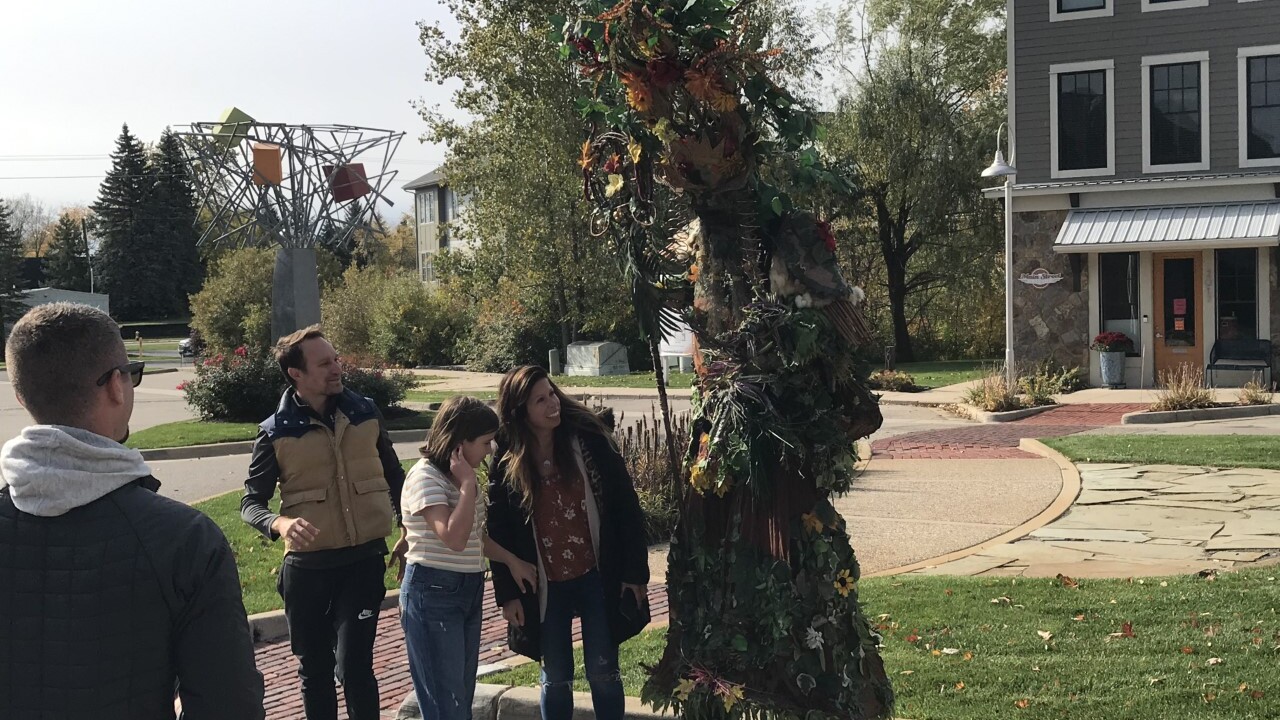 Members of the community created works of art through their painting, photography, acrylics and more. With over 2 dozen entries among three age groups (0-11, 12-17 and 18+), the neighborhood will vote on the best art and give the winners in each group a $100 prize.

The afternoon, featuring a D.J., a food truck, and a man in a homemade tree creature costume on stilts, gave neighbors a sense of community, as organizer Lauren Befus said.

"I've been in people's houses that I've never been in before, talked to people that I've never really talked to before, so that's been my experience, but I know for everyone around the community that it's been really fun and connecting," Befus said.

Through the event, Befus learned that a lot of the people that live close by are also passionate about art.

"I think we're all feeling isolated with COVID, disappointed with no artprize, so here we get to do this together and connect over art," Befus said. "I mean, I had no idea that my neighbors so gifted at art and created that, so that's been great to see too."

Many of the kids making art showcased a historical figure that they look up. For Evelyn Befus, Lauren's daughter, that was the late Ruth Bader Ginsburg.

"I painted Ruth Bader Ginsburg because she really inspired me, and now I want to be a lawyer so I can be just like her and help with feminism," Evelyn said.

Eleanor Befus, who made a mural of the late Breonna Taylor with crayons and acrylics, was happy to see so many people in her community be so artistically talented.

"It was really cool because you can use everyone's painting, as my sister said," Eleanor said. "I never knew everyone around me had so much talent."

Lauren Befus is hoping that events like this can help build bonds between neighbors in the community.

"I'm just super proud to be a part of Celadon, I love the community here," Befus said. "I love that everyone wants to be connected and get to know each other."