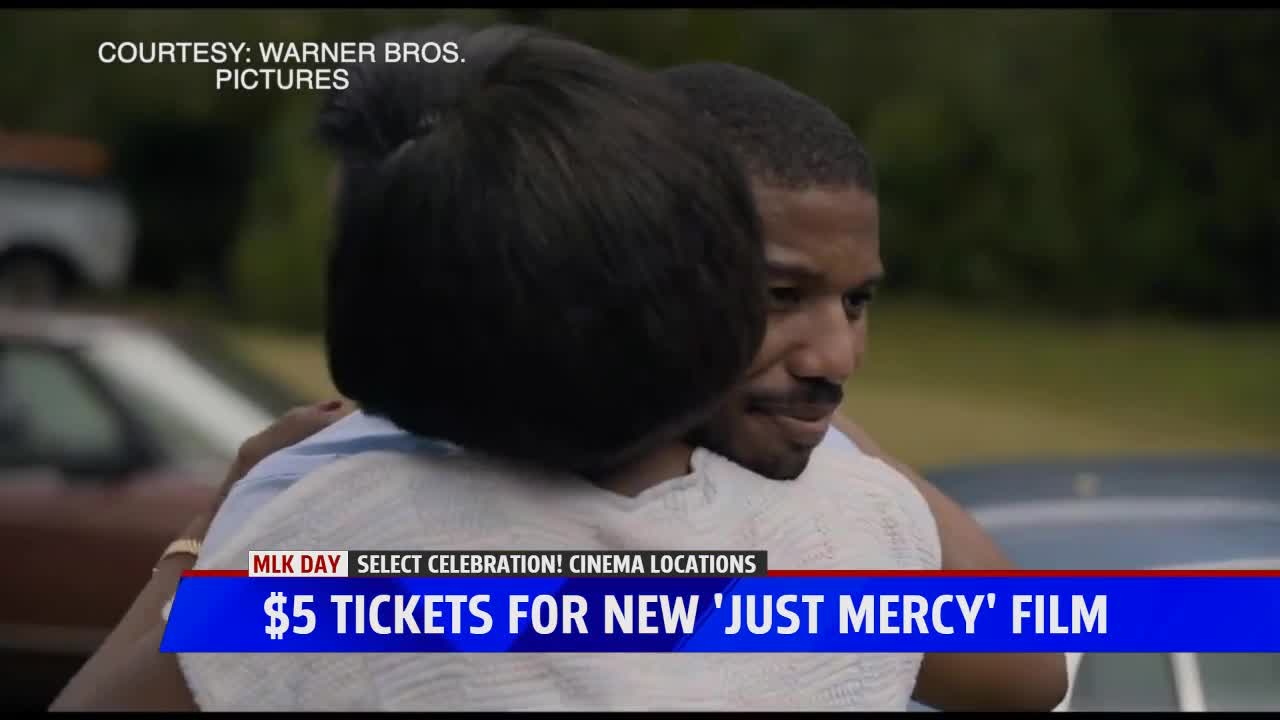 “For years, our company has highlighted a variety of current or special event films on MLK Day to encourage reflection on our history and the continuing civil rights work in this country,” says Emily Loeks, Community Affairs. “”Just Mercy” is a great choice for this year. We are happy that the film’s wide release makes it available in all of our first run Michigan theatres.”

A powerful and thought-provoking true story, “Just Mercy” follows young civil rights lawyer Bryan Stevenson and his history-making battle for justice. After graduating from Harvard, Bryan had his pick of lucrative jobs. Instead, he heads to Alabama to defend those wrongly condemned or who were not afforded proper legal representation. Lead actors, Michael B. Jordan, Brie Larson and Jamie Foxx, each of whom have Marvel movies on their resume, identify Bryan Stevenson as a “real life superhero.”

In Grand Rapids, there will be a movie and conversation events at Celebration Cinema Studio Park, hosted in collaboration with Amplify GR, the Christian Reformed Church Race Relations committee, Metro Health and GR Initiatives for Leaders. Tickets to the event will also be provided for the special $5.00 pricing. The post-film conversation will be facilitated by Pastor Julian Newman from Tribes Church. Panelists will include:

Tickets for all locations and show times of the movie, and for the movie and discussion event, can be secured in advance at celebrationcinema.com or (as available) at the box office.