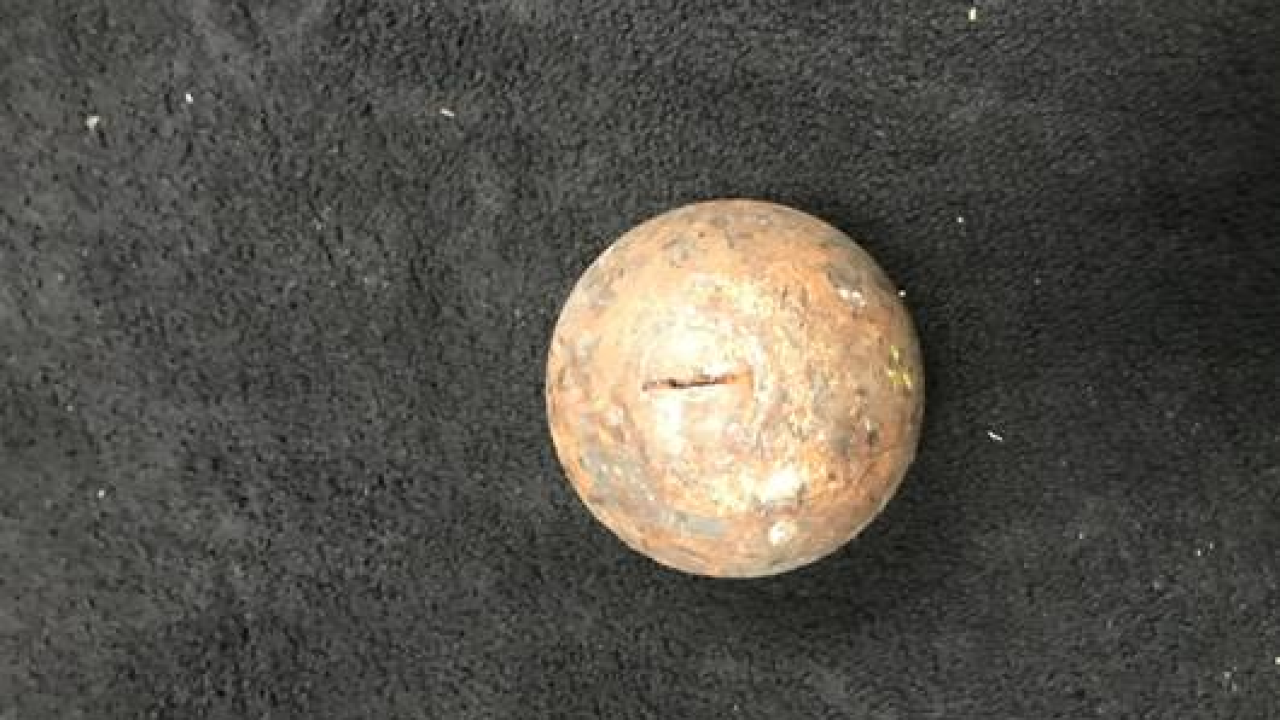 GRAND RAPIDS, Mich. — When separating your trash from your recyclables, please remember Civil War-era ammunition is not recyclable -- at least in Kent County.

We should clarify. Someone tried to recycle a cannonball. A live cannonball. The approximately 130 year-old munition was found on the processing line at the Kent County Recycling Center, according to a post by the Kent County Commissioner Phil Skaggs.

Thankfully no one was hurt, but the recycling center had to be evacuated while the Michigan State Police bomb squad took care of the antique weapon. And it's not the first time live munitions have been found in Grand Rapids. In November 2019, magnet fisher Joeseph Alexander found a live WWI grenade in the Grand River.

Skaggs reminded the public that recycling ammunition is not acceptable in Kent County. And it is probably frowned upon anywhere you go, outside of your local police.

Despite the potential age, gunpowder can still be set off under the right conditions, and the older munitions get, the less reliable they are.

If you come across even suspected live ordinance, DO NOT touch it, and don't endanger others by dropping it at a recycling plant. Call your local law enforcement and stay away.