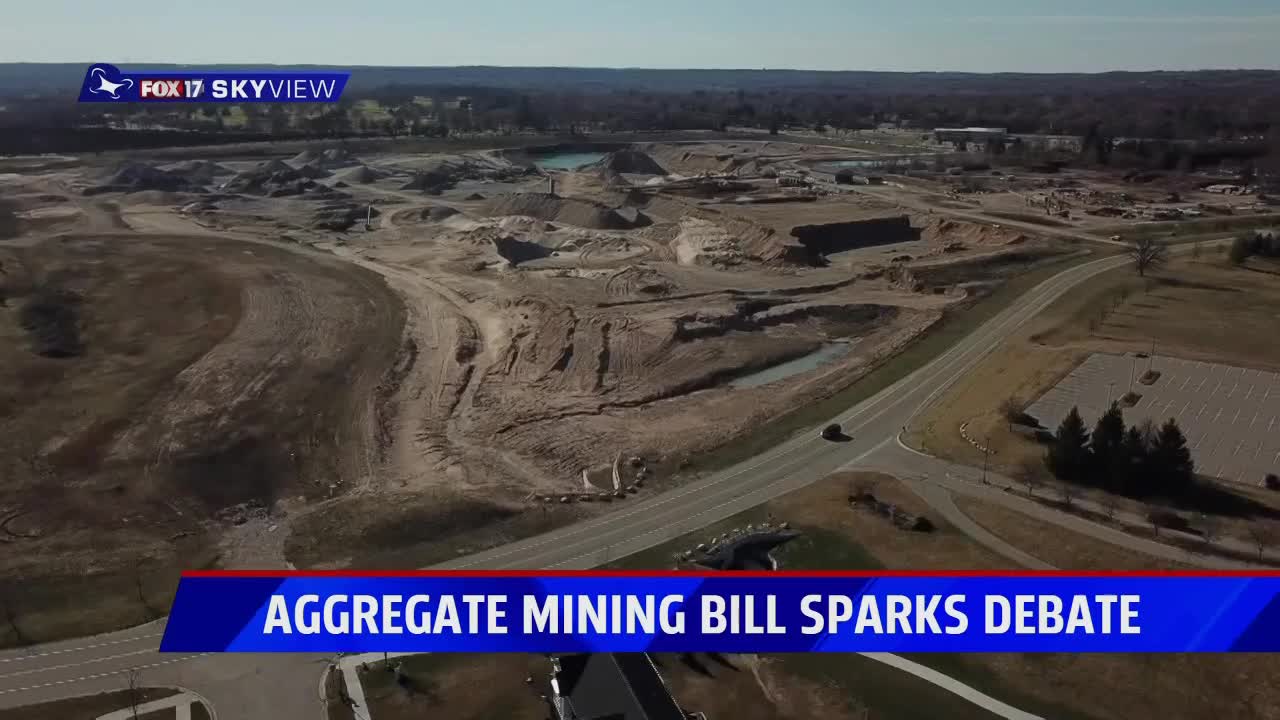 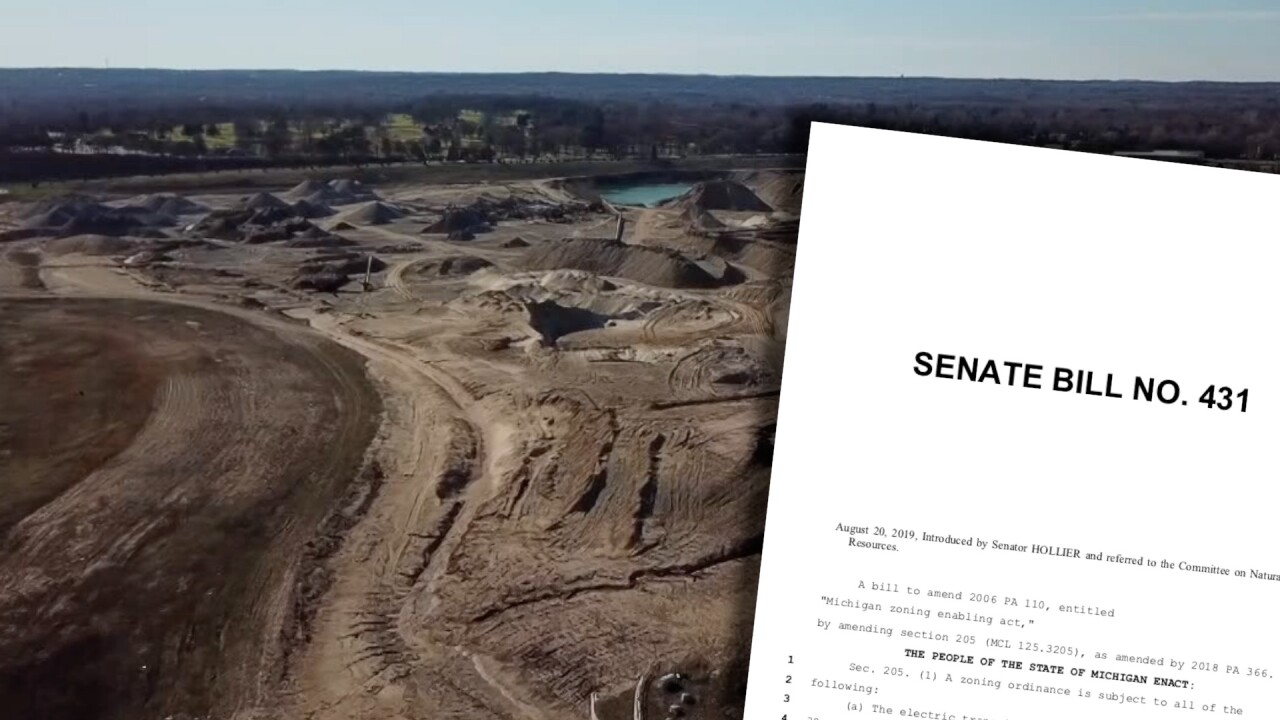 LANSING, Mich. — A bill introduced to the state senate in 2019 could limit the ability that local municipalities currently have to deny permits to proposed mining operations.

Supporters of Senate Bill 431, sponsored by Senator Adam Hollier, say it will drive down certain construction costs in Michigan..

Kevin Cotter, general manager for Bay Aggregates out of Bay City, spoke in support of the bill back in January in front of a senate committee hearing.

“What we are now facing as producers attempting to permit mines is a practice that I would call denial by delay,” Cotter said during the hearing.

“We have a problem to solve here in Michigan. We want to be part of that solution."

Cotter says that giving local jurisdictions the approval over mining operations can delay the process by months and cost companies like Bay Aggregates significant sums of money.

But people like Algoma Township Supervisor Kevin Green, whose community is currently facing one of these public debates, say that local government control is necessary.

“We want the ability to help make sure we have a say in the matter. I mean, this is really important to us and we don't want that right taken away,” Green said on Tuesday.

“Right now we're talking about gravel pits, which is bad enough to impose that on the community where there's serious adverse consequences, but if we start down this road, every time some business doesn't like a zoning decision, they can come to the state, get the law changed and take away local zoning,” Howell told FOX 17.

The bill would make it so that if local governments don't come to a decision on granting a permit within 180 days, the permit is automatically granted. Local governments would also be prohibited from denying a permit to mining companies as long as "very serious consequences" would not result from the operation.

But Cotter says it is important to consider the impact the bill could potentially have on construction costs and in turn on the state's ability to repair roads.

“What it really boils down to is sand and gravel is needed for road construction. And one of the largest costs associated with that is the cost of transportation,” Cotter told FOX 17 Wednesday afternoon.

“We all know that we don't currently have enough money going into our roads. And so to the extent that we drive up transportation costs, to get the material to the job, we're getting less roadwork done for each available dollar.”

Cotter says the bill would effectively balance the interests of mining companies, local governments and residents.

Representative Howell does not agree.

“They're making a lot of money and God bless them. Nothing wrong with capitalism, but they need to respect other people's property rights as well," Rep Howell said.

"Currently we have a good balance. They're trying to put the thumb on the scales, so they win every single time. And that's not right.”