Bernie Sanders rallies with thousands of supporters in Grand Rapids

Sanders was joined by Rev. Jesse Jackson, who endorsed him Sunday 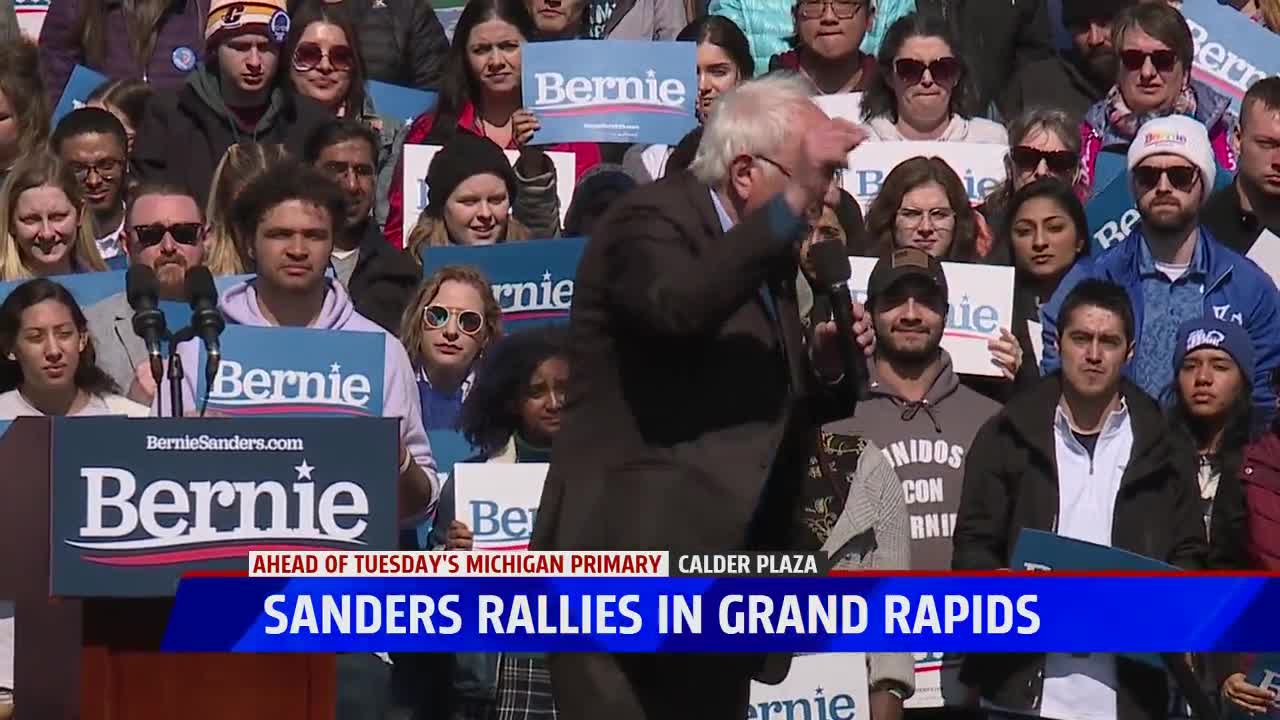 Thousands of people packed Calder Plaza, many were lined up along the street to hear from the Democratic presidential candidate. 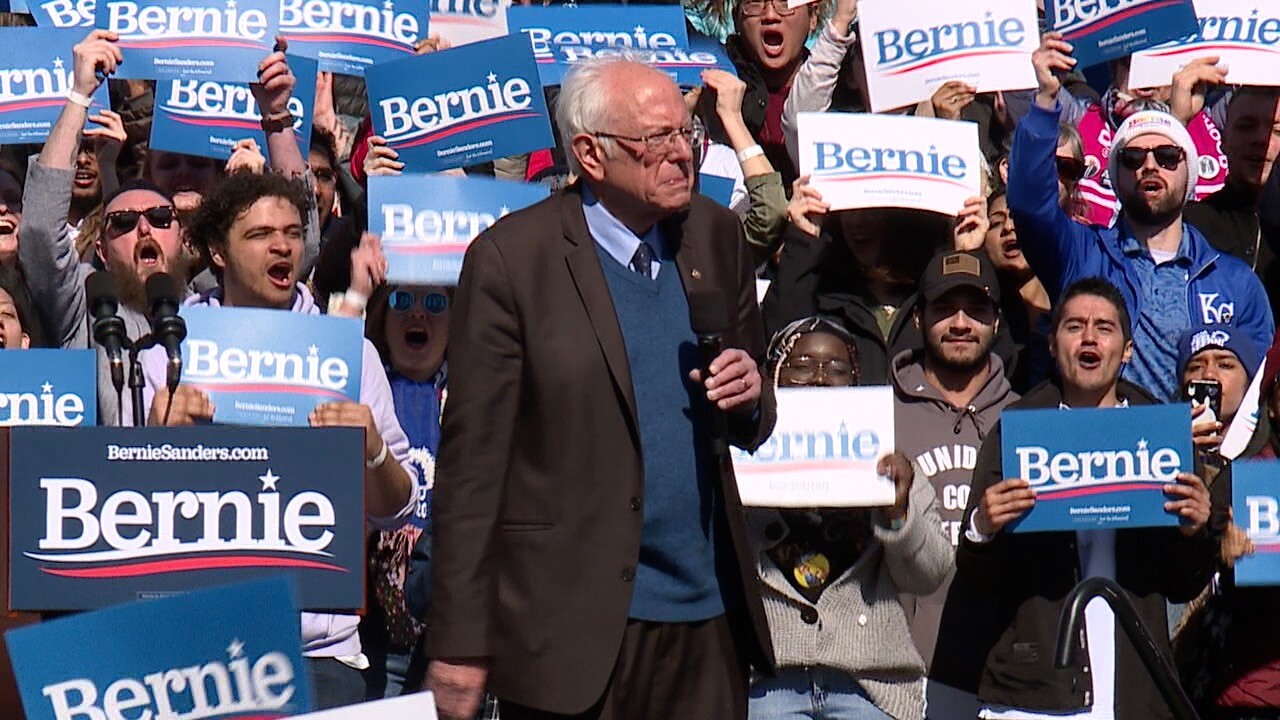 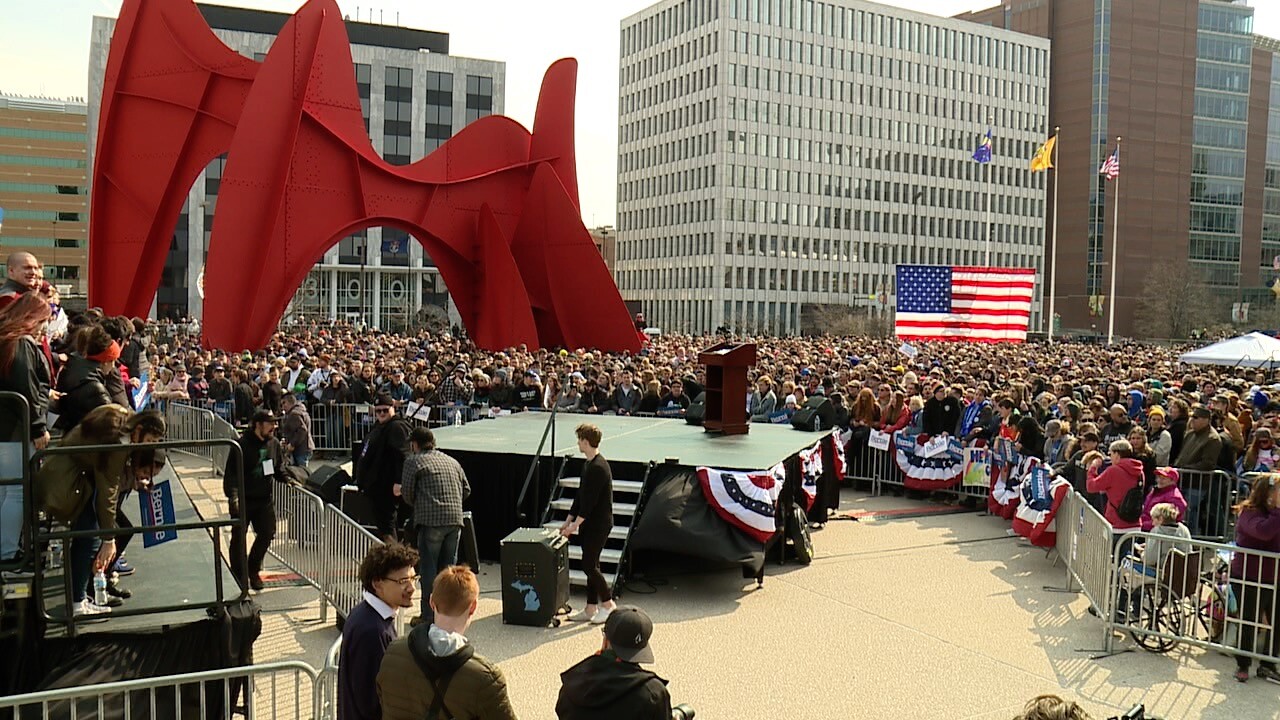 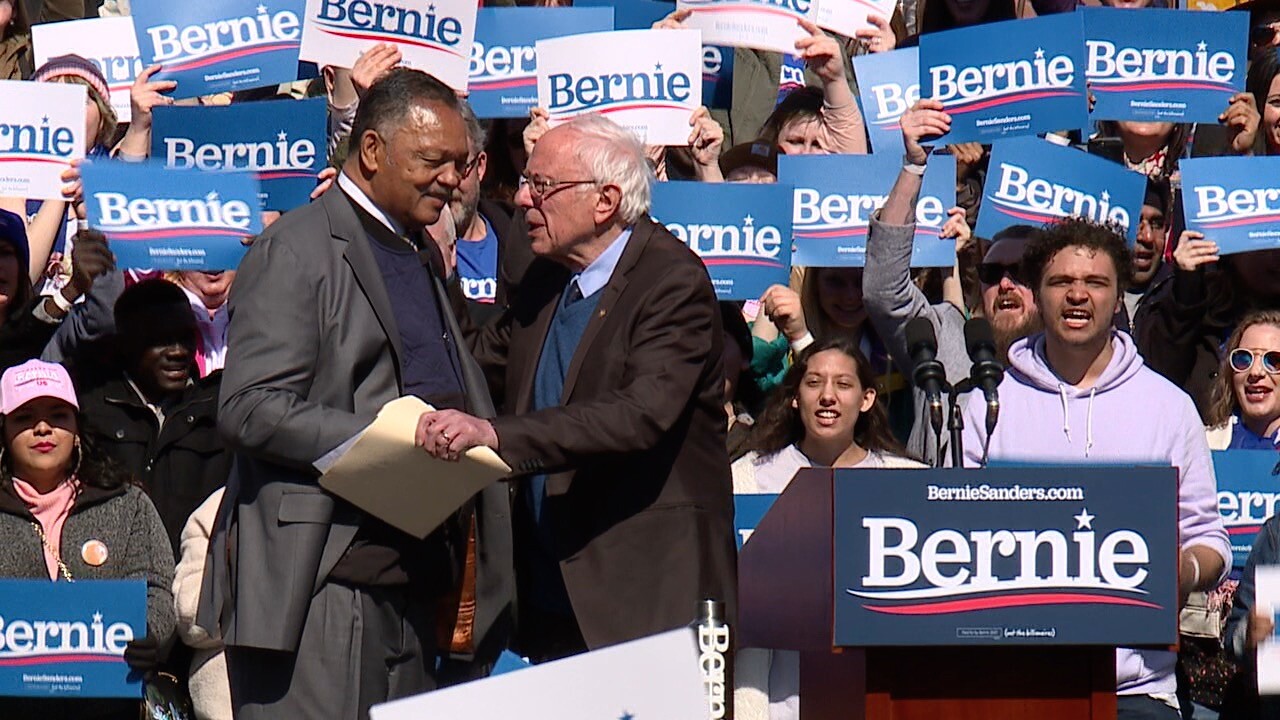 GRAND RAPIDS, Mich. — With just two days until voters hit the polls, presidential candidates are focusing in on Michigan.

Thousands of people packed Calder Plaza, many were lined up along the street to hear from the Democratic presidential candidate.

“I didn’t know there were this many people in Grand Rapids,” Sanders, joked.

The progressive Vermont senator took the stage to applause, while touting his plans for canceling student debt, establishing Medicare for all and protecting labor unions.

“We are going to make it easier for workers to join unions not harder,” Sanders said.

“When he was in Coopersville, he was at the pipefitters union. That struck a chord with me because I didn’t see another Democratic candidate to start to go with the labor unions,” Local Union Worker and Sanders supporter Daniel Bryant said.

“I work with vulnerable, marginalized people that don’t have access to healthcare, so I think Medicare for all approach is inclusive, equitable and available to everyone not because of their income or where they live,” nurse Susan Seitz told FOX 17.

With that local support, Sanders is looking to repeat as the winner of the Michigan primary.

This time around he’s facing a tough fight with former Vice President Joe Biden, who is garnering support from prominent democrats including Governor Gretchen Whitmer.

Though the Sanders campaign is confident about their chance to win the great lakes state.

“2016 I won the state, on Tuesday if we struck together, if we bring out friends to vote, we are going to win it again,” Sanders told the crowd.

“I want to introduce somebody who is a hero for me, he is one of the transformative figures in modern American history. Jesse Jackson,” Sanders announced.

“I stand with him because he never lost his taste for justice for the people,” Jackson said.

Jackson sat down with FOX 17 after the rally, to discuss why he holds the senator in such high regards.

“His big ideas are appealing, I worked with him. When I ran he endorsed me, so in some sense it’s reciprocity,” Jackson said of Sanders, who supported his 1988 presidential campaign.

“He’s open to people, he appreciates and respects people, so I have a high regard for him,” Jackson added.

Jackson's endorsement comes at a time when Bernie hopes to rally support from African American voters.

On Monday, former Vice President Joe Biden will be in Grand Rapids rallying his supporters.

Biden who has a slight lead in pledged delegates, also received a key endorsement on Sunday.