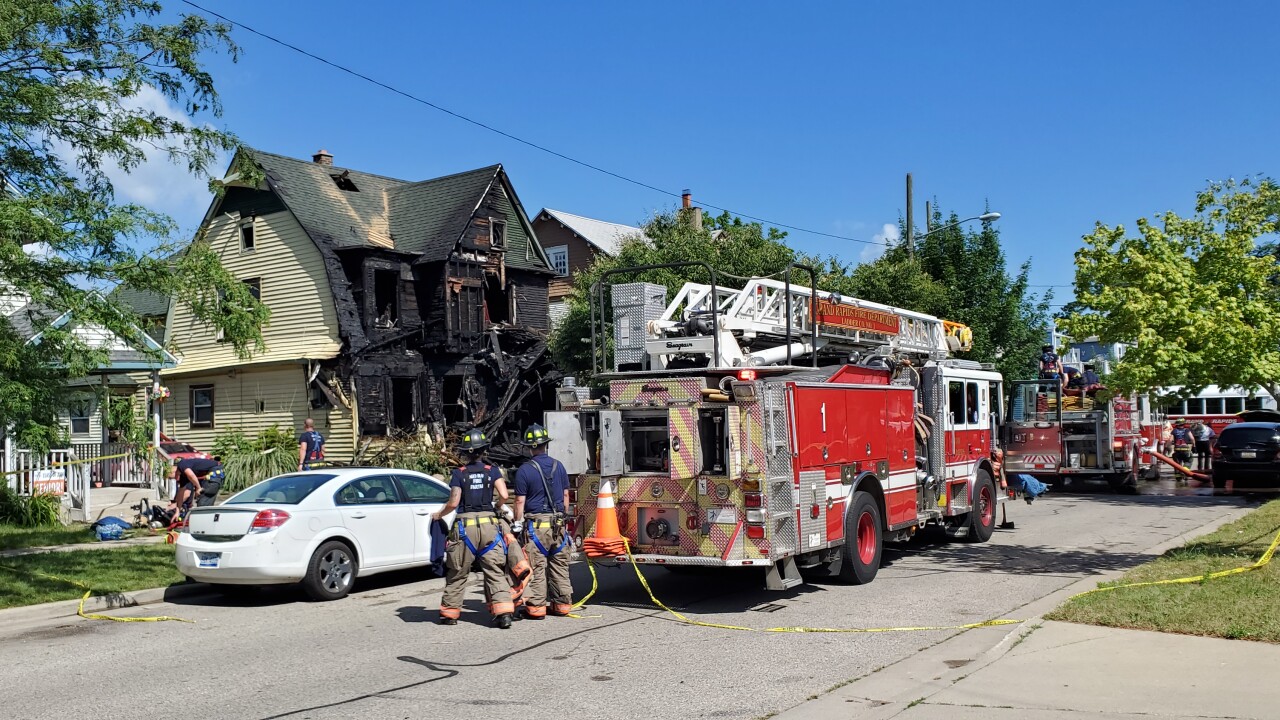 Copyright 2020 Scripps Media, Inc. All rights reserved. This material may not be published, broadcast, rewritten, or redistributed.
Jason Edgecombe
The scene of Saturday's fatal house fire in Grand Rapids.

GRAND RAPIDS, Mich. — Updated on Monday, July 13: The two victims of this fatal fire from Saturday have been identified as Jacqueline Baber-Bey, 65, and Emareyon Cummings, 5, both of Grand Rapids.

Baber-Bey died at the scene, while Cummings passed away later in the hospital.

Two firefighters were treated for heat exhaustion, and have since been released.

Saturday, July 11: An adult and a child died and two firefighters were injured by a Saturday morning house fire.

At 9:02 a.m. Saturday, the Grand Rapids Fire Department responded to a report of a house fire at 553 Sheldon Avenue SE, near the intersection with Pleasant Street SE.

Upon arriving at the scene, firefighters found that the home had been engulfed in flames.

It was determined that two individuals were still inside. Firefighters were able to remove an adult, who was then pronounced dead at the scene.

A child was then removed from the house and was transported to Helen DeVos Children's Hospital in Grand Rapids where it later died.

One firefighter was also injured at the scene, where he was treated and released by medical personnel.

Another firefighter was taken to the hospital and treated and released for heat exhaustion.

The house at 553 Sheldon Ave. SE was also the scene of a double-homicide, when two women were found dead there on March 13, 2019.