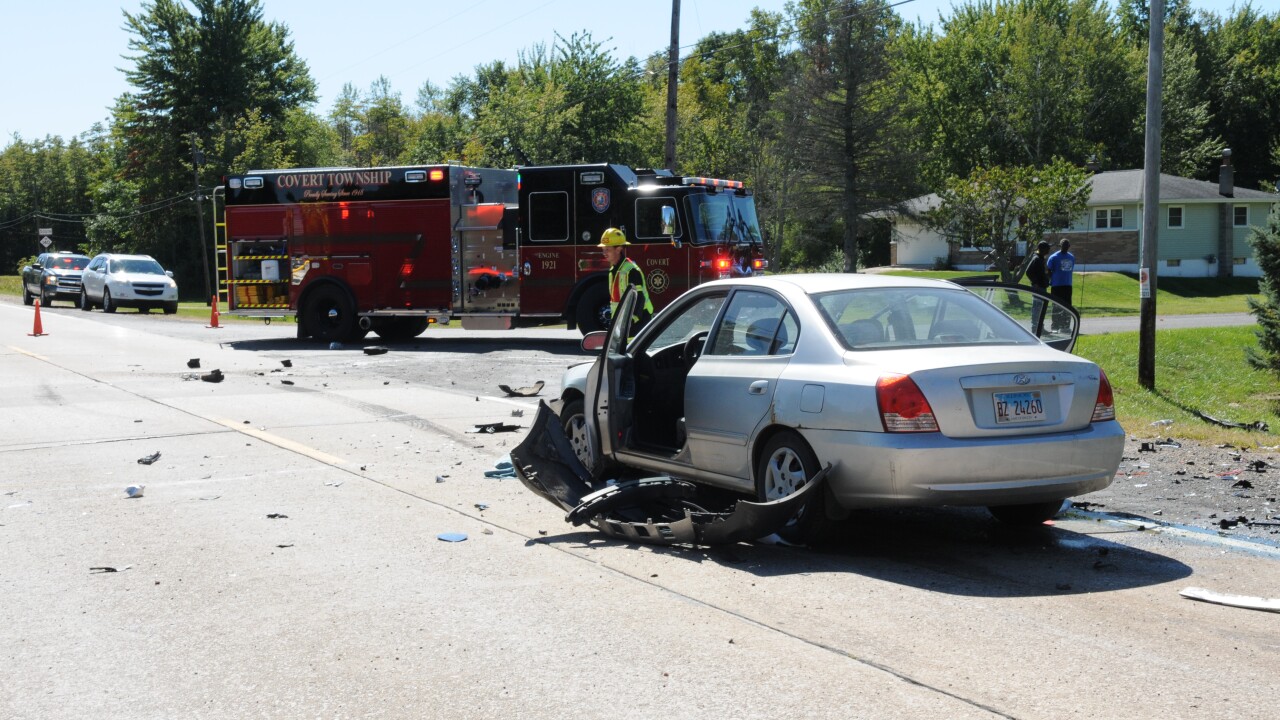 COVERT TOWNSHIP, Mich. — A 7-year-old boy is dead after a four-vehicle crash Saturday in Covert Township.

The crash happened at the intersection of 28th Avenue and M-140, Covert Township police said.

A 2001 Buick Regal drove through the stop sign on the east side of the intersection and hit a 2008 Saturn Vue traveling north.

That caused the Saturn Vue to hit another vehicle in the southbound lane.

The boy who was killed, Damian Sanchez Enriquez, died at the scene as a result of injuries caused by the crash.

The driver of the 2008 Saturn, who police say is a relative of the boy, was taken to South Haven Hospital to be treated for injuries. They are in stable condition Saturday evening.