'I Need a Hand': New app connects people to those willing to help with tasks, services 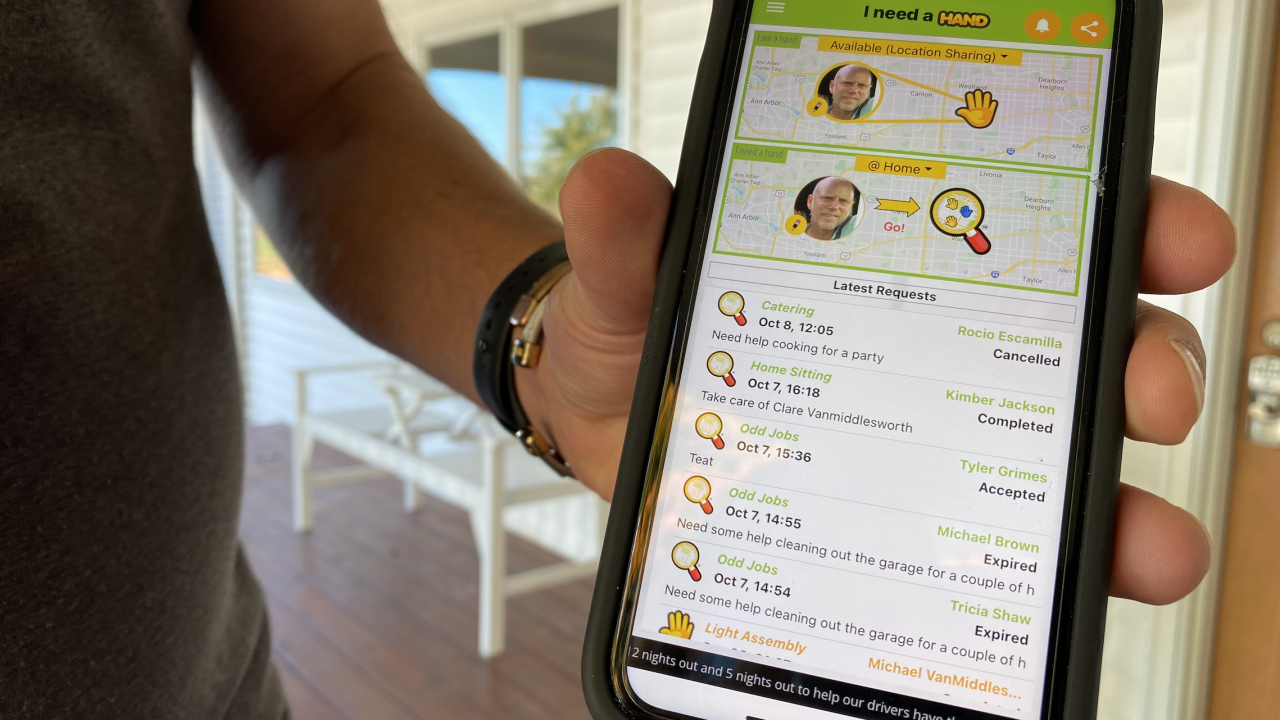 Lauren Kummer/FOX 17
A co-founder of the "I Need A Hand" app shows the opening screen on his phone. 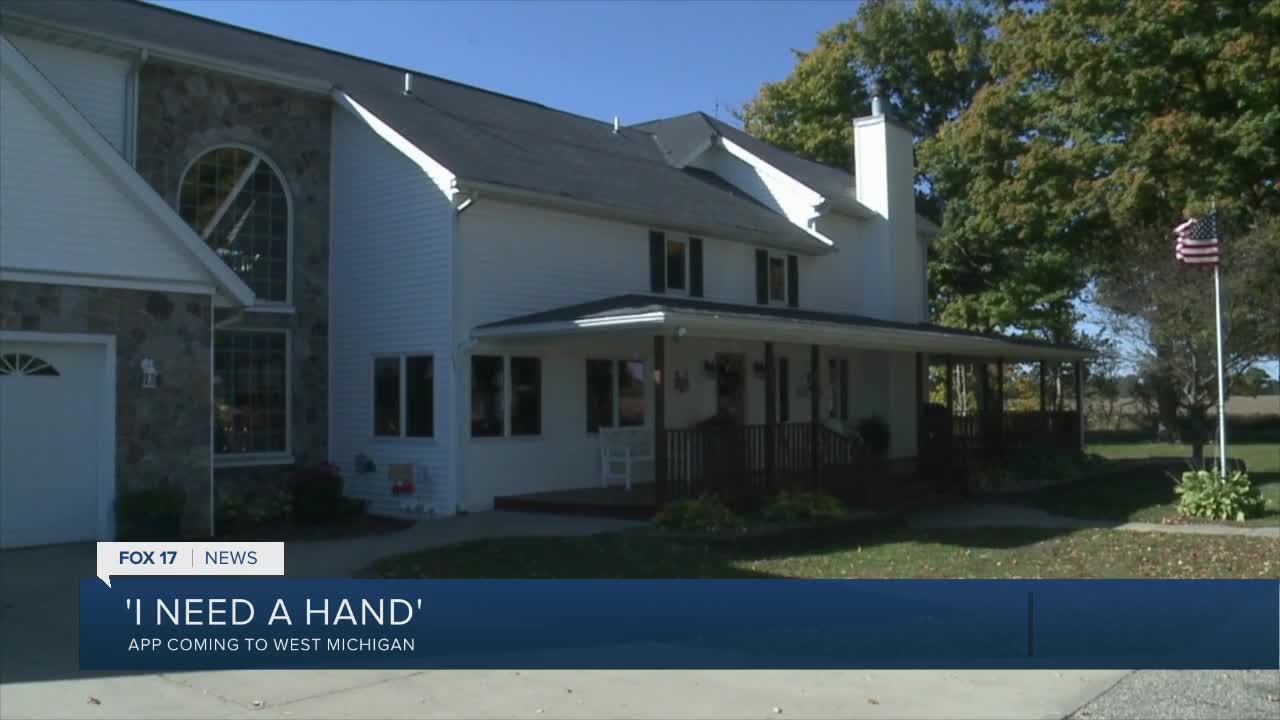 EAST LEROY, Mich. — A new app has made its way to west Michigan to help people with small tasks or chores around their house.

The "I Need A Hand" app first launched in Plymouth, Canton and Novi back in July.

Now, it's making its way to rural west Michigan to see how it can help bring services to a smaller population.

"There was a huge gap. It’s important thing to connect people. Right now, you have many cases where people are struggling to help each other," said "I Need A Hand" app Co-Founder Michael VanMiddlesworth.

VanMiddlesworth said he worked with his friend and co-founder Javier Escamilla to make the phrase "I Need A Hand" easily accessible. They created and launched the Uber-like app so people could request help with tasks.

"We’re focused on those quick tasks. They’re chores around the house that people need help with, odd jobs, general labor, moving dirt, landscaping. Those are the types of jobs we are kind of focused on," said VanMiddlesworth.

The "I Need A Hand" app was first launched in the Detroit-area back in July, finally making its way across the state to Athens, Climax, East Leroy and Scotts.

The app is free to the user and service provider, cutting out the middle man to make sure the person completing the tasks gets fully compensated.

One user, Tyler Grimes, downloaded it to see if he could provide any services but ended up using one, getting a cleaning service for his mom.

"It’s super nice you know especially if I’m busy working I can just take a little bit of extra money and pay somebody else to come and do it," said an "I Need A Hand" app user Tyler Grimes.

While the app said they do have safety features, it's up to the users to vet the people before moving forward with any services.

"The idea is use the location to do the vetting that you know. We do have some other tools. You can message the people, you can look at their links and you can use some of that information to determine if you know and if you trust them, but the key here is that we have no vetting so you can get on the app very quickly and find people very easily," said VanMiddlesworth.

Developers said they're looking to launch the app in the Lansing area in November.

Then early next year, they are hoping to launch it in the Kalamazoo and Grand Rapids areas.