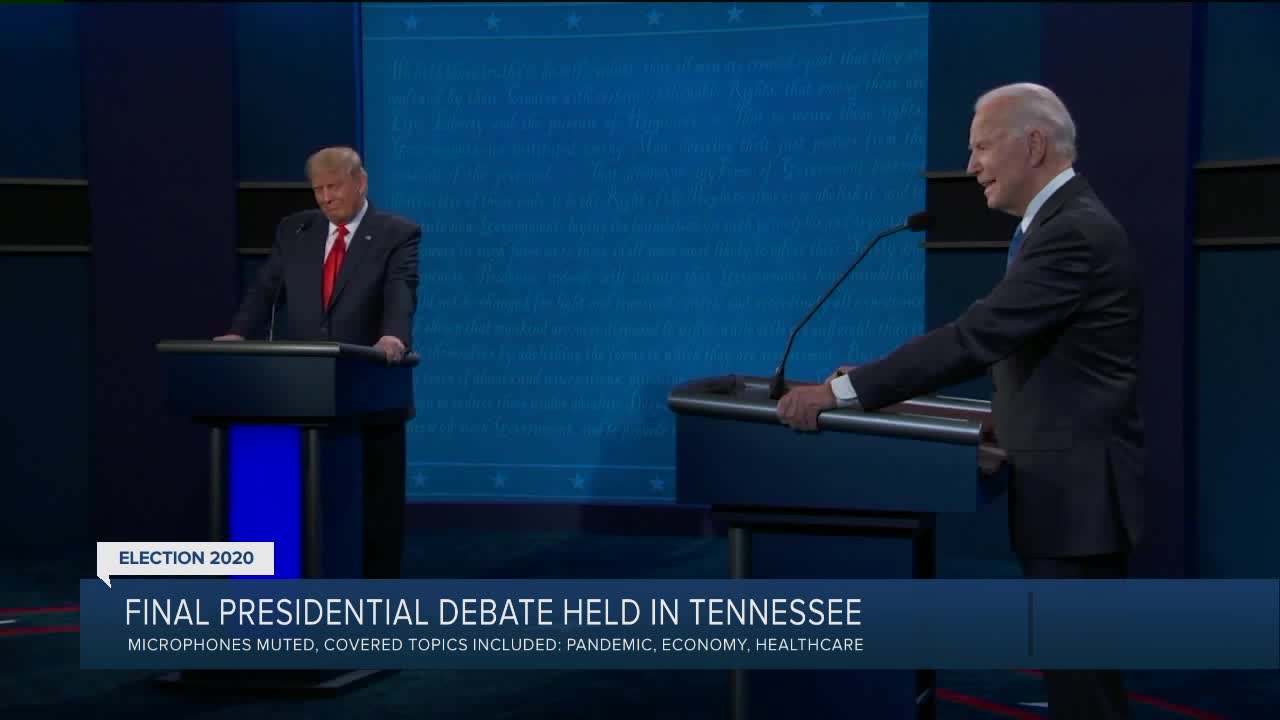 Six topics shaped Thursday’s debate, but the conversation was sharply focused on the COVID-19 pandemic.

Biden was quick to blame the president for his response to the virus, saying the president is unprepared to handle a second wave.

“We’re in a circumstance where the president thus far and still, has no plan. What I would do is make sure everyone is encouraged to wear a mask all the time, I would make sure we make the move to rapid testing and set national standards to open up schools and open businesses to be safe,” Biden said.

The president hit back saying his decision to close travel from China early on, saved hundreds of thousands of lives, adding that we are “weeks away from a vaccine.”

“We have our generals lined up, one in particular, this is a very easy distribution to do and we expect to have 100 million vials, as soon as we have the vaccine he’s ready to go,” Trump said.

President Trump says Americans can’t hide from the virus and that if Biden was elected he would shut down parts of the country again hurting small businesses.

Trump also took a job at Governor Gretchen Whitmer without naming her.

“Take a look at what’s happening with your friend in Michigan, where her husband has been the only who’s able to do anything. It’s like a prison and it was just ruled unconstitutional,” Trump said.

While the pandemic was the overarching theme other topics debated were race in America, climate change, national security, leadership and American families.

As anticipated the president asked Biden to “answer” to the American people about his family’s and son Hunter Biden’s alleged business dealings with Russia, Ukraine and China.

“Its not about his family and my family, it’s about your family and your family is hurting badly, if you’re a middle class family, your getting hurt badly right now,” Biden said while looking in the camera.

With a U.S. Supreme Court hearing of the Affordable Care Act looming, health care is of course a major issue heading into the election.

During the debate President Trump says he wants to get rid of Obamacare and has a plan that would protect to preexisting conditions, but didn’t share more details besides that, though calling it “beautiful.”

Joe Biden says he wants to build on the ACA, “Bidencare” he called it. Describing it as essentially Obamacare with a public option, though adding he's in favor of private insurance and competition. The president denounced that plan calling it socialist.

If you missed it you can watch the full debate, here.