Scholten, Stabenow campaign on health care during stop in GR 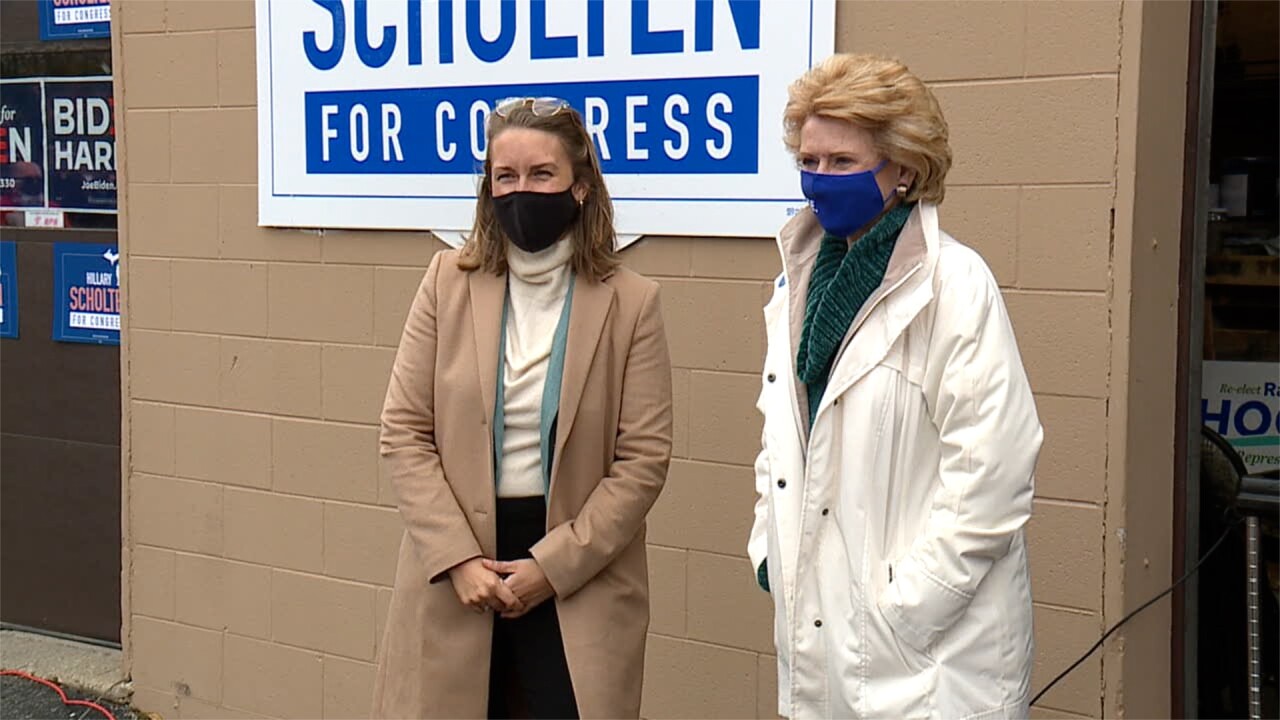 With less than three weeks until Election Day, Democratic candidates are focusing in on health care as the key issue moving forward.

“Everything is on the ballot, everything. Not more so than health care,” Senator Debbie Stabenow, D-Michigan said.

That largely was the theme of Thursday as Senator Debbie Stabenow rallied voters alongside 3rd District Congressional Candidate Hillary Scholten in Grand Rapids.

Scholten is a proponent of the Affordable Care Act and believes its necessary to protect those with preexisting conditions, adding her opponent, Republican Peter Meijer has vowed to repeal it.

“I’ll be the first to admit the Affordable Care Act is not perfect and we to need improve on it, but make no mistake that people with preexisting conditions we’re not protected before we stepped in an created law to protect them, the insurance companies are not jumping up and down to go out of their way to protect extra sick people, we saw deep problems in this county when people got sick they got tossed off the rolls and couldn’t get covered again,” Scholten told FOX 17.

Democratic lawmakers have been critical of her, saying if she’s put on the bench, the Affordable Care Act would be thrown out, putting millions of Americans at risk.

Stabenow told FOX 17 Thursday she believes the whole process is being rushed.

“The urgency should be on helping people right now and keeping people safe and opening our businesses and schools safely, not rushing through a lifetime appointment on the bench of somebody that we know is going to vote to take away people's health care. So, this whole thing makes no sense,” Stabenow said.

Scholten’s opponent Republican Peter Meijer has refuted some of Scholten’s claims, saying he would still protect preexisting conditions if elected.