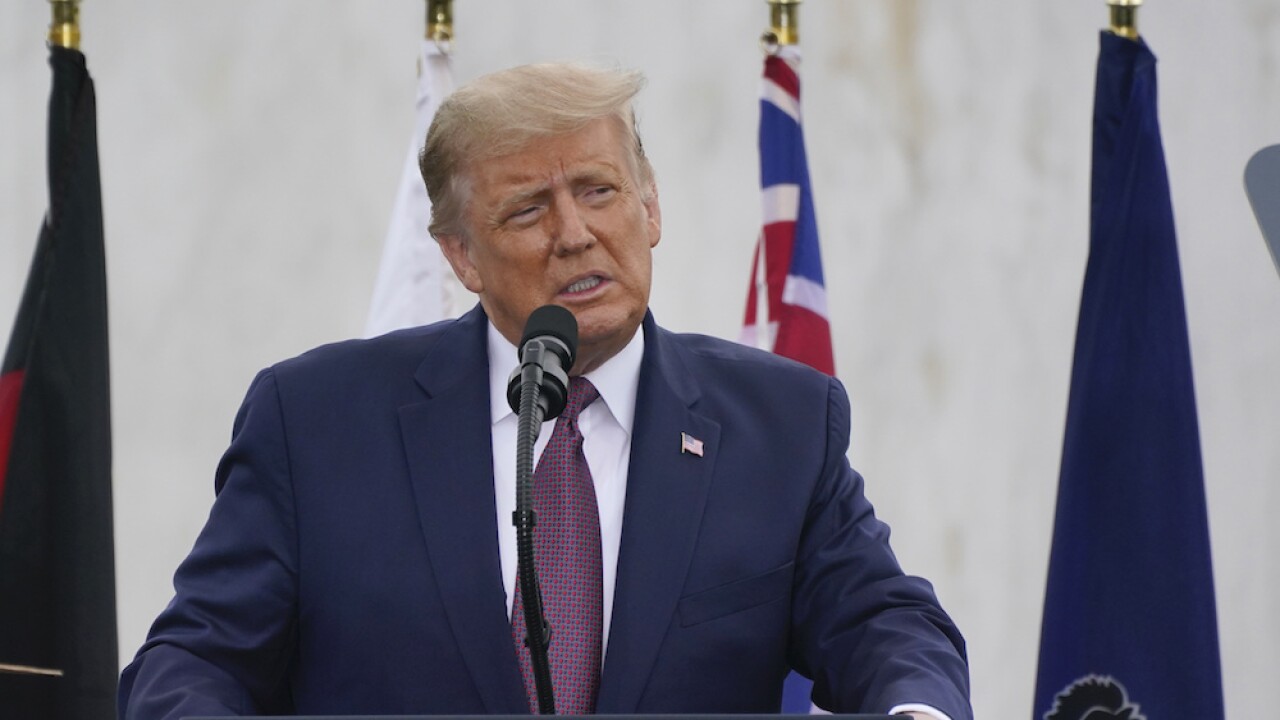 A former model has come forward with an allegation that President Donald Trump sexually assaulted her in his VIP suite at the U.S. Open tennis tournament in 1997.

Former model Amy Dorris told The Guardian that the then-real estate tycoon "shoved his tongue down my throat" and then grabbed her buttocks and breasts despite her denial of his advances.

According to The Guardian, Trump's personal lawyers denied the accusation "in the strongest possible terms." Several people close to Dorris, including her mother, her friend and a therapist, told the newspaper that Dorris had told them of the alleged assault either immediately after the incident happened or in the years since.

Dorris also provided The Guardian with several photos of her, her then-boyfriend Jason Binn and Trump at the tennis tournament.

The White House has not yet responded to media requests for comment about The Guardian's report.

According to the newspaper, Dorris was in New York in 1997 with Binn, a friend of Trump's. At the time, Trump was married to his second wife, Marla Maples.

During the tournament, Dorris got up from her seat to use the restroom because she was having trouble with her contact lenses. When she was finished in the bathroom, she says she found Trump waiting outside the door.

At that point, Dorris says Trump forced himself on her "after a brief exchange." She allegedly told Trump, "no, please stop," but said he "didn't care."

"I just kind of was in shock," Dorris told The Guardian. "I felt violated, obviously. But I still wasn't processing it and just was trying to go back to talking to everyone and having a good time because, I don't know, I felt pressured to be that way."

Dorris also claims while she wasn't sure if she got specific about the incident with her boyfriend, she later told Binn that he had to "do something" about Trump because he was "all over her."

Dorris spent the next few days with Binn in New York, and saw Trump several more times during her trip. She said Trump did not make any more physical moves but continued to pursue her with leading questions.

Dorris told The Guardian that she continued to stay in New York because she hadn't fully processed what had happened.

"I was there from Florida and I was with Jason. I had no money, nowhere to go. We were going from event to event and it was overwhelming," Dorris told The Guardian. "People spend years around people who have abused them, that's what happens when something traumatic happens, you freeze."

The allegation is just the latest assault allegation made against Trump in recent years. Trump is currently facing two lawsuits regarding assault allegations, and several women came forward prior to the 2016 election to formally accuse Trump of assault. During that election cycle, a video leaked in which Trump boasted about sexually assaulting women.

Dorris considered coming forward in 2016 with her allegation but decided to remain silent for her family's safety. But according to The Guardian, she wants to be a role model for her 13-year-old twin daughters.

"I want them to see that I didn't stay quiet, that I stood up to somebody who did something that was unacceptable," Dorris told The Guardian.