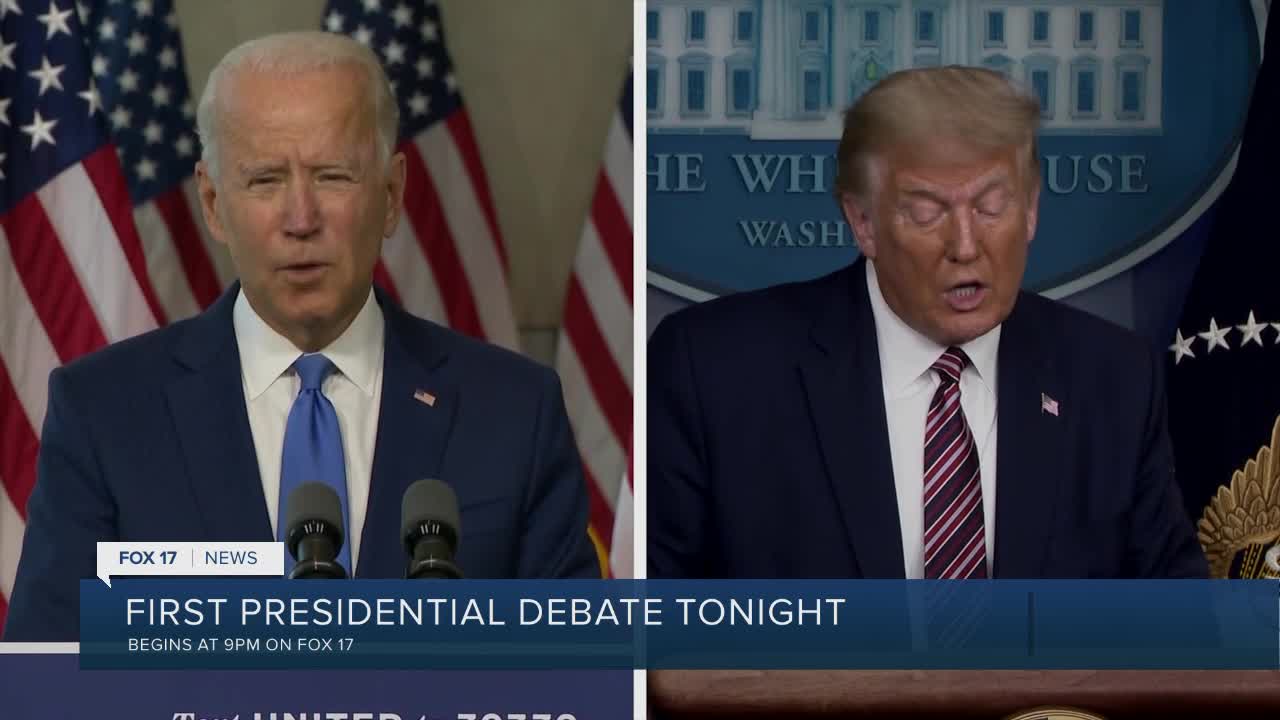 Professor Doug Koopman believes President Donald Trump and Democratic candidate Joe Biden will debate over whether the response to the pandemic was better than we could’ve expected in March or worse.

“Otherwise, other than that I expect health care to come up, particularly by Joe Biden as he connects that to the Supreme Court nomination,” Koopman said. “That seems to be the Democratic strategy – to connect Amy Coney Barrett, who has a good personality and a good background, but to the issue of health care.”

The Biden campaign will also likely want to talk about the candidates’ tax returns, which is why Biden and running mate Kamala Harris released theirs earlier Tuesday.

But what will decide who wins the first presidential debate?

“I do think the deciding factor will be if Joe Biden comes off as calm and competent and collected,” Koopman said. “Trump bungling an issue – it'll be interesting to see how that goes.”