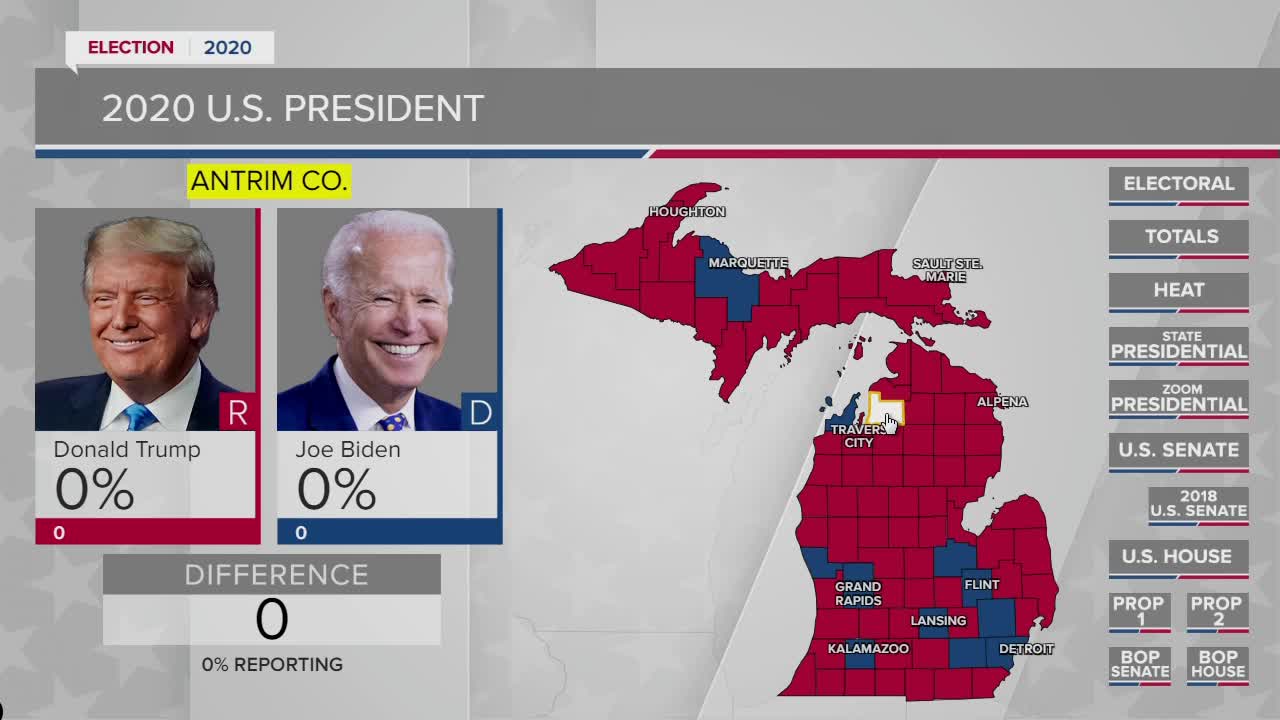 GRAND RAPIDS — President Donald Trump is laying the groundwork for contesting battleground states by filing lawsuits Wednesday in Pennsylvania, Michigan and Georgia. Meantime, a recount in one Michigan county is underway as other states see protests breaking out.

The Associate Press reports these new filings join existing Republican legal challenges in Pennsylvania and Nevada, demanding better access for campaign observers to locations where ballots are being processed and counted, and raising absentee ballot concerns. The Trump campaign is also seeking to intervene in a Pennsylvania case at the Supreme Court that deals with whether ballots received up to three days after the election can be counted. These legal requests come as Mr. Trump slipped behind Democrat Joe Biden in the race for 270 Electoral College votes needed to win the White House.

In Michigan, the former V.P. was able to flip Michigan blue by securing three counties: Leelenau, Saginaw, and Kent Counties. Another big win was found in the S.E. part of state where democratic voters came out in droves casting ballots for Biden in Michigan metropolitan cities.

Meantime, Antrim Co., MI has removed all data and is currently recounting votes after results were "somehow scrambled after the cards were transported in sealed bags from township precincts to county offices and downloaded onto a computer," according to the Detroit Free Press.

Wedmesday, the Fox 17 Real Time Map showed Biden leading Trump in Antrim Co. by roughly 3,000 votes, with 98 percent of precincts reporting. County officials were hopeful to recount the ballots manually with new numbers posted by Wednesday night. As of news time Thursday morning, numbers for both candidates are still registering at zero.

Antrim Co. has a population of roughly 23,300, despite what happens in the recount, it's not expected to impact Biden's lead in Michigan who currently holds the lead with a 135,000 vote difference.

Throughout the nation, protests are now erupting where voters are demanding precincts recount votes. These protests are happening in a handful of cities, including: Phoenix, Detroit, Grand Rapids, Philadelphia, and New York.

The nation continues to wait for the next President of the United States as five states finish tabulating their votes: Alaska, Georgia, Nevada, North Carolina, and Pennsylvania.