Recent grads are feeling the economic impact of coronavirus, but most are not getting stimulus checks 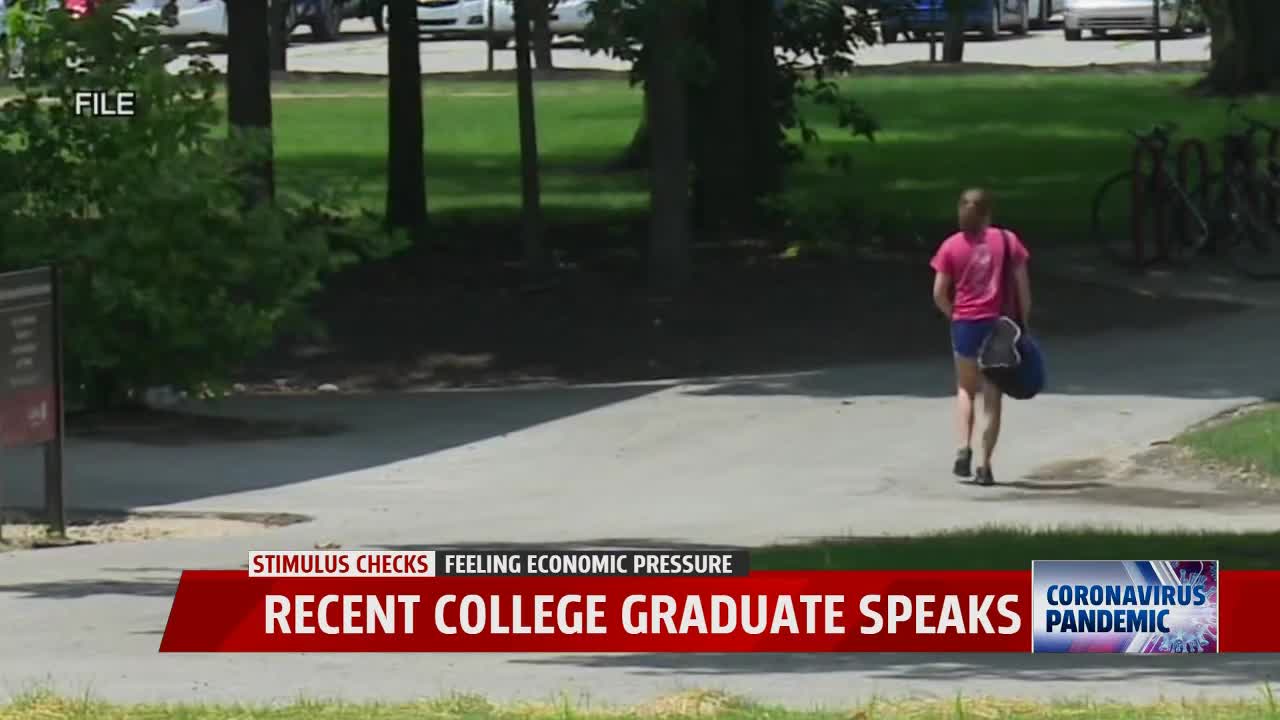 A recent Calvin University grad shares her situation with FOX 17.

GRAND RAPIDS, Mich. — Most Americans have already received their stimulus checks from the IRS, but one group is feeling left out.

Recent college grads are too feeling the economic impact of the pandemic, yet most of them are not getting stimulus money from the government, putting some in a tough position.

“With me being, for the most part unemployed, It'd be nice just to have some sort of cash flow to hold me over until I end up back in the workforce,” Rachel VanGeest told FOX 17.

“I started working for a local nonprofit, as well as finishing up an internship in ministry that I was working, so i've been doing that for the past few months, up until the shutdown.

Due to the shutdown, she was laid off from her job, but new to the workforce, she doesn’t qualify for unemployment.

And since she was a full-time student in 2019, she doesn’t qualify for the direct payments from the cares act.

“Because I was dependent, technically I don't qualify for the $1200 dollars, even though I've been working for the past three months,” VanGeest said.

“Even though I didn't get that I was at least hopeful that well because of dependence, I will probably get the $500 via my parents. But if you're over the age of 18, you don't qualify as dependent,” she explained.

“So there there's a weird group of us who are in college, we're working or have graduated and have been working, and we don't qualify for either of these, so it's just a weird pocket of us that are being left out,” she added.

Vangeest says any amount of financial assistance could have gone a long way.

“It would be super helpfu. The first thing I would use it for was just to start paying back some loans. You know the federal ones are being delayed, but for some of the private ones, it would be nice just keep knocking those out,” she said.

Rachel is speaking to FOX 17 after talking with her friends, some of whom she says are much worse off.

“I know that there are others out there that are, for the most part on their own and they're struggling to get food they're struggling to pay for their rent. And it's just really unfortunate so I wanted to bring light to it, to not only support myself but also all the other people in my position that could really use this more than I could,” she added.