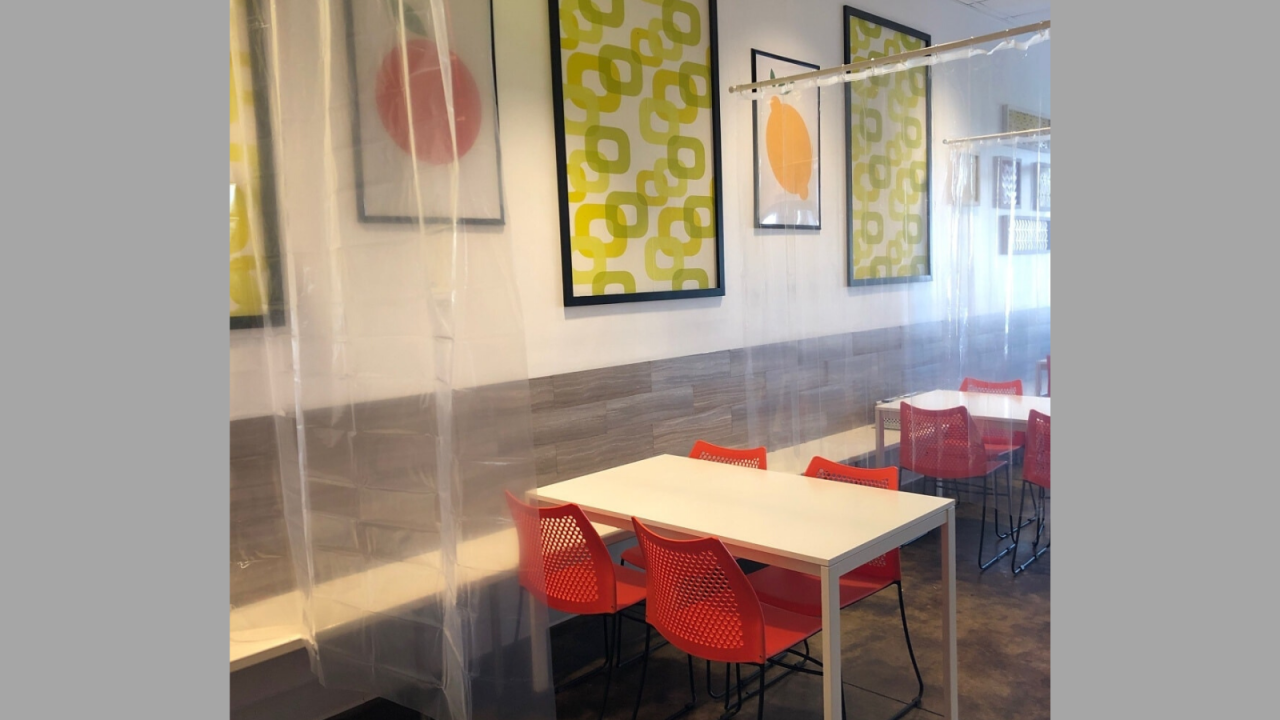 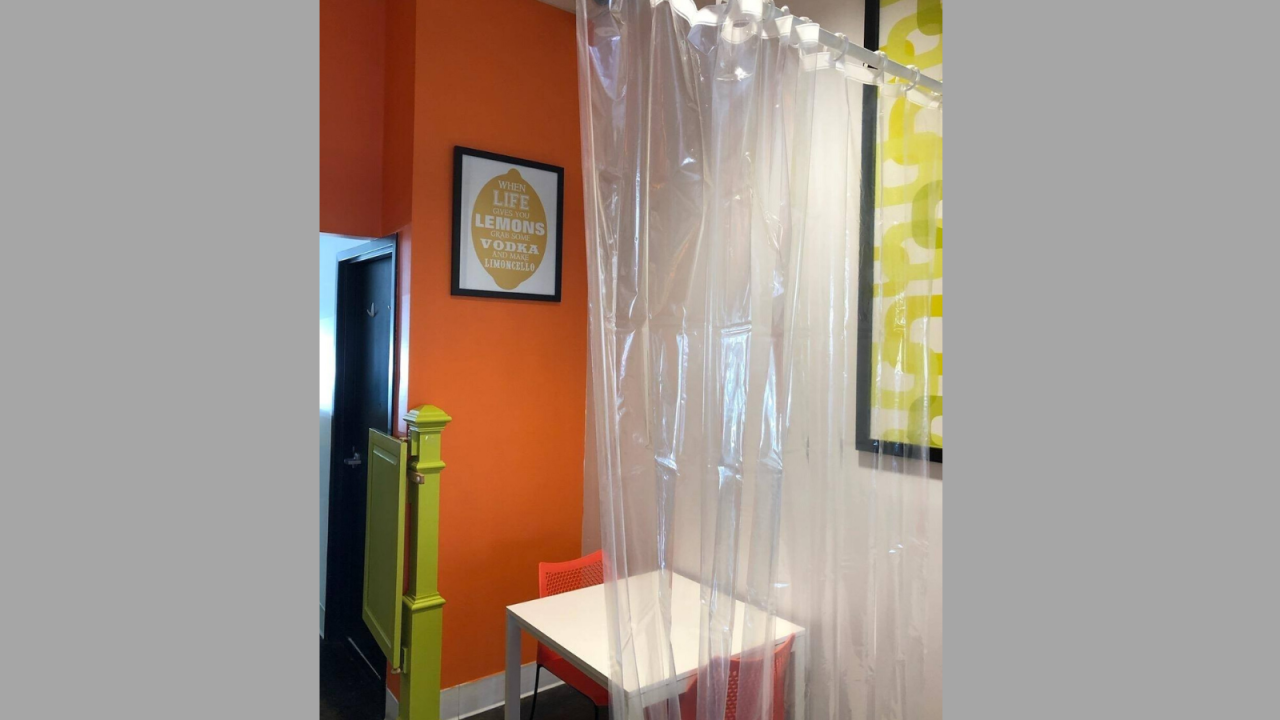 As Ohio restaurants plan to reopen later this month, one restaurant is using shower curtains to create barriers between tables as it prepares to open its dining room.

The Twisted Citrus restaurant in North Canton, Ohio, will be among the restaurants that will begin welcoming customers into its dining room after in-person dining was suspended in March.

The curtains are being used to divide tables where it’s not possible to separate them by 6 feet.

“They will be disinfected after each seating. It's obviously not an ideal situation, but we are doing our best to comply with requirements placed upon us so that we can eventually reopen and get our employees back to work,” the restaurant said.

On Thursday, Ohio Gov. Mike DeWine announced that indoor dining would be permitted on May 21. The governor called the reopening of dining rooms a “risk.”

“But it's also a risk if you don't move forward,” DeWine added. “We're on a dangerous road that has never been traveled before in Ohio and the danger is that we relax and stop taking precautions. All of us collectively control this. I ask you to take calculated risks and make good judgments. Continue social distancing, washing your hands, and wearing face coverings. If you aren't concerned with what happens to you, do it for others."

Ohio is requiring employees to wear face coverings and for businesses to conduct temperature screenings at the beginning of shifts.