'Nothing like I've ever gone through before.' COVID-19 patient warns of severity of virus 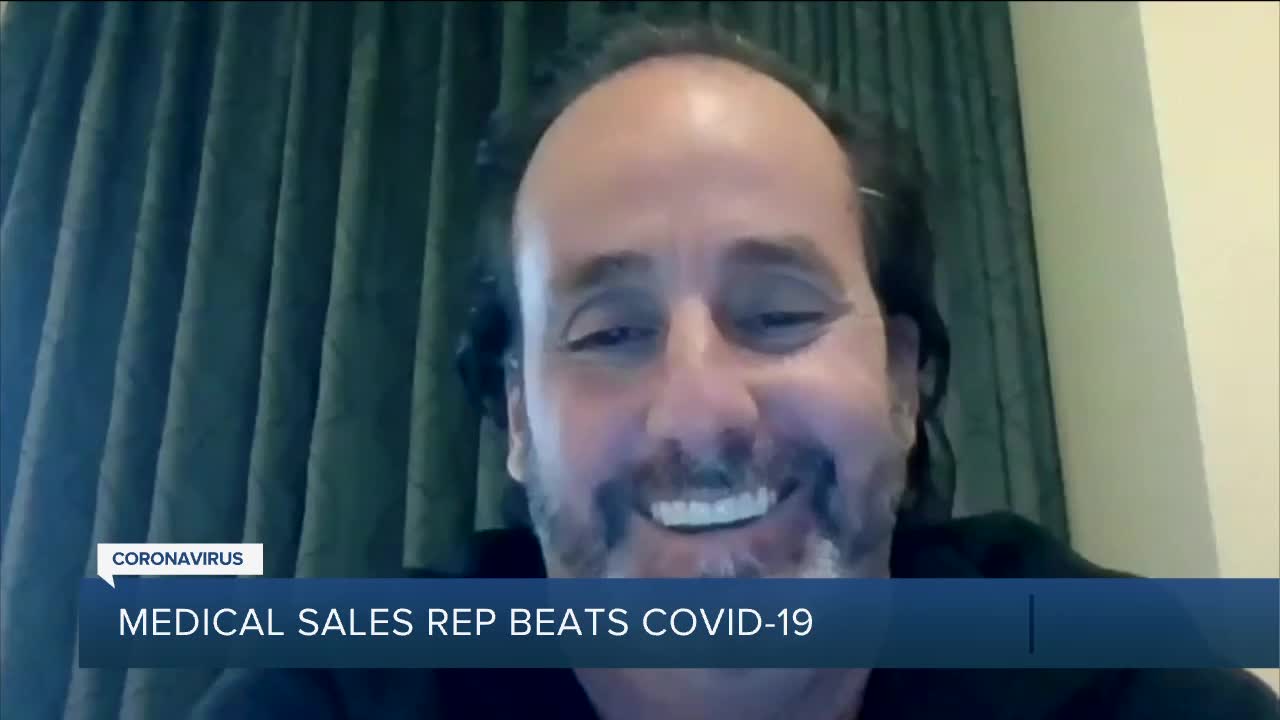 A medical sales rep is talking about his experience battling COVID-19.

Jason Valente is a healthy 48-year-old who works as a medical sales representative. He visits hospitals nearly every day for work, but up until now he had never actually stayed at one as a patient. That changed in November, after he tested positive for COVID-19.

"It was pretty serious,” Valente said. "My fever would hit 104 and then I would be in a pool of sweat from the chills.”

A week ago today, Valente walked out of the doors at Royal Oak Beaumont victorious after spending five days in a hospital bed.

“I'm like, 'I cant believe I’ve fallen this far this fast,'" Valente remembered thinking of his symptoms before he checked into the hospital. "It was very, very scary, absolutely.”

His illness started out as a cough and shortness of breath, then he tested positive for COVID-19. As he was recovering at home, his symptoms got progressively worse over the course of a week, so he visited Royal Oak Beaumont and was admitted.

“You hear that you should be asymptomatic and you should be fine, and then when your symptoms start going in the other direction you’re like ‘oh my gosh, am I one of these people where it’s slipping out of hand?'” Valente remembered thinking.

Luckily, Valente stayed off a ventilator while under the care of nearly 20 medical professionals, including nurse Peter Bahry.

“He looked like he was 30, and to see him in a hospital room it did not make sense,” Bahry said.

According to Bahry, Jason was given Remdesivir, which has become a promising treatment. Bahry is beginning to see more and more patients leaving the hospital with good outcomes.

“It's definitely not what it was in March, thankfully," Bahry said. "A lot of our patients are doing better, not a lot of them are on vents which is good.”

Valente says he still is a bit sore when going up the stairs at his home.

More than two weeks after his positive test, Valente is still feeling the impact the virus had on his body. His bout with the virus has impacted him, and he hopes sharing his story will impact others.

“This really opened my eyes and made me understand that we have to do everything that we can,” Valente said. "Four to five days of constant battling and then another four to five days in the hospital trying to recover is nothing I’ve ever come across before.”