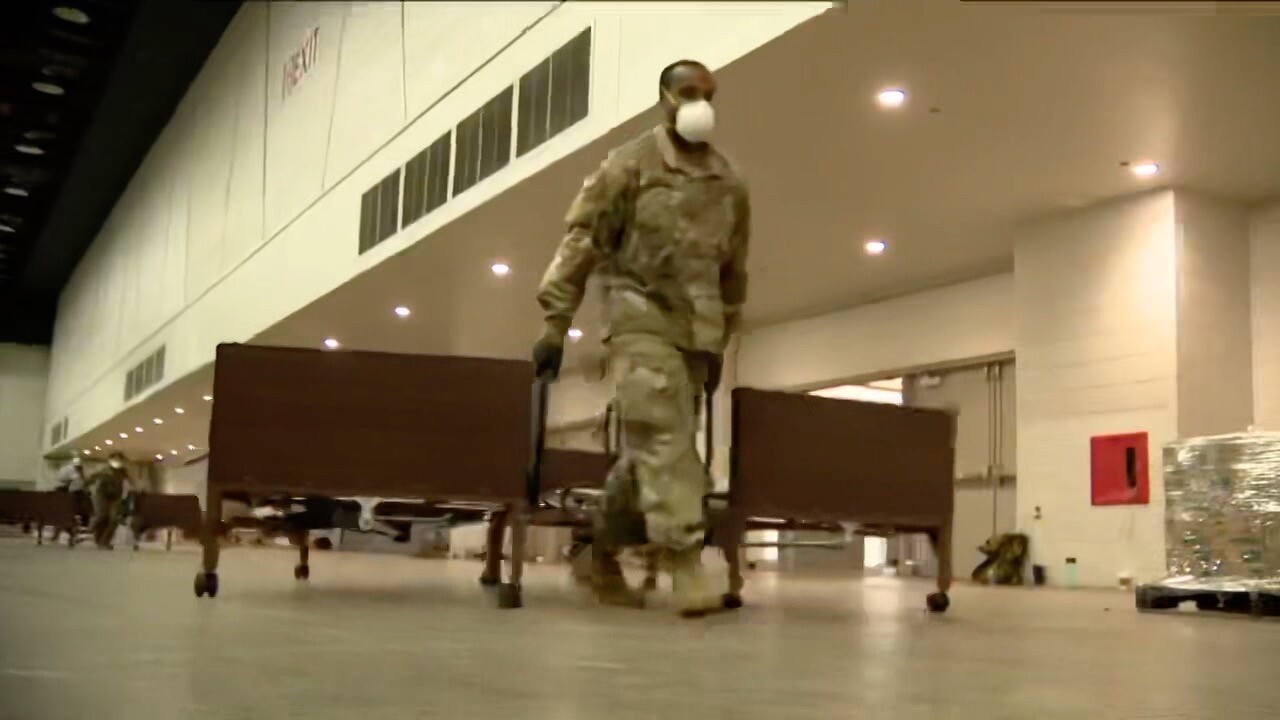 LANSING, Mich. — About two weeks ago, President Donald Trump authorized Governor Gretchen Whitmer’s request for National Guard support and since then soldiers have been ingrained in the community assisting on the frontlines.

The Michigan National Guard has been playing a pivotal role in the state’s response to COVID-19.

Garrett, a medical officer, spoke with FOX 17 from the Guard’s Lansing, JRSOI, the military term for their bases.

His role, among others, is making sure soldiers are well rested, fed, healthy and prepared to go into the community.

“In our Lansing location, we've got roughly about 100 soldiers here that are going out daily and performing missions. So every morning they get a medical screening, and it's real basic but we just make sure that they're healthy before they go out in the community, and provide them with, with all the equipment they need and PPE and food and transportation,” Garret explained.

That’s before soldiers go on with long days that include anything from distributing food and supplies to places in West Michigan or helping set up field hospitals to ease the burden on hard hit health care facilities on the east side of the state.

Since their activation, the Michigan National Guard helped transform the massive TCF convention center in Detroit to a 1000 bed field hospital, which began accepting patients on Friday.

By the end of next week, there could be hundreds of COVID-19 patients being treated there.

“We're doing what we need to keep the hospitals and the supplies and the citizens all taken care of,” Garrett added.

The guard has active sites in Lansing and Romulus, but they say they are prepared to respond anywhere they are needed