Mom searching for dentist after son's surgery postponed due to COVID 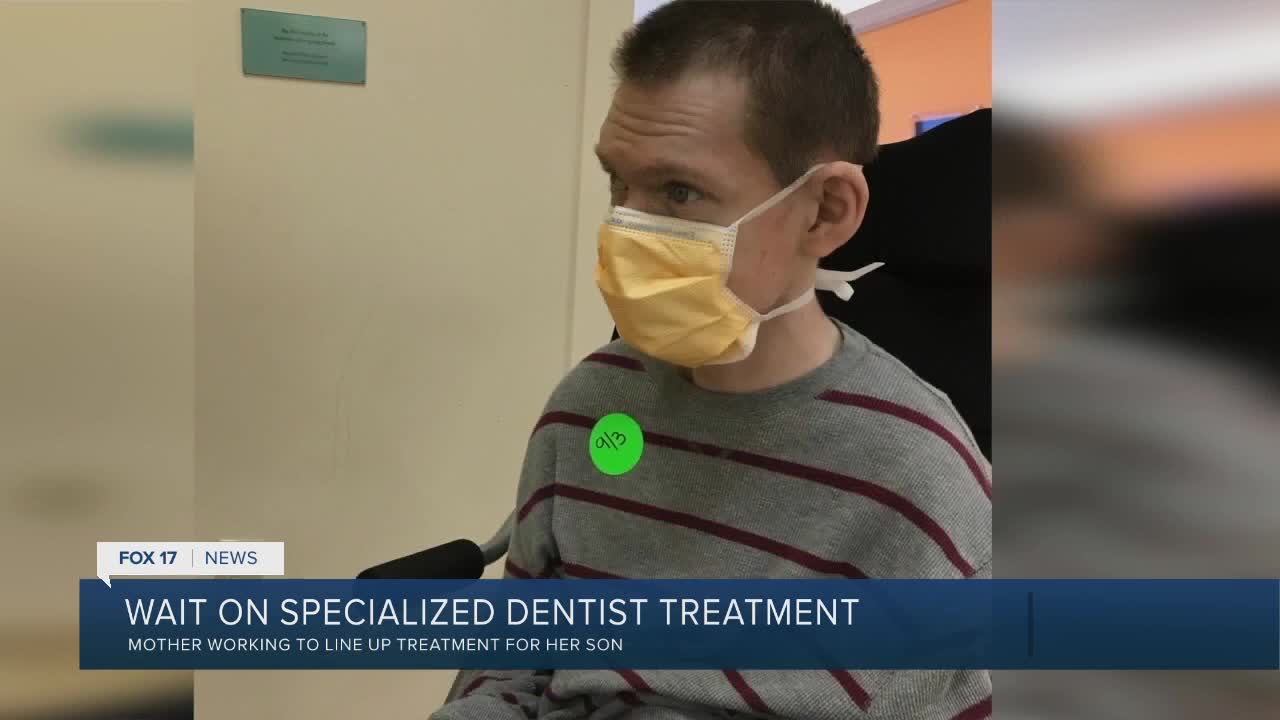 Even though he’s dealing with major pain, she said doctors cannot perform the surgery he needs until next summer.

Rogers introduced us to her son Nathan, who has been dealt a pretty rough hand. He is 37 and is speech and communication challenged. He had a couple of blood disorders at birth and was diagnosed with cerebral palsy before he was two.

“All of the doctors that I’ve had, instances of life-threatening situations for Nathan, he has even survived when there was a zero percent chance,” said Rogers.

He had pneumonia every two weeks growing up, and the medication doctors prescribed for his seizures caused liver failure.

“Beyond that, he had a condition called toxic megacolon, which was a zero percent chance of survival,” she said. "All organs failed and shut down, including his heart."

Because of his medical history, Nathan cannot go to a regular dentist and needs a hospital setting for general anesthesia.

Rogers says the dentists she has called no longer take Medicaid.

Five years ago, she got a referral for the University of Michigan but was denied.

“And all they came back with was, ‘I’m sorry, we don’t provide preventative care’, and I said, ‘What do you provide?’ And they said, ‘We provide emergent care.' So, in other words, I have this very medically fragile young man who if he does get an infection -- very potentially can go critical, very critically ill very quickly -- you’re telling me I can make the two-hour trip to U of M with an emergent situation that might be too late. ‘I don’t know how to help you, but yes, that’s basically it. We only provide emergency care.'"

Since then, she still hasn’t found any dentists with hospital privileges who take Medicaid.

Nathan has not had dental treatment now for 12 years.

“When he’s got pain,” she said, “he’ll be sitting here grinding his teeth, and you almost can’t tolerate it, he’s grinding so intensely. He’s done that so much to cope with chronic acute pain that he has that he’s ground the tooth down to pulp.”

Nathan now needs at least two teeth removed. He is already having bad reactions to the medication for the infection.

When Rogers finally got approval to get work done at the University of Michigan, their schedule was not clear for an appointment until June 2021 because of COVID.

“He said, ‘I’m sorry’. He said, ‘There are a lot of patients that are in need and have even abscesses at this point who are waiting in line."

That’s why Beth posted on Facebook asking for help and prayers. She’s trying to find a dentist out there who might take Medicaid and be able to see Nathan in a hospital.

“We figure with God all things are possible, so we sit and wait. We kinda play it out by ear.”

Rogers says there’s a chance a doctor in Louisville, Kentucky, might be able to help, but the six-hour drive with Nathan might be tough.

If you know of a dentist who might be able to help, you can email Beth at dawings@bciwildblue.com.