State lawmakers to consider extending state of emergency in Michigan 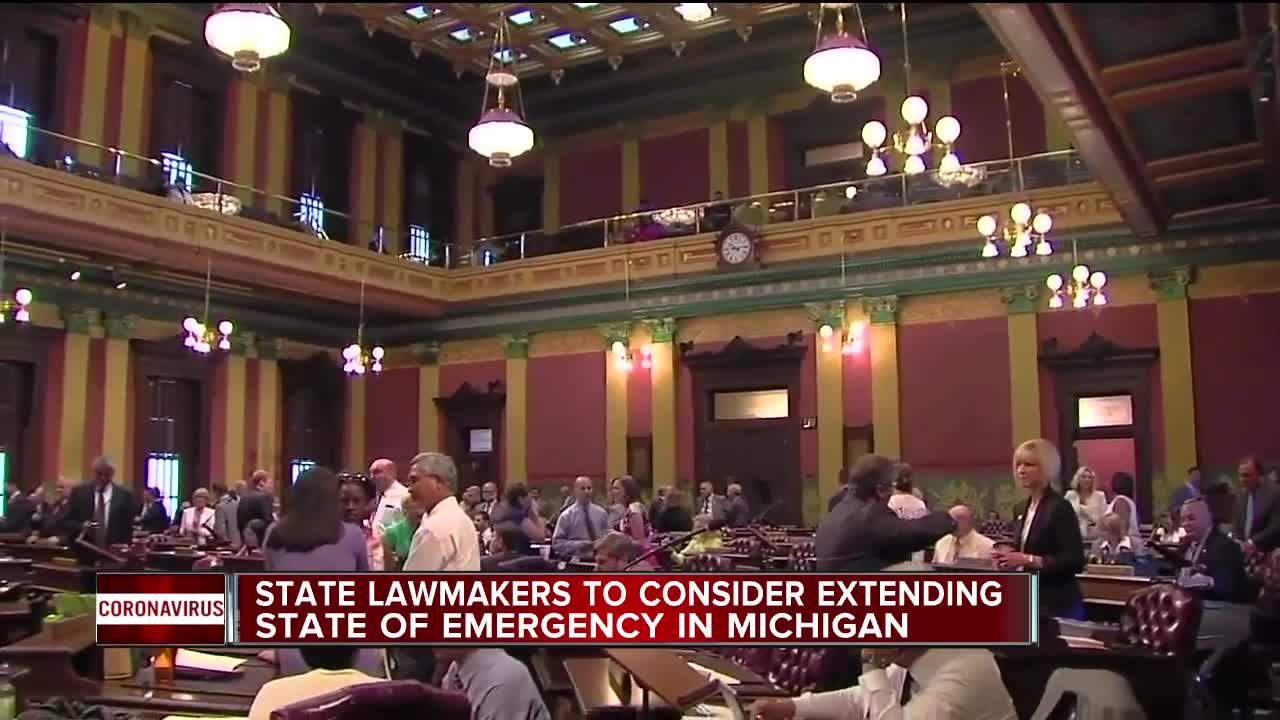 State lawmakers to consider extending state of emergency in Michigan

Some Republicans want the order to stay through April and then re-evaluate, whereas Democrats, along with Governor Whitmer, want the order in place through mid-June.

Some lawmakers, including the governor, are concerned with meeting in person at all during this health crisis.

"It's really just a one-day extension, and it really doesn't make a whole lot of sense to come in just to extend for one day. Now, if they're coming in, I hope that they will seriously look at going 70 days, because I would hate for them to have to come back at the height of the crisis we're confronting," Whitmer said.

Some lawmakers have said they won't attend the session out of concern for their safety.

"I would prefer that we don't go, but we have to because the speaker is calling session," Rep. Darrin Camilleri said.

House Speaker Lee Chatfield sent a memo to legislators detailing health protocols in place during the meeting, including a three-hour check-in and screening.

”I feel that all the safety measures we are putting into place and all that goes with that is actually probably a safer environment than going to your local grocery store," Rep. Jason Sheppard said.

“If we're going to extend something this long, if you're even going to consider 70 days, there has to be some checks and balances in that," Sheppard said.

The issue of power also comes into play here – extending the state of emergency also grants Gov. Whitmer greater executive authority during this crisis. There are also talks of passing a measure that would give state lawmakers the option to meet remotely moving forward.