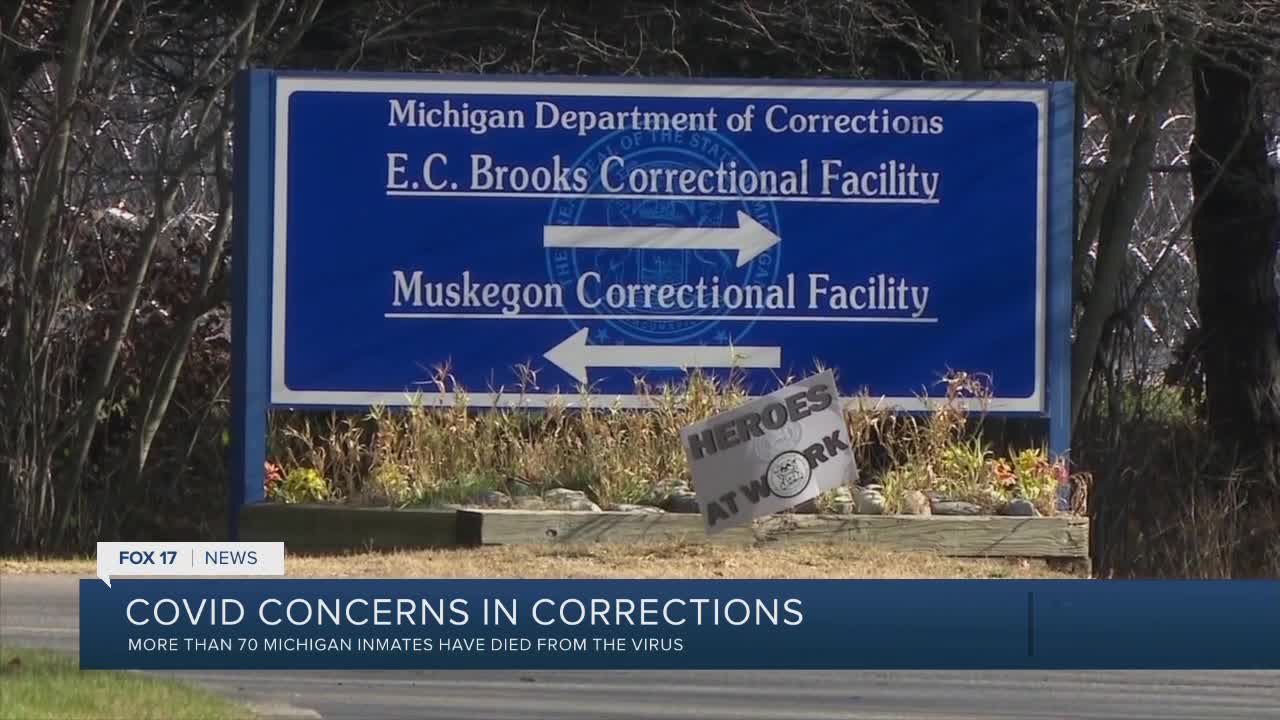 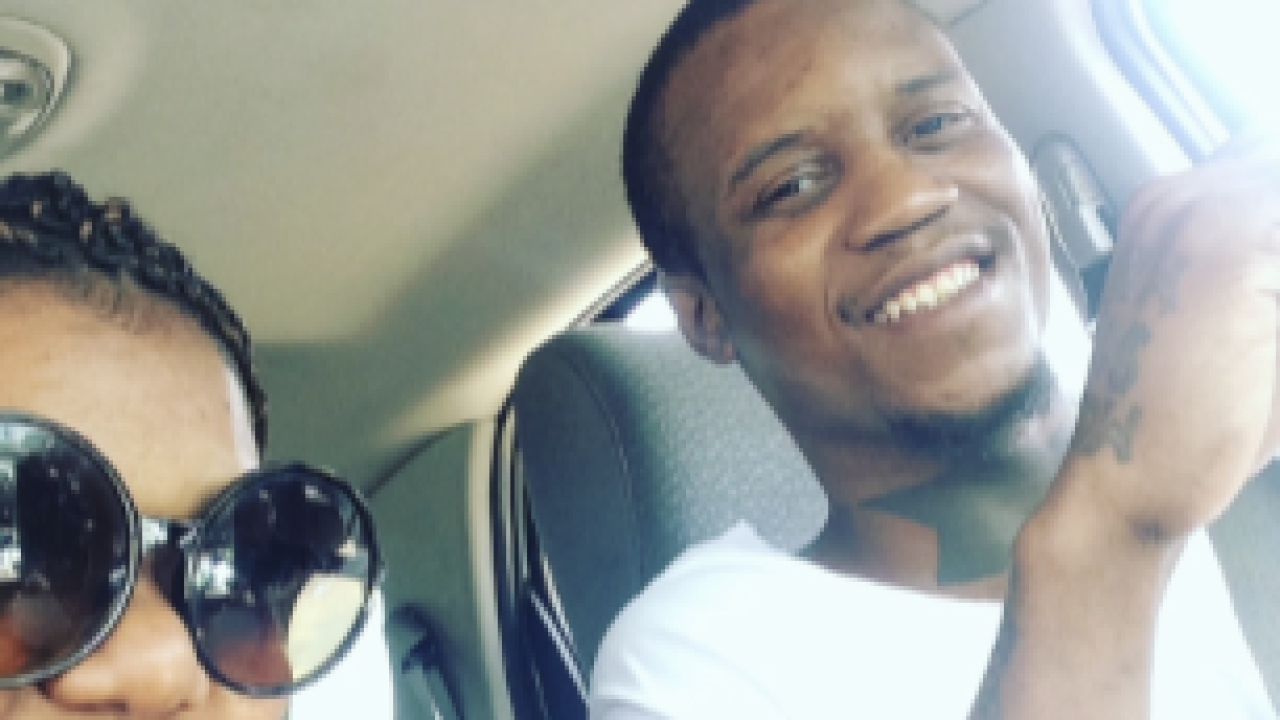 MUSKEGON, Mich. — According to online data, there have been 77 inmates within the Michigan Department of Corrections who have died after contracting the coronavirus.

We spoke with a wife who is pleading with the state to keep prisoners, like her husband, safe behind bars.

She tells FOX 17 it’s hard because there’s nothing she can really do from the outside. He talked with us as well, saying their concerns are not being addressed.

“When he calls in, he’s like, ‘oh I’m so concerned’ he’s so worried that he’s gonna catch COVID,” said Shira Whitaker.

Whitaker is worried about her husband Dangelo. He’s been locked up at the Earnest C. Brooks Correctional Facility in Muskegon on a weapons charge since January.

“You know,” said Whitaker, “since the COVID hit they shut down all the visits. So, for the prisoners to even be coming in contact with this it has to come from the police officers and things like that. What they’re doing is not keeping these officers in one unit, they’re cross-contaminating them to let them go to the Level 1 unsecure housing unit which means they’re carrying it over there.”

Dangelo says his bunkmate recently tested positive for COVID-19. His wife is concerned about his health.

“He does have asthma and also he was in a recent car accident before he went into custody which he’s not able to get the treatments and things that he needs there,” she said.

Shira helped us connect with Dangelo behind bars for five minutes.

“No matter what mistakes we’ve made in the past, we’re still human beings,” said Dangelo. “A lot of us got health issues and the way they got it going is, they got officers working. They’re not properly cleaning and sanitizing the unit, they’re not social distancing, it’s a lot of COVID protocols that are not being followed.”

The department has tested its 12,000 staff members and 39,520 inmates, multiple times. When inmates are set to be paroled, discharged, or moved, they’re tested again and have to wait until the results are back before anything happens.

Out of all the inmates in the state, 11,233 have tested positive as of Thursday night, 5,660 have recovered, and 1,223 are in step-down status. That means they’ve been cleared by the chief medical officer, are symptom-free and not contagious.

Of the positive cases, 4,010 are still active inside the prisons, 260 have been paroled and 77 inmates have died.

When it comes to the Brooks Facility, 1,194 prisoners have been tested, 469 have confirmed cases, with 405 active, also as of Thursday night. There are 46 staff members confirmed to have the virus too.

No one has died at Brooks, but seven have next door at the Muskegon Correctional Facility. At least two since Wednesday.

“I mean we all raise our voice but don’t nobody do nothing about what we say. What we say don’t matter,” said Dangelo.

The MDOC says it has several safety protocols in place, including handing out three washable masks to every inmate and staff member, they use bleach during cleaning, increased soap production, and put up CDC posters on proper hygiene.

They also quarantine people for 14 days if they’ve been around someone who tested positive.

Reporter: “Have you been quarantined yet?”

Dangelo: “No, I haven’t been quarantined.”

Whitaker contacted FOX 17 because she says things aren’t kept in check where her husband is being housed, he could be the next statistic.

“We’re still human, you know what I’m saying? We’re not animals or nothing like that they still deserve the correct treatment,” she said. “If they catch COVID in there it’s way different then us out here. We can go to the hospital, we can try to get a cure or try to get medicine or try to do remedies to try and heal from that – where they’re left with nothing.”

Besides the 77 inmates, three MDOC staff members have also died from COVID.

Click here to view statistics and COVID safety precautions from the Michigan Department of Corrections.