Whitmer has been the target of criticism since her extension of the stay-at-home order; a protest is planned for Wednesday 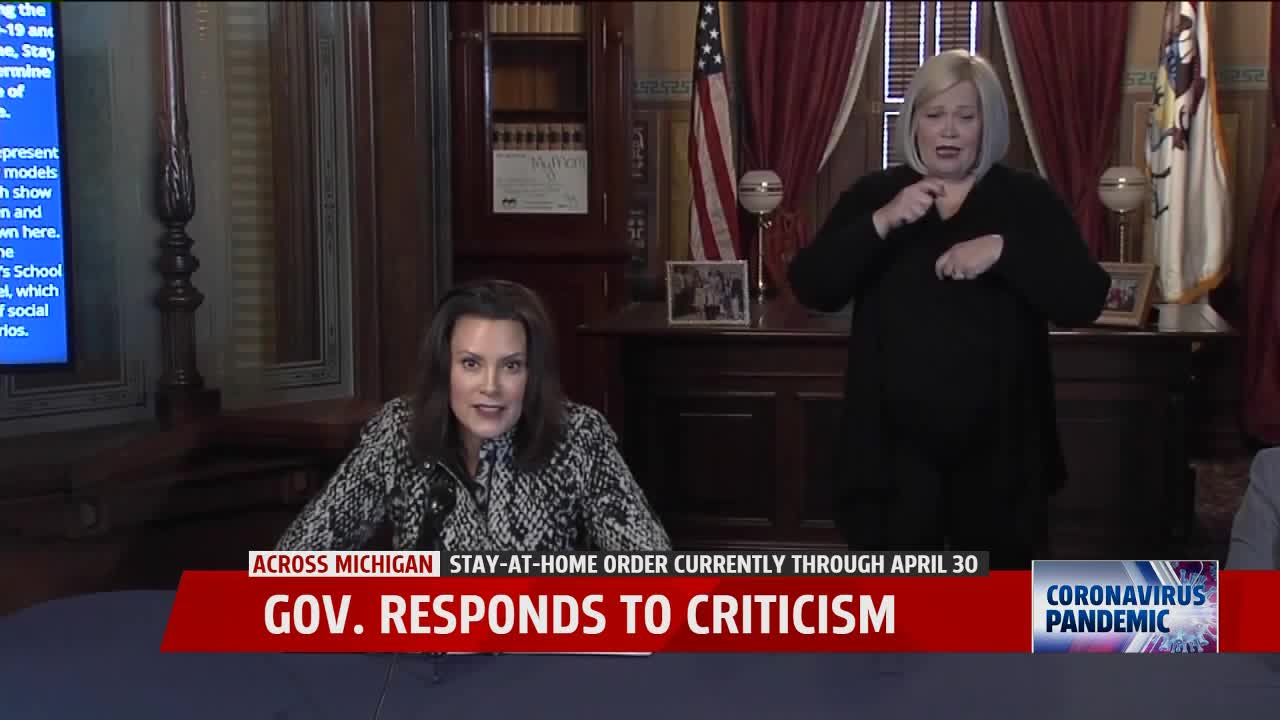 The Governor has been facing criticism since extending her stay-at-home order last week. 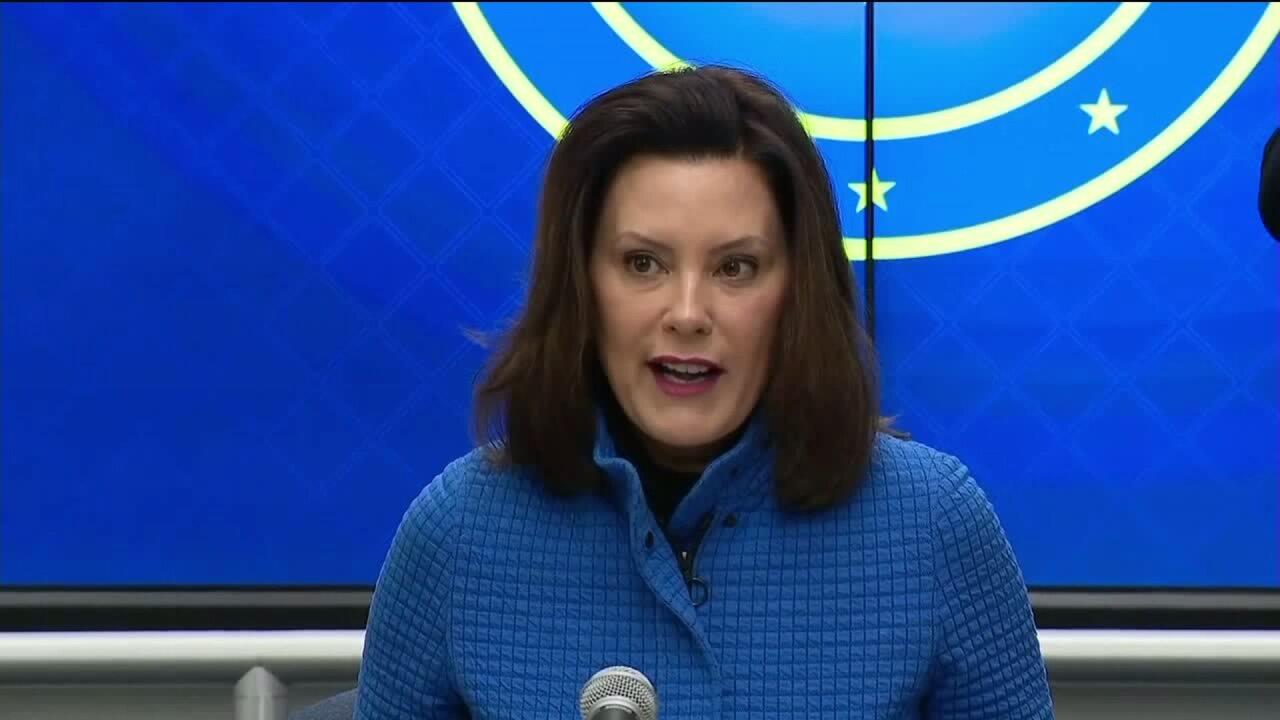 LANSING, Mich. — Governor Gretchen Whitmer addressed the public Monday and gave an update on where Michigan stands in the fight against COVID-19, but she also took time to respond to the criticism she’s faced since extending the stay-at-home order.

The governor says the measures the state is taking are starting to work, adding that her decision to tighten restrictions and extend the stay at home order is not one she takes lightly.

“The trajectory is looking as though it’s starting to flatten. That means all these incredible measures we’ve taken may really be starting to work,” Whitmer said.

Whitmer offered a message of hope to the public as Michigan health officials said Monday, the number of new COVID-19 cases in the state is starting to plateau.

“We will get past this, we will get through this. It is not a permanent moment,” Whitmer added.

“I’ve had a lot of sleepless nights because this is tough stuff. And i know that people in our state are paying a price for the decision that we have to make in this moment,” she said.

The governor has been the target of criticism since tightening restrictions and extending the stay at home order through the end of April.

Now, the Michigan Conservative Coalition is organizing a “Gridlock Rally”

On Wednesday at 12:00 p.m. people are being encouraged to drive solo and create a traffic circle around the capitol building.

“I want you to have your freedom. I want to have mine, too…But those days where we can resume some normalcy, they are on the horizon if we keep doing what we need to do to get past this moment,” she said.

Governor Whitmer says she doesn’t have a problem with the protest, but without naming her, threw a shot at Education Secretary Betsy DeVos during Monday’s address.

“I also would just say, I think it is this group is funded in large part by the DeVos family and I think it’s really inappropriate for a sitting member of the United States president’s cabinet to be waging political tax on any governor, but obviously on me here at home. I think that they should disavow it and encourage people to stay home and be safe.”

Michigan Freedom Fund is the group in question.

He called the governor’s claim “wild,” adding that MFF put money into advertising the rally, not organizing it.

“That is the extent of what we have the freedom fund have done we put a whopping $250 behind a Facebook ad to promote this just to get more eyeballs on it because we think it's an important and important use of our constitutional freedoms. And for some reason the governor decided today to make this wild claim that the DeVos family was funding this rally and I think the Conservative Coalition and the thousands of people who have signed on to that group are offended by that. And as they should be,” Daunt said.

Daunt like many critics, says the governor’s latest order is arbitrary and unnecessary.

“It's not about essential versus non-essential it's safe versus unsafe. And I think her order on Thursday that doubled down and actually tightened restrictions on people was really tone deaf,” Daunt added.

The Freedom Fund is still running the $250 Facebook ad and is encouraging people to partake in the gridlock rally.

“We certainly are not about to be intimidated by some kind of offhanded incorrect statements from the governor and her team,” he said.

FOX 17 reached out to the DeVos Family, their spokesperson Nick Wasmiller said the following, “Contrary to the Governor’s statements, the DeVos family hasn’t funded this protest nor has it offered prior support to the organizing entity. They understand the frustration of fellow Michiganders however, as elements of the governor’s top-down approach appear to go beyond public safety. Michigan deserves competent governance, not baseless attacks.”

On Monday Governor Whitmer did clear up some confusion about the order, saying people can absolutely still buy car seats, bug spray and American flags saying those are false rumors that have been spread on social media.