Businesses respond to Thursday 'Open Up' event in Newaygo 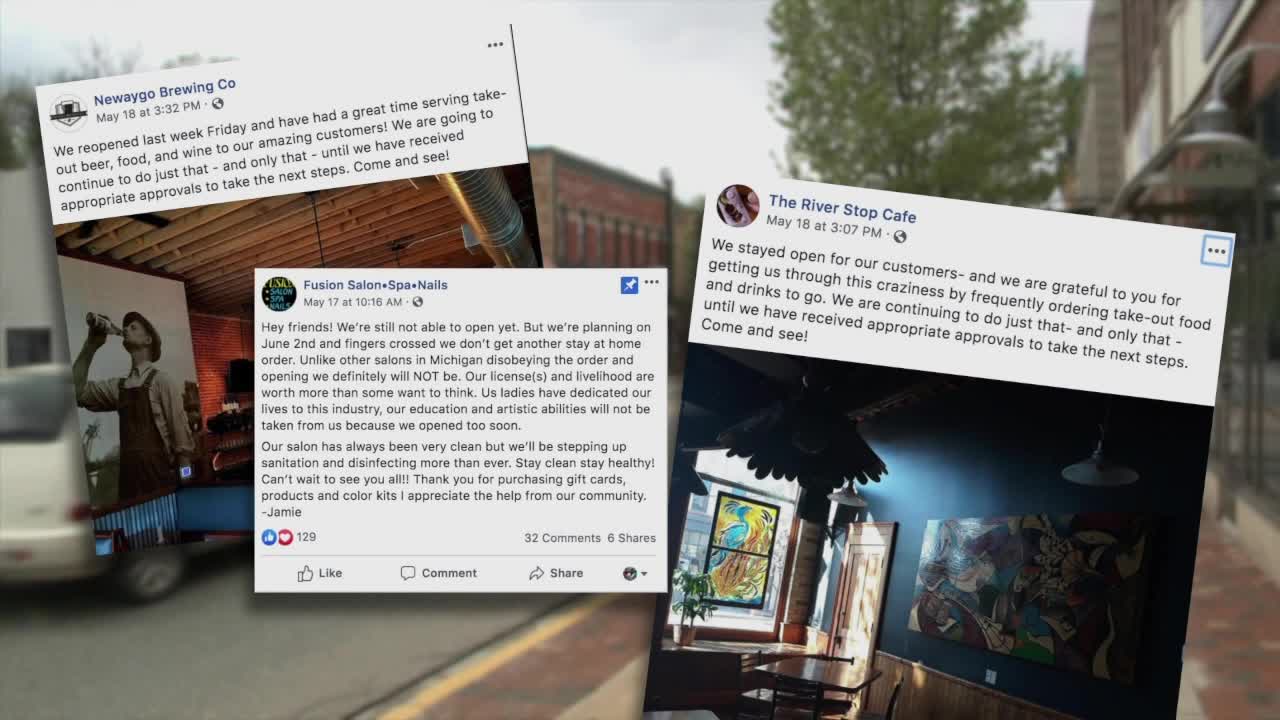 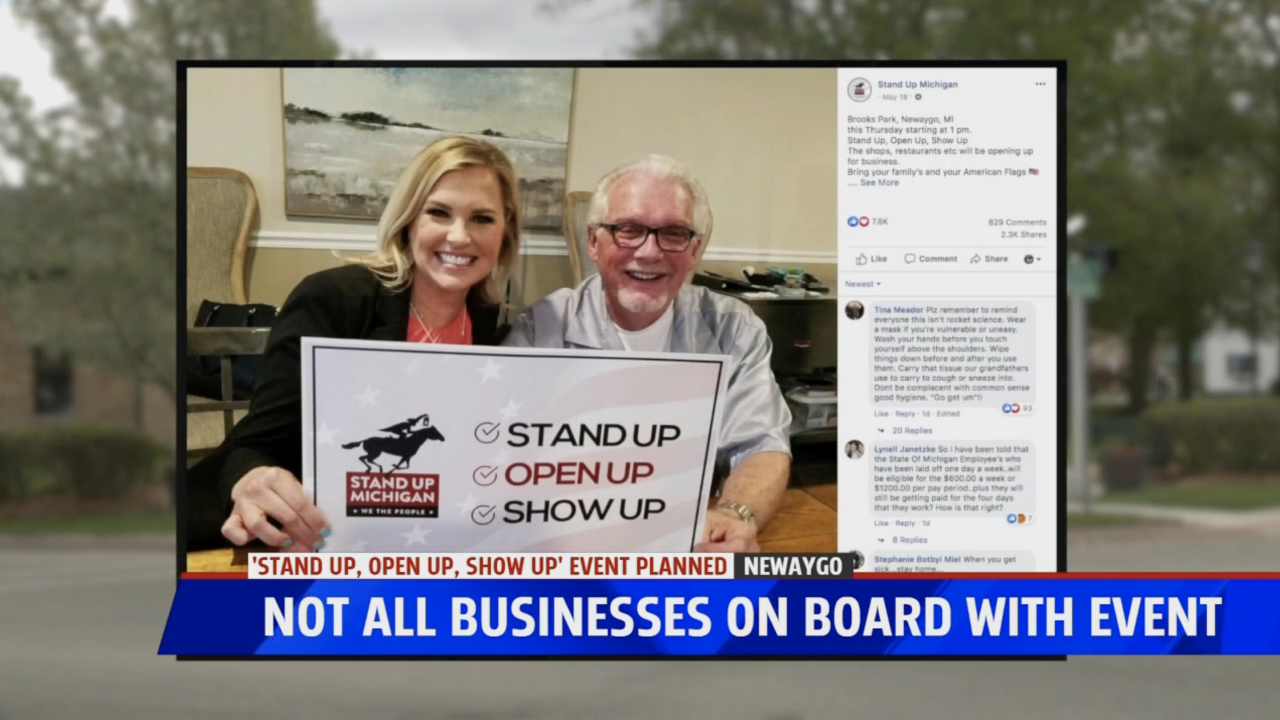 NEWAYGO, Mich. — An event happening Thursday in Newaygo is drawing some criticism online after several businesses in the downtown area have said they do not plan to participate.

The event, dubbed 'Stand Up, Open Up, Show Up' by organizers, is set to happen at 1:00 p.m. in Brooks Park near the City's downtown area.

Organizers with Stand Up Michigan said in their announcement about the event, "The shops, restaurants etc will be opening up for business. Bring your family's and your American Flags."

But some business owners are upset they were not involved at all in the planning stages.

“It could have drawn some really positive attention if it was handled correctly to our town. It could have brought some unbelievably needed funds to our town," said Gabe Schillman, Owner of Studio 37 Arts and Culture Center.

Schillman says he has actually supported some of the viewpoints Stand Up Michigan has pushed in recent weeks, but doesn't agree with how they have handled Thursday's event in Newaygo.

“I think it's extremely disrespectful to come in here and use that as a backdrop to push some political agenda," Schillman said.

But Garrett Soldano, founder of Stand Up Michigan, says the event is not political.

“It's not a political rally, it's not a protest. We want everybody to drop the signs. Don't bring any signs of hate or anything else. We want American flags," Soldano told FOX 17 Wednesday morning.

“We want to do is to basically support our local businesses and activate those local community leaders," he said.

And some business owners downtown are happy to have the group directing people and their pocketbooks towards Newaygo.

Jay Allen, owner of Market 41, said Wednesday, "when I heard about it, I was kind of taken aback because I hadn’t heard about it [before], but I am all for it so we’ll be there and excited, we’ll be open.”

Allen says he looks forward to welcoming the supportive crowds.

Some establishments have taken to social media this week to tell the public that while they will be open in a limited capacity Thursday, as they have been throughout the pandemic, they will not be fully opening their doors for the planned event.

The River Stop Cafe said in a Facebook post, "We stayed open for our customers- and we are grateful to you for getting us through this craziness by frequently ordering take-out food and drinks to go. We are continuing to do just that- and only that - until we have received appropriate approvals to take the next steps. Come and see!"

The Newaygo Brewing Co. posted a similar message to their Facebook page on Monday.

Gabe Schillman says many of the businesses are just upset that organizers didn't contact them during the planning stages.

“They didn't talk to any of the downtown business owners. They didn't consult, there was no strategy, you know, on the best way to accommodate whoever might be coming to our town to celebrate this event," Schillman said.

But Soldano says it wasn't their intention to blindside business owners.

“One of the business owners was very upset that we didn't give them, you know, advance and I get that, you know, that things are happening so fast that we're trying to keep up with it,” Soldano said.

Scott Swinehart, Chairman of the Board at the Newaygo Chamber of Commerce, told FOX 17 that they are not advising businesses one way or the other.

"Whether they open or stay closed, that's completely up to them," Swinehart said. "This is not our event. All of our events have been postponed to later dates. As a chamber, though, we put out a lot of information. So when there's a group of people coming in, we want to make sure that businesses are aware."