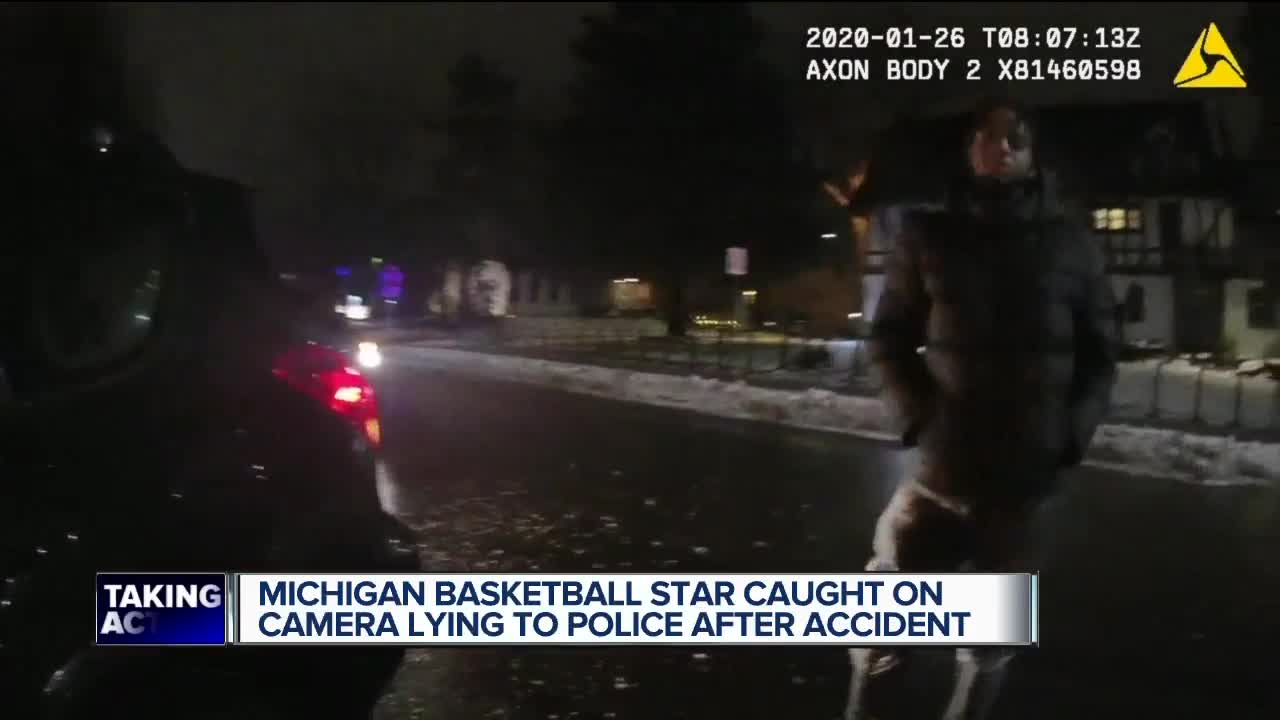 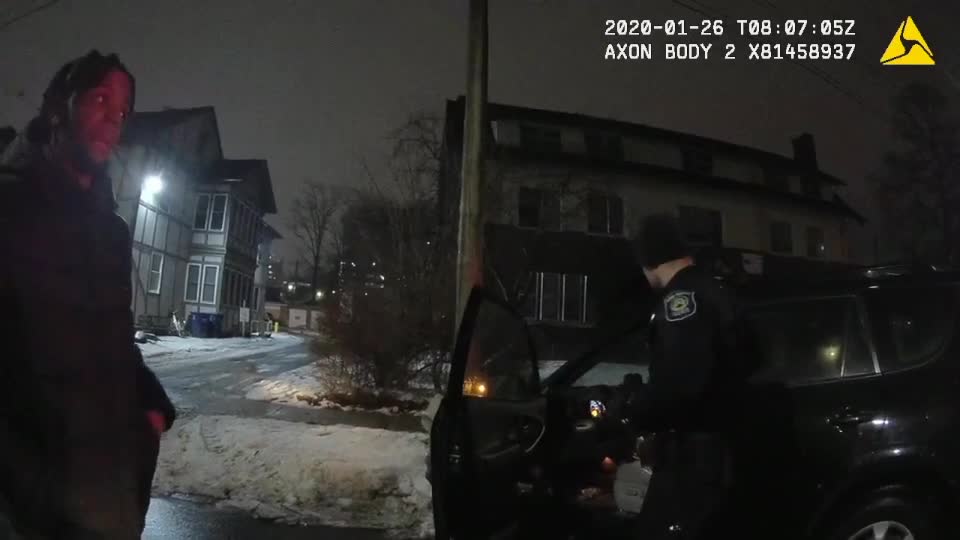 "Hello, whose car is this? Yours?" the officer asks a group of people standing by, which included Simpson.

Simpson told officers it wasn't his car, and that he saw a kid run down the block. He also told officers that he was walking to the east quad to his girlfriend's house when he came upon the car.

He knew the owner of the car, Simpson told officers, because of the UCONN tags on it.

The officer then asked for Simpson's name. He replied that it was Jeff Jackson Simpson.

The officer then walked back to his vehicle. Inside, he asked his partner, "Is that Zaiver Simpson?"

"He said his name was Jeff Jackson Simpson," the first officer said.

Another body-cam video from the partner shows him speaking to Simpson, not calling him "Jeff."

"Zavier, were you in the car?" the partner asked.

"Me? No I wasn't. I seen it coming though," he responded.

The partner then asked Simpson why he lied to the officer, and Simpson asked what he lied about. When the officer said his name, Simpson said he didn't want to get involved.

"You don't think we know you? We're not stupid. You can't lie to a police officer about your name. We can arrest you for that," the officer said.

Later, while examining the car, the officer told Simpson he knew he wasn't driving because the seat was moved up.

"I know you ain't sitting up in that front seat, you're taller than I am," the officer told him.

The vehicle belonged to Chrislan Manuel, the wife of Michigan Athletic Director Warde Manuel. Simpson said Evan Manuel, their son and the team basketball manager, loaned it out to players.

The officers made their way to Manuel's apartment, and told officers he didn't know who was driving the vehicle, according to a police report.

Later, on Feb. 2, officers contacted Simpson to learn more about his involvement in the crash. During the conversation, according to the police report, Simpson admitted he was driving the vehicle and hit the utility pole.

Officers then met with Simpson in person, who said he lost control of the vehicle on a slippery road surface when he hit the pole.

Simpson received a ticket for driving too fast for road conditions, and was suspended a day later by the team for violating team policy. He missed one game.