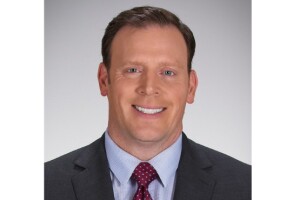 Prior to his move to West Michigan, Mike anchored the news in Savannah, Georgia. He’s also had stints in Maine, Louisiana and Ohio.

Mike has been honored for his work over the years including an AP award for ‘Continuing Coverage of the Kalamazoo Flood’ in 2008.

He also picked up an AP ‘Best Sportscast’ award in Louisiana in 1998.

Mike is a 1992 graduate of The Ohio State University, where he earned a Bachelor of Arts degree in Journalism. While at Ohio State, Mike was a four-year letterman for the Buckeyes on the Lacrosse team. He finished his career as the 5th all-time leading scorer.

Mike grew up in Syracuse, New York. He currently lives in Grandville with his wife and two kids.