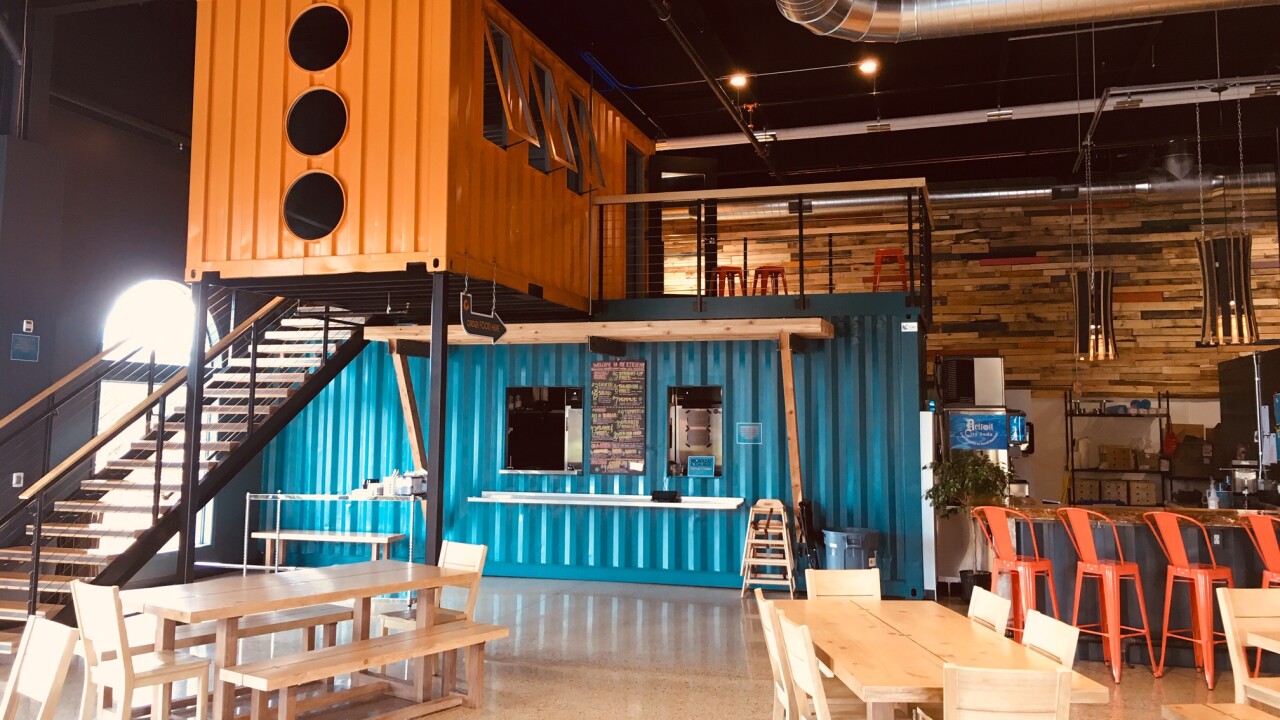 KENTWOOD, Mich. — One thing that every kid gets most excited for on Christmas morning is finding candy in the bottom of their stocking, and Broad Leaf Local Beers is trying to capture that excitement in their new line of beer that includes nuts and candy from the Koeze Company. CEO Jason Spaulding was eager to tap into West Michigan's sweet tooth.

"We have a pretty fun event today, we're launching our entrance into the greater for our Broad Leaf local beer products, so we've got four specialty beers that are on tap today," Spaulding said.

Broad Leaf is an extension of Brewery Vivant in Grand Rapids , which pushes the limits of experimental beer with sweet ingredients. The four specialty beverages include a beer that mimics milk chocolate peanut butter clusters, a bourbon barrel aged stout, a hazy, Northeastern Style IPA, and a Vanilla IPA to round out the flight.

Making beer with unique ingredients like chocolate and bananas is not an easy process, but Spaulding and his experienced brewmasters are up for the challenge.

"It's a lot different, we're adding a lot of different ingredients that we don't normally use, so it's kind of fun but kind of scary cause we're going into a new realm of beer," Spaulding said. "We don't exactly know hoe bananas age with beer, so we're pushing the limits, but it's been a lot of fun. Our brew team has been making beer for a long time."

To go along with buying the holiday fun, when being the first one of the day to buy a four-pack of the beers in store, the drinks are delivered via a rube-goldberg inspired machine, which uses marbles, pulleys and matchbox cars to capture that same excitement.

If the beers remain popular following the holidays, Spaulding is aiming to scale the recipes up and put them on the market in the first quarter of 2020.

"We're going to see how it goes, we're more interested to see what people think of the beers so we know what to put in cans and kegs for the rest of the city." Spaulding said. "This could turn into a big event around the holiday time, and it could be a lot of fun."

Broad Leaf Local Beers, located at 2885 Lake Eastbrook Blvd. SE in Kentwood, is hoping that West Michigan beer lovers stop in for the tasty beverages and stay for the sense of community.