Over half a foot of heavy, wet snow to coat some in West Michigan this weekend 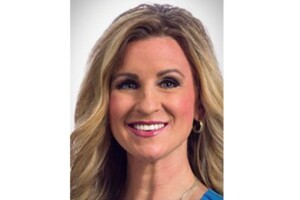 First, I am proud to say that I home the co-host of FOX 17 Morning Mix, an award-winning lifestyle show that airs M-F 9 a.m. to 10 a.m. But buckle up for the details on how I got here.

With Journey being one of my favorite bands, it’s only fitting that “just a small town girl” makes it into my bio. Oh, and the fact that my co-workers are convinced that I am related to just about everyone north of Grand Rapids.

So here is a glimpse of who I am: born and raised in Montcalm County and proud graduate of Lakeview High School. (I was even the high school mascot, a wildcat named “Wildfire; such a great memory!) I was a tomboy who loved softball, volleyball, basketball and even bowling. If there was a school club or activity, I was probably doing it.

After saying good-bye to Lakeview, I graduated from Central Michigan University, working at the Soaring Eagle Casino where I met my best friend, Rob, who I am now proudly married. From CMU, I continued my broadcasting education at Specs Howard School of Broadcast Arts.

My first job out of the gate was in 2001 as a reporter/anchor at WEYI in the Flint/Saginaw market. Eventually, I was drawn to Wheeling, West Virginia where I served as the evening anchor for many years. While John Denver was right, “Almost Heaven, West Virginia”, it was the words of Dorothy Gale, in my favorite movie, Wizard of Oz that resonated the most: “There’s no place like home!”

In 2011, my calling to come home happened. I joined the FOX 17 team as a reporter. After about a year-and-a-half of hitting the streets, I was honored to launch and co-host FOX17 Weekend Morning News along with sliding into a feature reporter role three days a week, showing off places around West Michigan.

Then, in the fall of 2013, Smart Shopper was born; well, I was BORN a bargain shopper, but now I just got the awesome job of helping others around West Michigan save money, too. On my own time, I love to refurbish furniture, make wreaths, and hit up estate sales for vintage finds, therefore, this was a match made in thrifting heaven for me.

As mentioned above, fast-forward, and my role has now transitioned into something even better as current co-host of FOX 17 Morning Mix.

While I do love broadcasting, I can say my favorite job so far was an improvisational actress/waitress at Six Flags Great America. Who knew that the ad-libbing would come in so handy?

I can’t end this without saying I am the proud mama of a little boy named Bronson Phoenix along with two cats named Pirate and Journey. (Told you I loved the band! Oddly, I found her while walking home from an REO Speedwagon concert in Wheeling.)