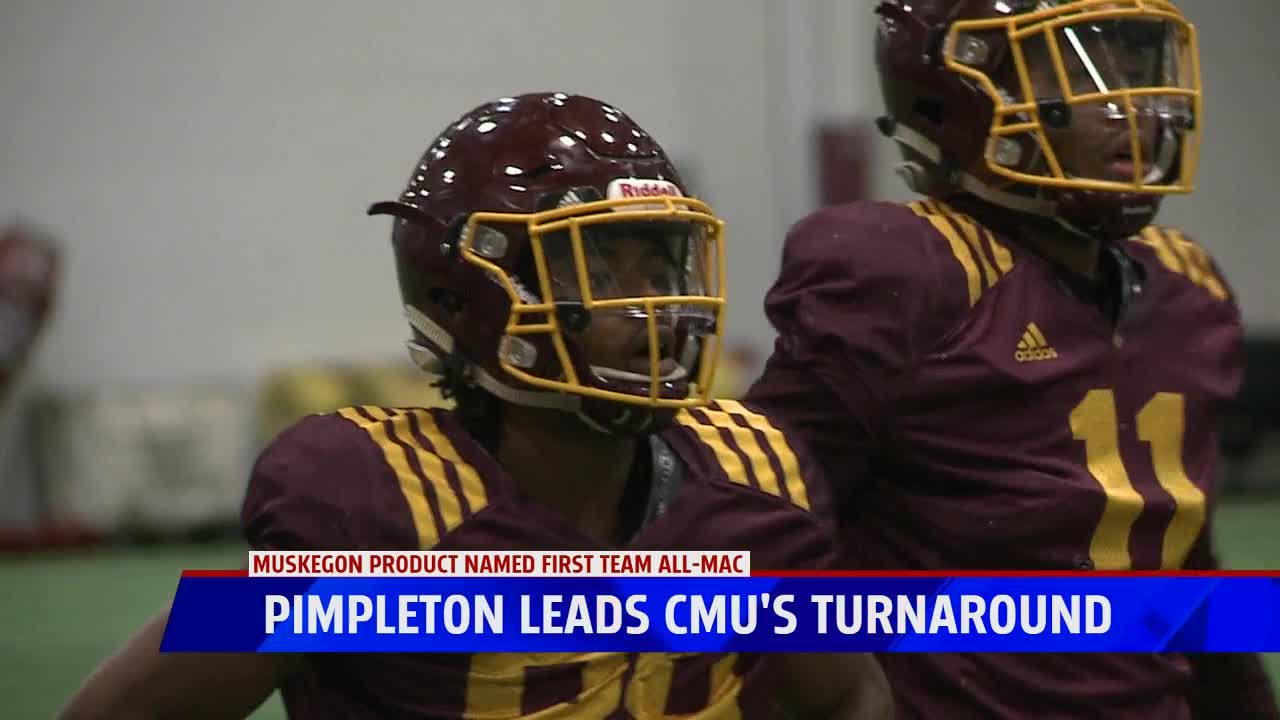 Muskegon product leading the conference in receptions and receiving yards. 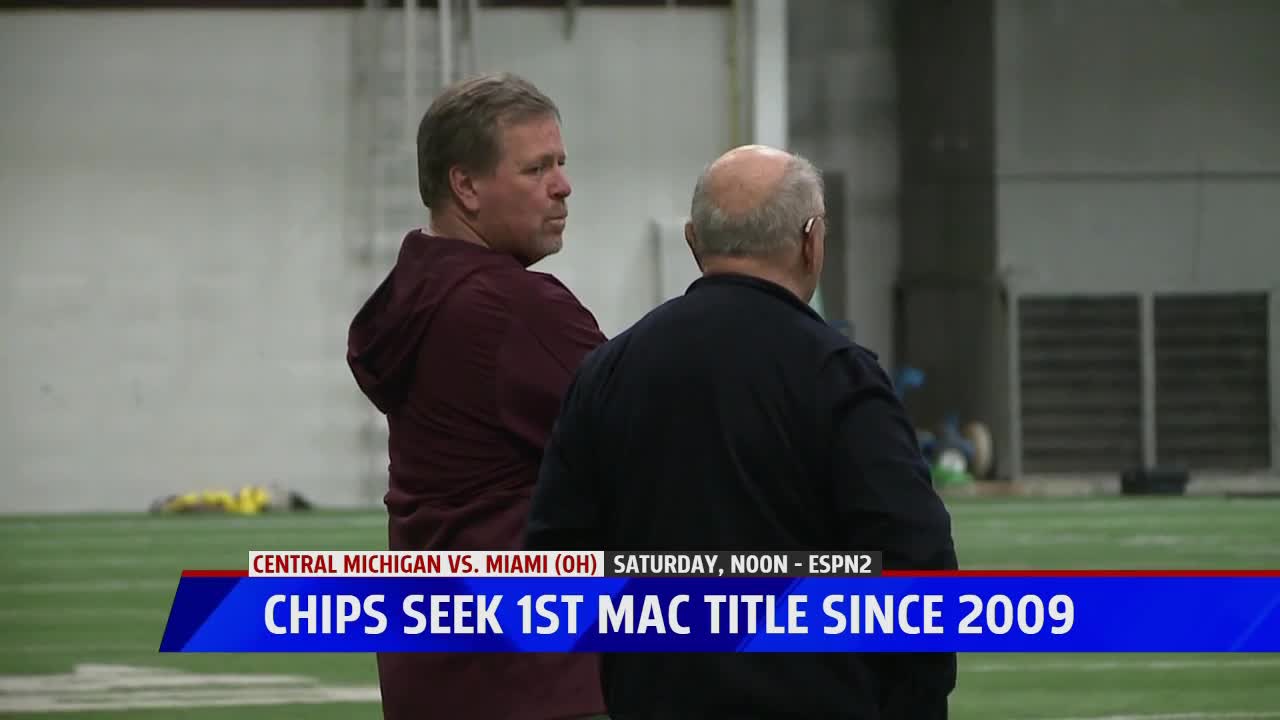 MOUNT PLEASANT, Mich. — It's the biggest turnaround in college football this season. Central Michigan was just 1-11 in 2018 but now 8-4 in Jim McElwain's first season as the Chippewas prepare for the Mid-American Conference championship on Saturday.

A big reason for the team's run is Muskegon product, Kalil Pimpleton.

"To get out there and help them change this program and go from 1-11 to the MAC Championship and from worst to first has been a blessing," Pimpleton said.

After Muskegon, Pimpleton signed with Virginia Tech and played in five games as a true freshman before transferring to Central Michigan.

"Of course it's great to see my family and be closer to home," the Central Michigan sophomore said, " and to have my brother JaCorey (Sullivan) with me."

Pimpleton and high school teammate JaCorey Sullivan were a big reason why the Big Reds made it to the state championship game back in 2016. Now, they're returning to Ford Field, this time to play for a Mid-American Conference championship.

"I played at Ford Field a couple of times but never came out with a dub," added Pimpleton, "we're determined to come out with it this time. I've got my West side boys with me, some played there, some didn't, so we're trying to get this first dub."

Pimpleton has had an outstanding sophomore season in Mount Pleasant, leading the conference in both catches and receiving yards. He was also named first team All-MAC, both on offense and on special teams for punt returns, but he won't take the credit for it.

"A lot of the guys around me have helped me get better and my mother keeps pushing me, both before at Virginia Tech to now. She's pushed me."

Away from the field, Pimpleton may be just as valuable to the team with his positive energy and leadership.

"I'm glad he's a Chippewa," McElwain said, "if I'm ever having a bad day, I want him to be around because he brings the best out of me as he does this whole team and his teammates."

And with the biggest game of his career just days away, Pimpleton is keeping the same mentality that got him to this point.

"You have to come in with the same attitude and mindset every day. As a leader, you can't have those ups and downs, you have to make sure you keep the course."

The Chippewas are playing in their first MAC championship game in ten years as they get set to take on Miami of Ohio on Saturday at noon.