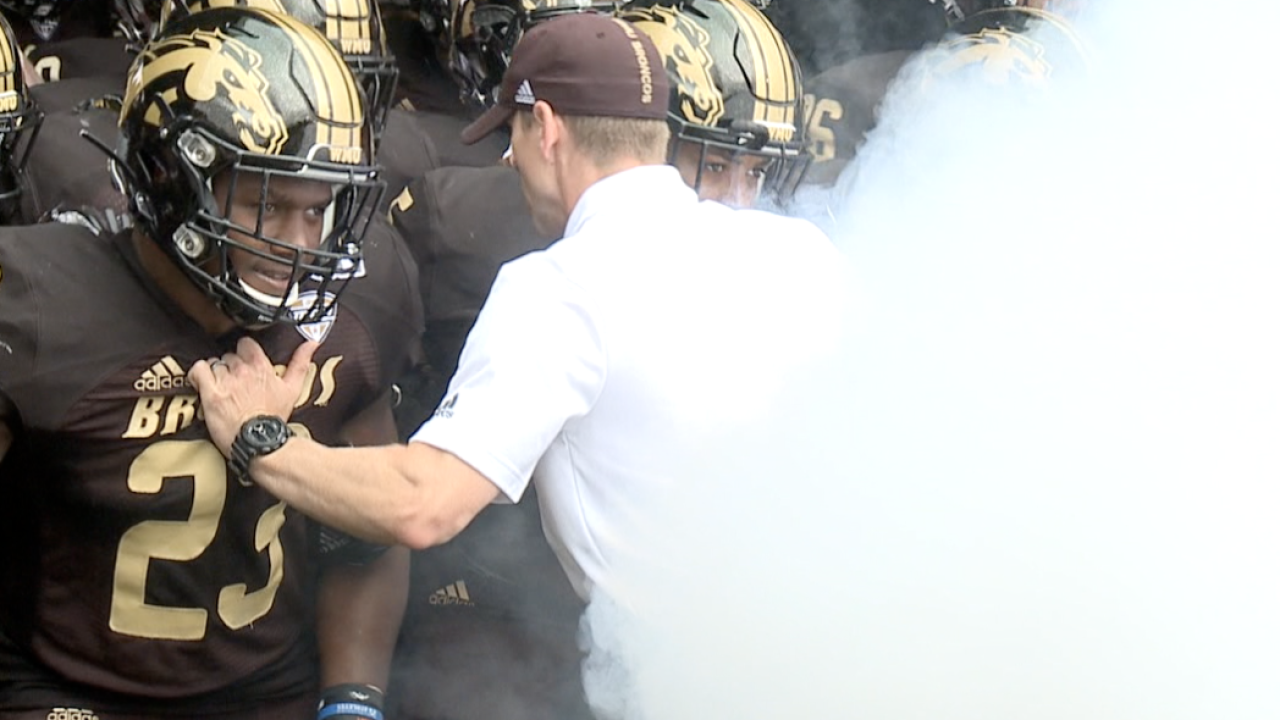 KALAMAZOO, Mich. — The Mid-American Conference announced on September 25 that fall football will return with a six game regular season beginning on November 4.

He understands it's going to look a lot different without non-conference games, but the team is ready to go.

"We're going to try to make this season the best it can be," Lester said, "it's different, but it's kind of exciting that way, it's all better than not playing."

The MAC will play six games in six weeks from November 4 through December 12 with the conference championship game being played on December 18.

Coach Lester also says that could all change with positive COVID-19 tests.

"You have to assume something is going to happen, right," he said, "with all of the percentages and all of those things. And it could be here [in Kalamazoo], I'm not naive."

The MAC has implemented a testing program that requires four tests each week for coaches and players, that means 130 tests for the program four times a week.

"Our health center here does such a great job," Lester explained, "they're able to turn those tests around so fast so that when we get tested in the morning, when we take the field at 9 AM, I already know."

However, as we've seen at every level of football this fall, one positive test can lead to many and that's something Coach Lester is making sure his players are aware of.

"It's literally an every day thing," he said, "you control the bubble around you, even with contact tracing. If you control your six feet around you, nobody can trace to you."

Practice also looks a bit different to start the 2020 season as Lester says he's less of a football coach and more of the mask police.

In fact, Lester has a microphone over the stadium speakers at every practice and makes sure his players and coaches have their masks and are following protocol.

"I'm like the mask patrol," he chuckled, "at some point, I'd like to coach football again, but I have the mic over the whole stadium speaker and just scream the name. I could be 90 feet away, if I don't see a mask, I'm screaming."

The Broncos return a lot of talent from a 7-6 team last fall but the coaching staff is also making sure that the entire roster is ready to step up.

"It's fun to have a lot of guys that have experience," said Lester, "and we have some young guys that will be in the mix too because, this year more than ever, everyone has to be ready."

Western Michigan will kickoff on Wednesday, November 4 at Akron in a MAC crossover game before being home against Toledo on November 11.