Tonight's Forecast: Few clouds drift in, still cool but not AS cool 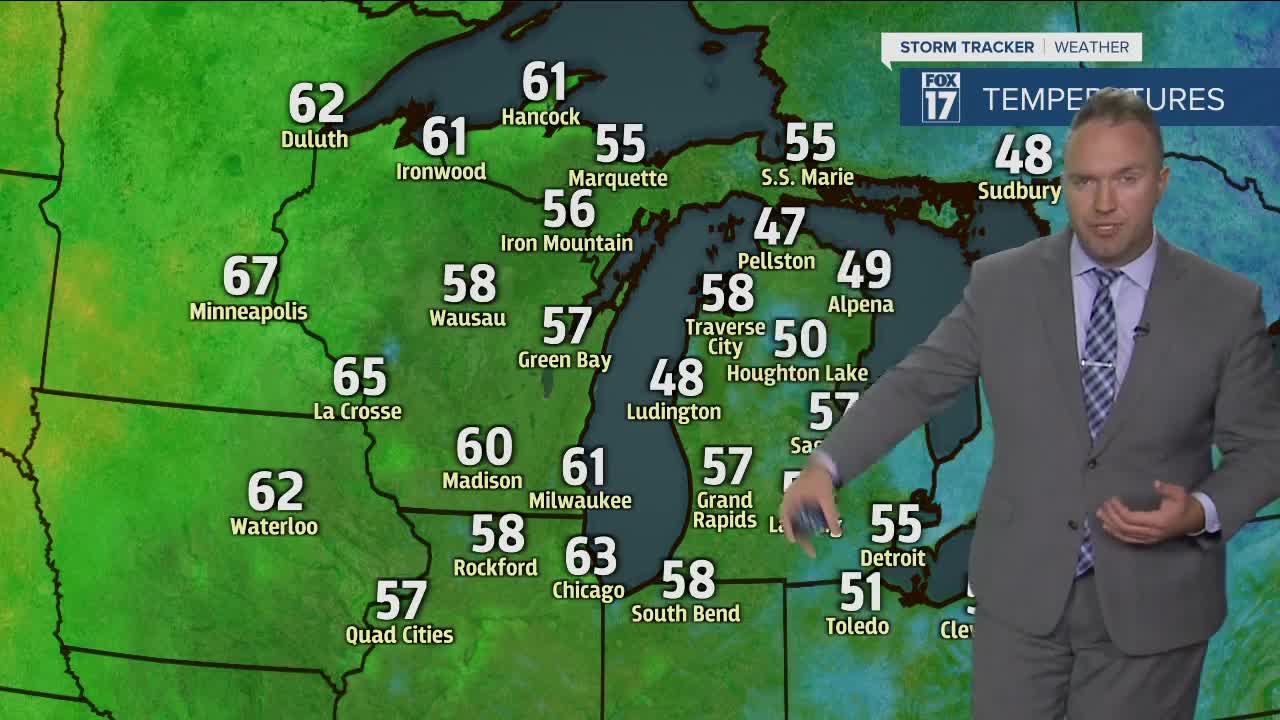 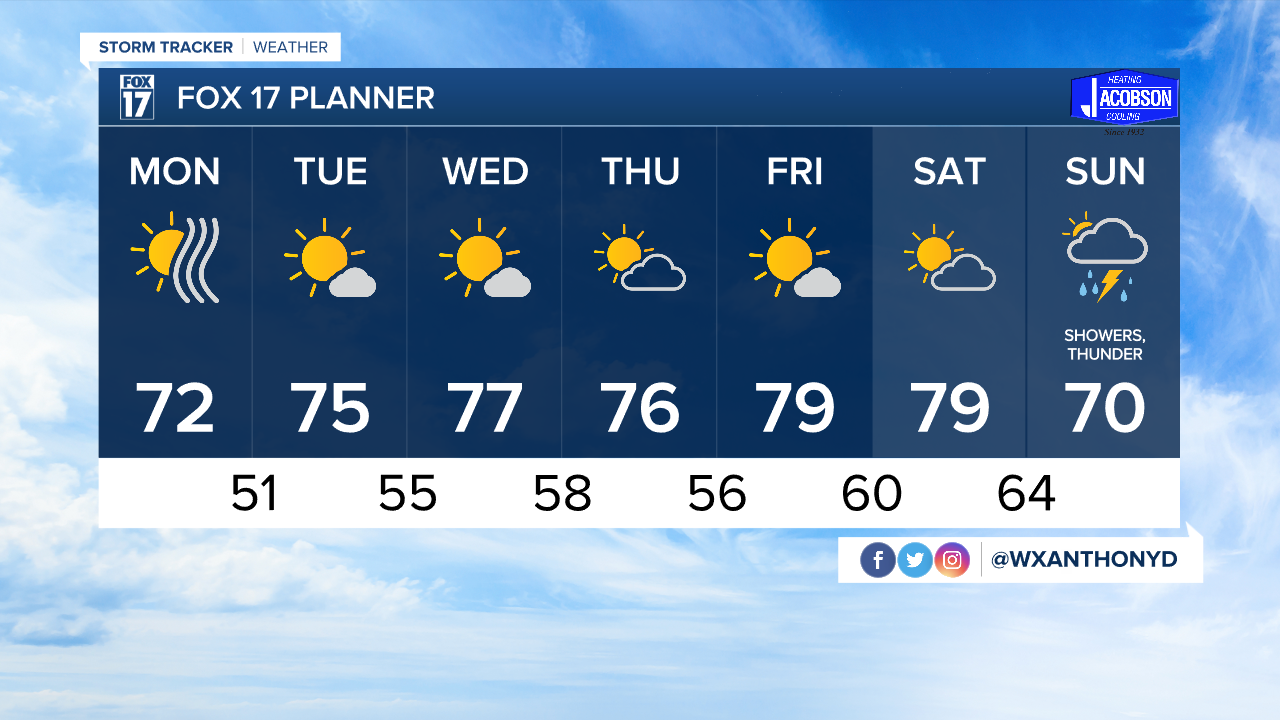 WEST MICHIGAN — The forecast from FOX 17 Meteorologist Anthony Domol: Spectacular sunshine was seen today across West Michigan and helped to push the mercury considerably higher. A max temp of 70 degrees was reached in Grand Rapids while Kalamazoo hit 72 and Muskegon 73 degrees. Some scattered high-level clouds will pass overhead tonight as western wildfire smoke makes a move back in from the west as well. Overnight lows are to be cool again, but not nearly as cool as the past few overnights. We drop into the mid 40s by daybreak Monday with afternoon temps gaining a bit more ground and hitting the lower 70s. Look for smoke to cause a filtered appearance to sunshine through perhaps much of this workweek. The dry weather of recent days is to continue with our next chance of real rainfall holding off until next Sunday.

WEDNESDAY: Mostly sunny and even a little bit warmer. Highs in the mid to upper 70s. South southwest winds at 5-15 mph.