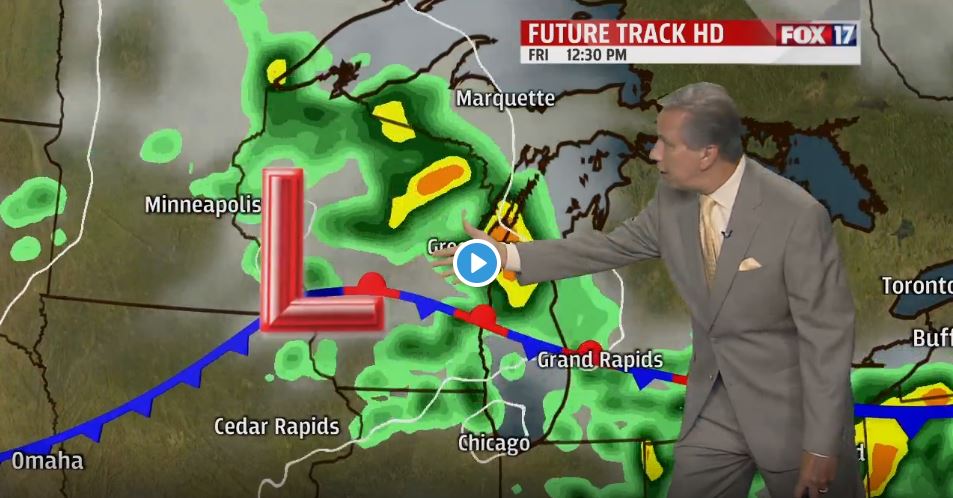 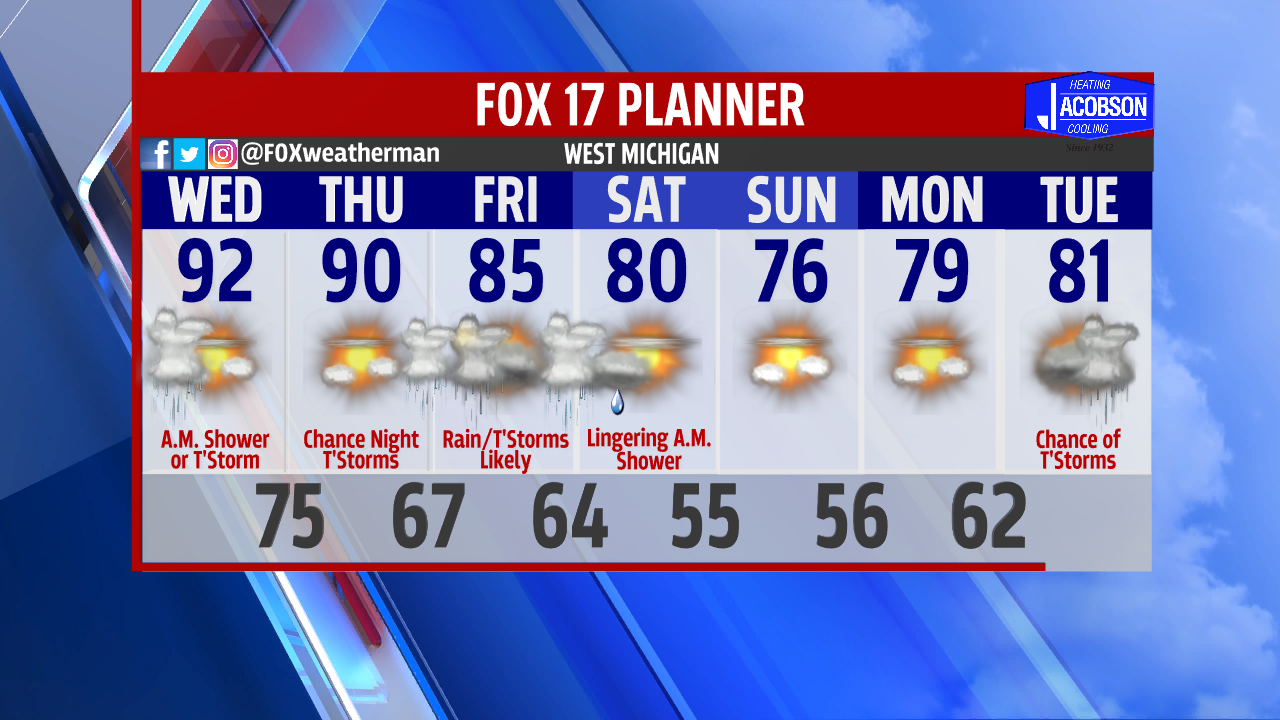 GRAND RAPIDS — The forecast from FOX 17 Chief Meteorologist Kevin Craig: A warm front will approach the area overnight, then lift to our northeast Wednesday morning. Along this front, expect a round of showers and thunderstorms to develop. The chances of severe weather are very slim, but there could be some small hail with these storms along with locally heavy downpours. It will turn hot and humid Wednesday afternoon in the wake of this warm front. Thursday looks much the same, but an approaching cold front could bring a better chance of severe weather Thursday night into Friday. An inch or two of rain is possible from this system by Saturday morning. Cooler, more comfortable temperatures are expected this weekend.

TONIGHT: Increasing clouds with a chance of showers and thunderstorms late. Lows in the mid/upper 60s. Light and variable wind becoming southeast around 5 mph.

TOMORROW: CLEAN AIR ACTION DAY... An isolated morning shower/storm is possible as a warm front lifts through the area, otherwise becoming partly cloudy, hot, and humid. Highs in the lower 90s, but heat indicies could reach the upper 90s. Light southeast wind becoming southwesterly at 10 to 15 mph in the afternoon.

THURSDAY: Partly cloudy, hot, and humid. Highs around 90°, but heat indicies could reach the mid to upper 90s. Southwest winds at 5 to 15 mph becoming westerly in the afternoon.

THURSDAY NIGHT: A chance of showers and thunderstorms, mainly late. Some of these may be strong to severe. Lows in the mid/upper 60s.

FRIDAY: Mostly cloudy with scattered showers and storms. Highs in the mid 80s.