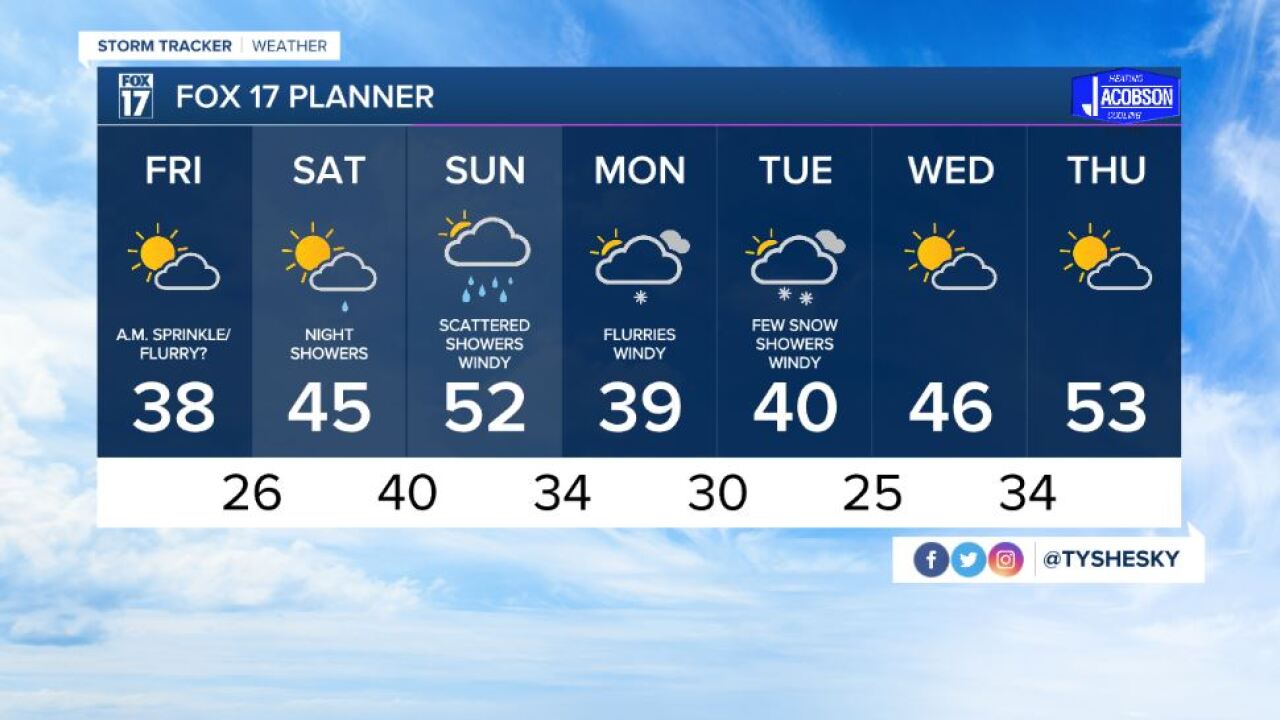 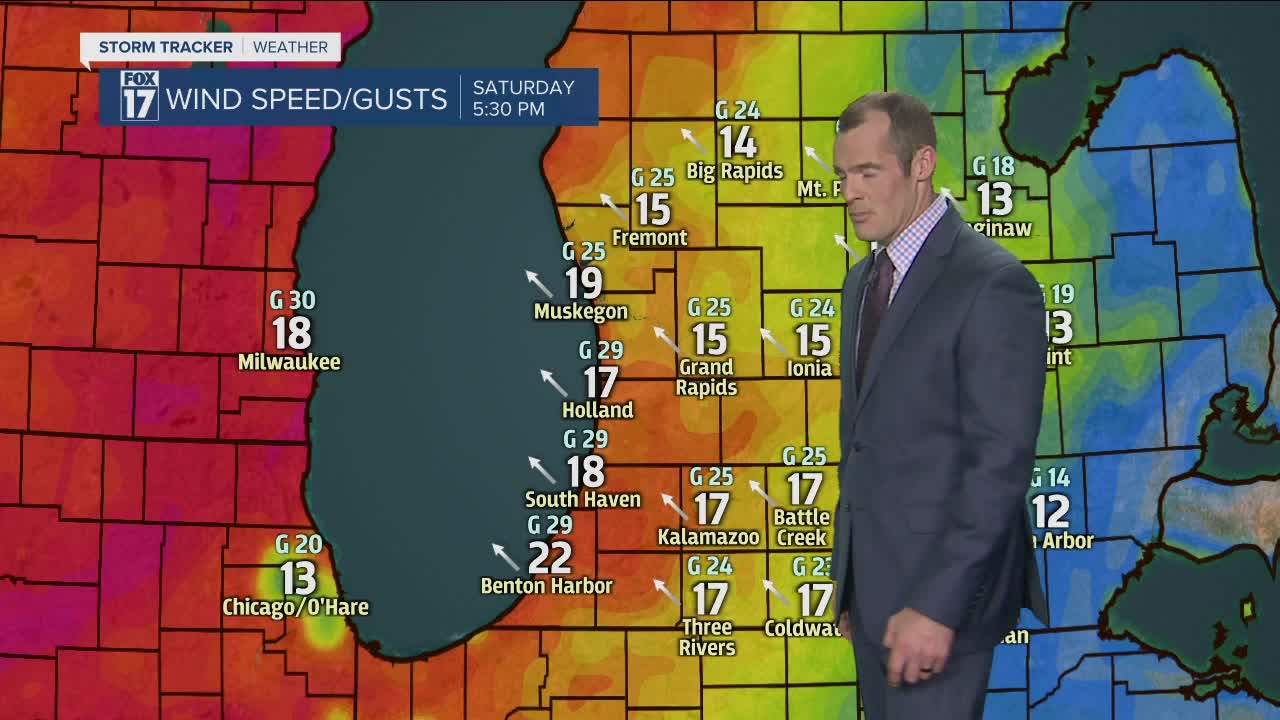 WEST MICHIGAN — The forecast from FOX 17 Meteorologist Ty Shesky: A very fast-moving weather pattern will be with us over the next several days. A series of disturbances and fronts rolling through starting late tonight and lasting through the weekend will give us hit-and-miss rain chances, with some very light snow mixing in at times. Overall, temperatures will be slightly below average for this time of year.

TONIGHT: Increasing clouds. A chance of rain showers after 1am, possibly mixed with a few wet snowflakes at times. Lows in the middle 30s. South/southeast winds at 5 to 10 mph becoming westerly and increasing to 10 to 15 mph late.

TOMORROW: Chance of a very light rain/snow mix in the morning, otherwise becoming partly cloudy. Highs in the upper 30s. West/northwest winds at 10 to 15 mph subsiding to 5 to 10 mph during the afternoon.

SATURDAY: Partly sunny. Showers develop later in the evening. Highs in the middle 40s. South winds at 5 to 10 mph increasing to 10 to 20 mph during the afternoon.