This weekend will be free of heat & humidity 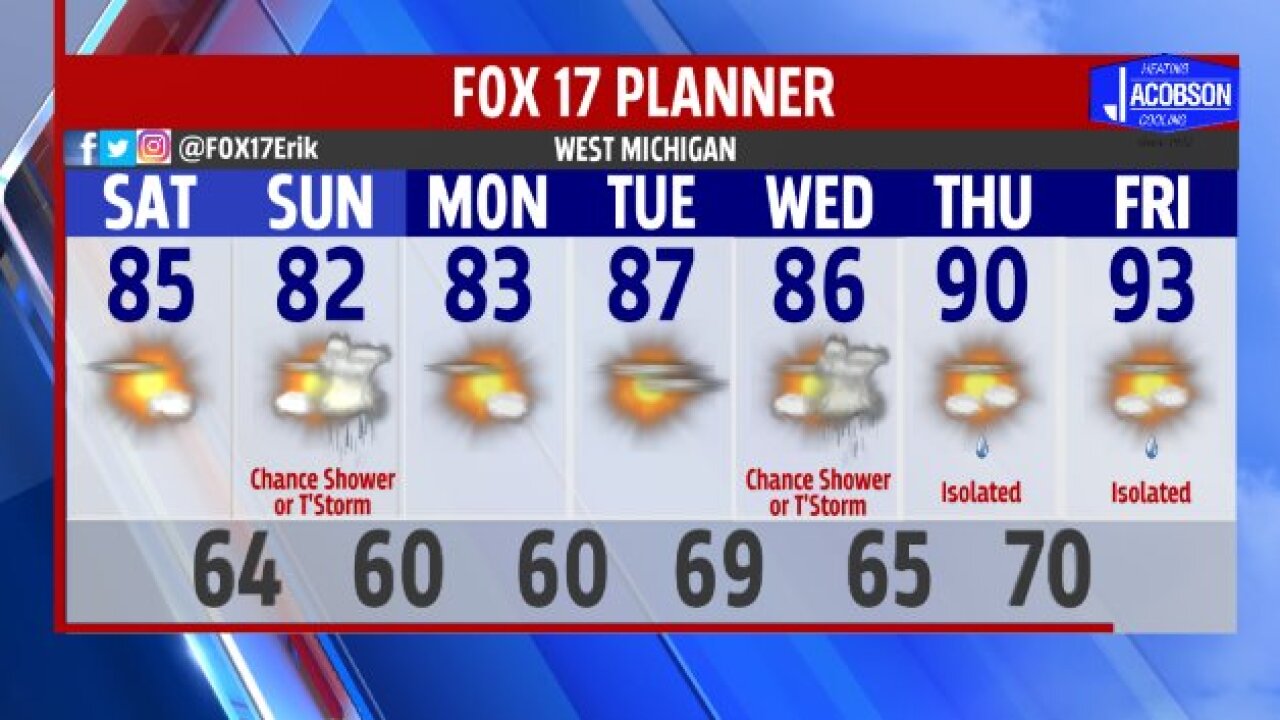 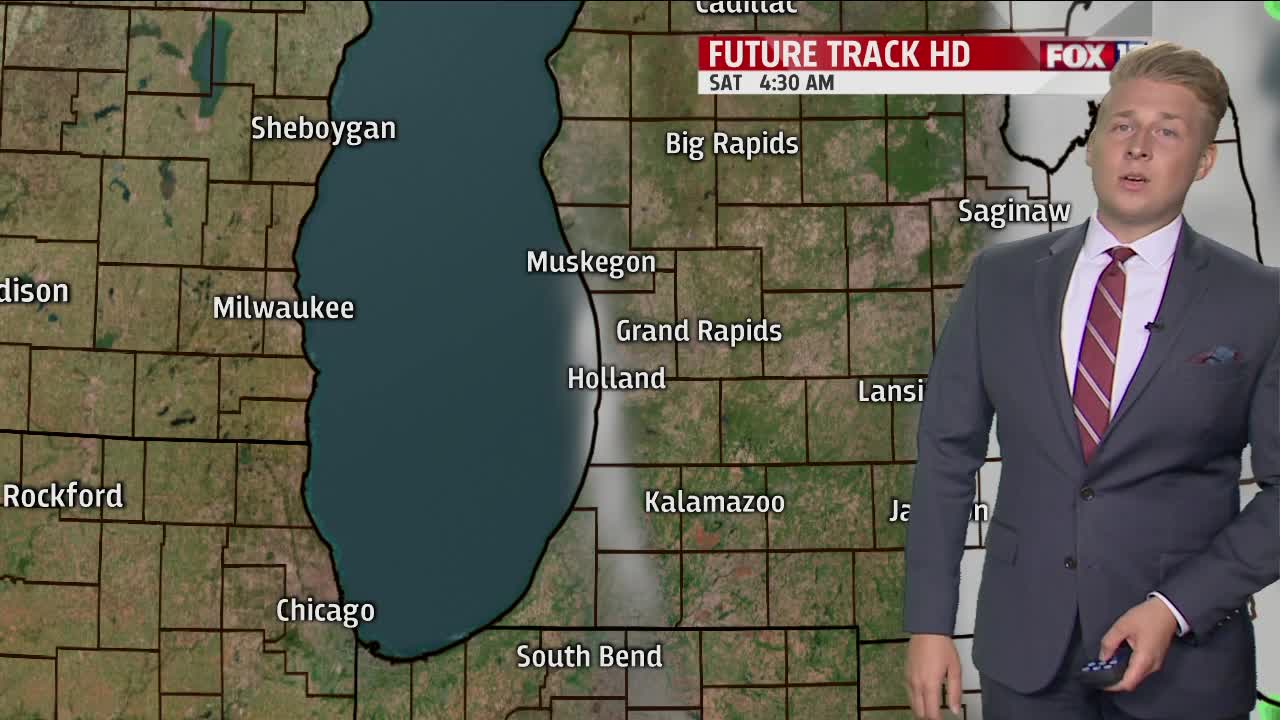 GRAND RAPIDS — The forecast from FOX 17 Meteorologist Erik Kostrzewa: Rain between 1" to 3" had fallen in some spots since yesterday afternoon as the rain winds down this evening. Our heatwave will ended today as temperatures only made it into the lower 80s. Temperatures will remain in the lower and middle 80s through Monday with lower humidity! The only other chance of rain over the weekend will be on Sunday, but most will stay dry. Another heatwave will likely build by the end of next week as we spike back temperatures into the 90s.

TONIGHT: Mostly clear with falling humidity. Lows in the mid to upper 60s.

SATURDAY: Mostly sunny and slightly cooler and drier. Highs in the middle 80s.

SUNDAY: Partly cloudy and cooler. Chance of an isolated shower/t'storm. Highs in the lower/middle 80s.