Tonight's Forecast: Mild with additional rain holding off until daybreak

Temps will hold in the 60s overnight 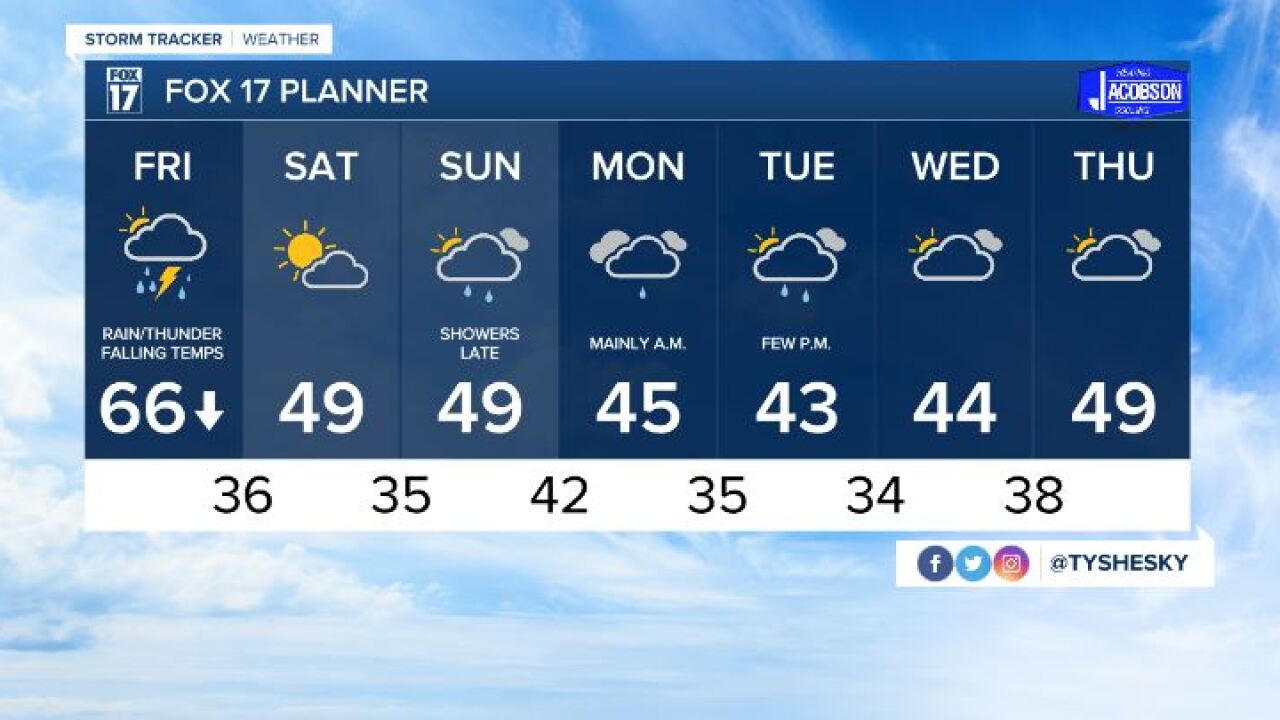 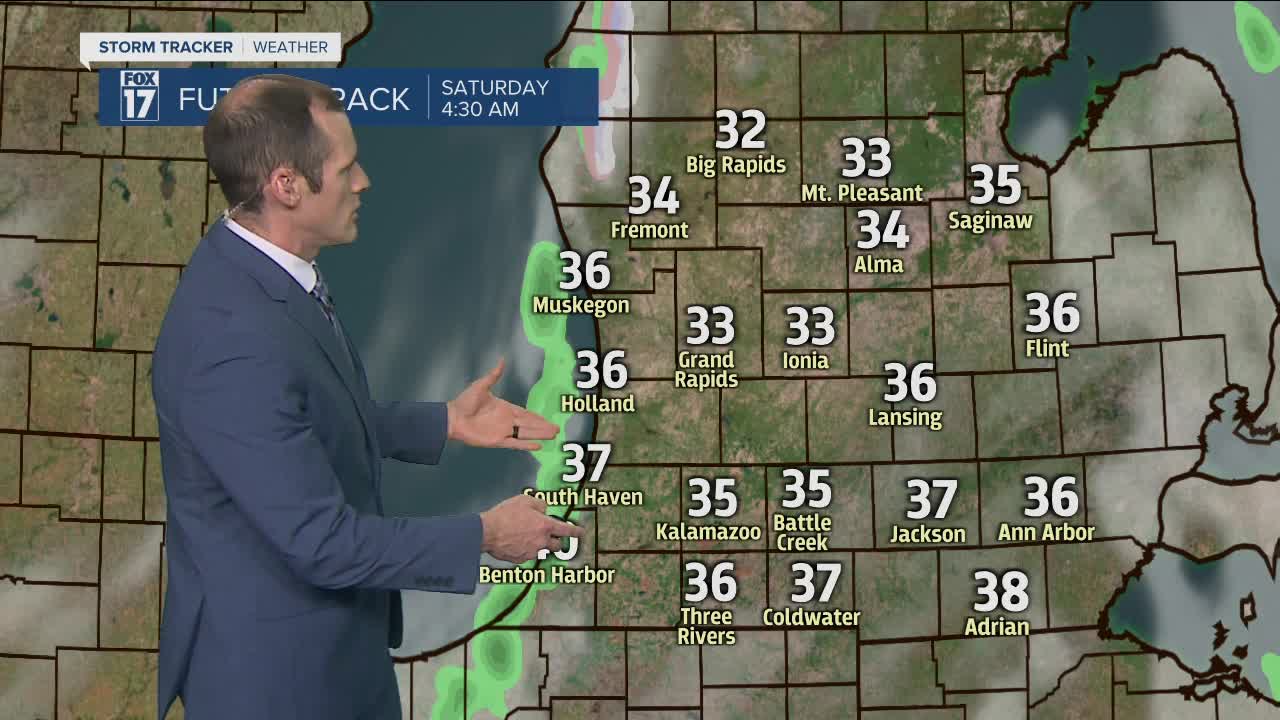 TONIGHT: Breezy and warm with partly to mostly cloudy skies. Showers developing towards daybreak. Steady or rising temperatures in the 60s. South/southwest winds at 10 to 20 mph.

TOMORROW: Mostly cloudy with showers and storms likely with a cold frontal passage. Still mild with highs in the mid/upper 60s in the morning, but temps fall during the afternoon behind the front. Evening temperatures will be in the low/mid 40s. Southwest winds at 10 to 20 mph becoming northwest in the afternoon.

TOMORROW NIGHT: Decreasing clouds and cooler. Lows in the middle 30s. North/northwest winds at 5 to 10 mph.

SATURDAY: Partly sunny and cool. Highs in the upper 40s to around 50°.

SUNDAY: Mostly cloudy with rain showers developing late in the day. Highs in the upper 40s.