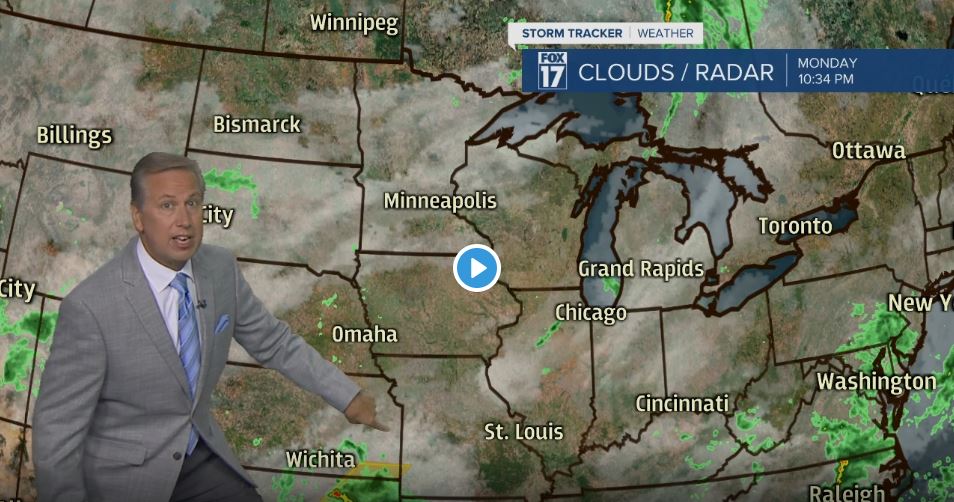 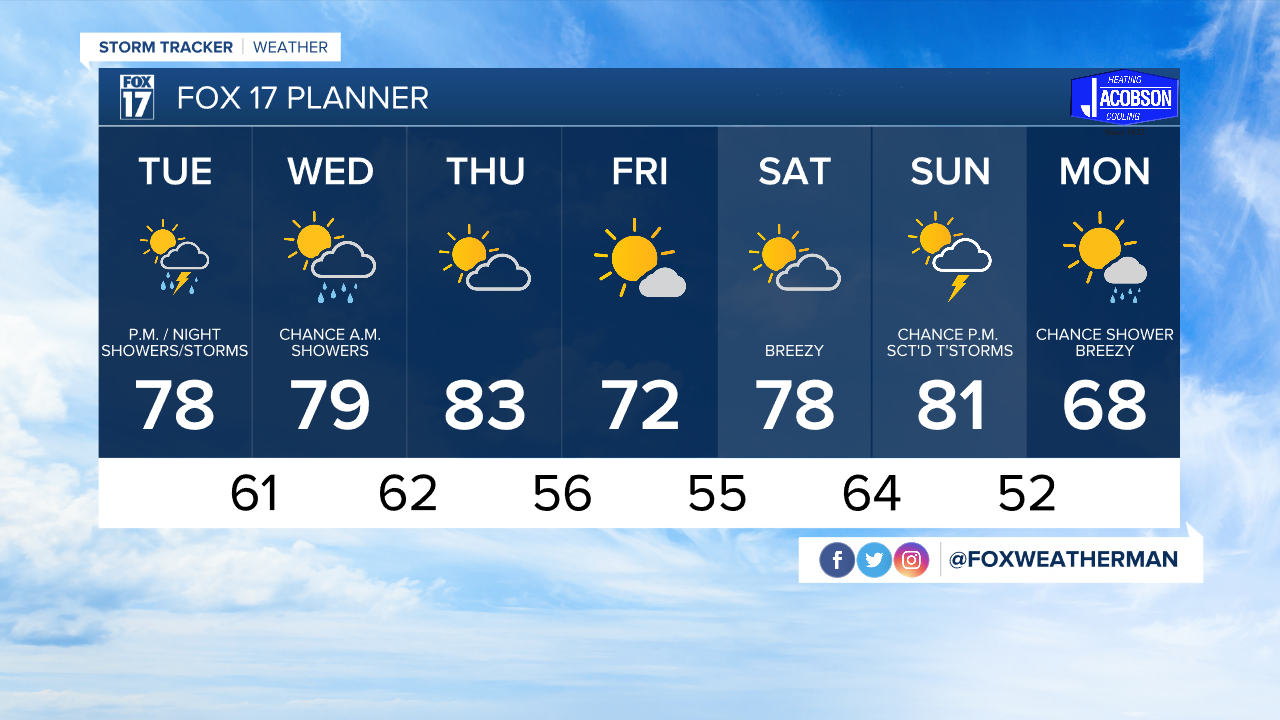 GRAND RAPIDS — The forecast from FOX 17 Chief Meteorologist Kevin Craig: Shower and thunderstorm chances will be with us through Wednesday morning as an area of low pressure slowly rides up over Michigan along a stalled front. Temperatures will be a bit warmer compared to what we had over the weekend, especially at night. September will usher in cooler temperatures, generally, over the next couple of weeks. That said, we'll still hit some upper 70s and lower 80s, but overall, cooler numbers are expected.

TONIGHT: Variably cloudy with a chance of sprinkles or light rain showers. Lows in the lower 60s. Winds south/northwest at 5 to 10 mph.

TOMORROW: Partly sunny with a chance of afternoon showers and thunderstorms. Highs in the upper 70s. Light and variable wind.

WEDNESDAY: A chance of morning showers, otherwise becoming partly cloudy in the afternoon. Highs in the upper 70s to around 80°. West winds at 5 to 10 mph.

THURSDAY: Partly cloudy and breezy. Highs in the low/middle 80s.